Title: BREEDING INSIGHTS: Half-brother to Arc hero on the rise

Tunnes, am emerging juvenile talent in Germany, is a half-brother to this year's Arc winner, writes Leo Powell 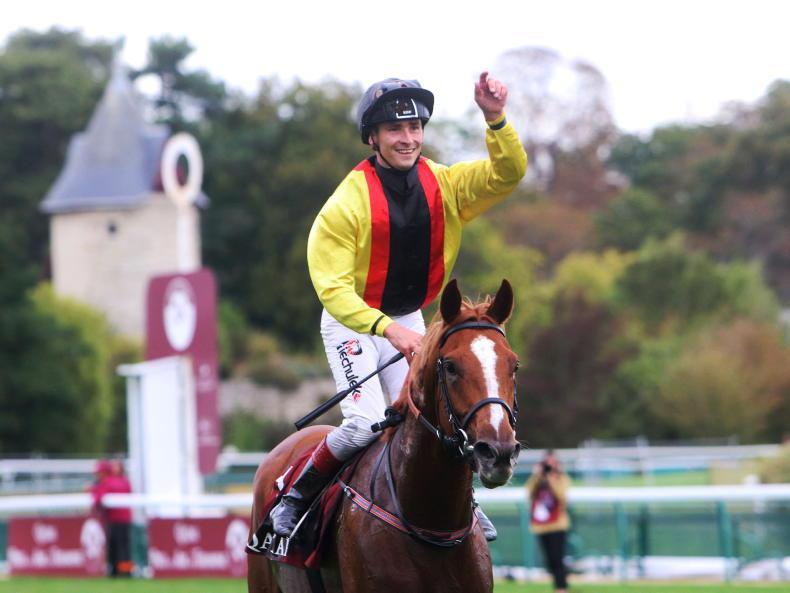 THE last two winners of the Group 3 Herzog von Ratibor-Rennen at Krefeld were subsequent Group 2 winners Wonderful Moon and Mythico. Can this year’s winner, Tunnes, go one better and win at Group 1 level? The odds are good as he is a half-brother to no less than the 2021 Group 1 Prix de l’Arc de Triomphe winner Torquator Tasso (Adlerflug).

He has an interesting piece of inbreeding, being a grandson of Tertullian (Miswaki), while his third dam Turbaine (Trempolino) is the dam of Tertullian. Tunnes is the first stakes winner or stakes performer for Tertullian’s Group 1 winning son Guiliani, and comes from his second crop. The sire has only had 21 runners, eight of which have won.

Tunnes’ owner Holger Renz paid €38,000 for the colt last year at the BBAG September Sale, though he has yet to earn that back in spite of emerging as a leading juvenile this year. That said, with his sibling establishing himself as a leading European performer, it is likely that there will be offers galore for Tunnes.

Tunnes is the fourth foal of his dam Tijuana (Toylsome), her second winner, and she has a yearling full-brother to the Arc winner. Toylsome (Cadeaux Genereux) raced for seven seasons, started 36 times, and as a three-year-old won the Group 3 Grosser Preis von Berlin. He then sprang a 100/1 surprise when, on his penultimate start, he won the Group 1 Prix de la Foret as an eight-year-old entire.

Allegretta (Lombard) is the group-placed fourth dam of Torquator Tasso, but she has an even closer connection to a Prix de l’Arc de Triomphe winner. She is the grandam of Sea The Stars (Cape Cross), the 2009 winner, which also makes her the grandam of none other than the multiple champion sire Galileo (Sadler’s Wells).