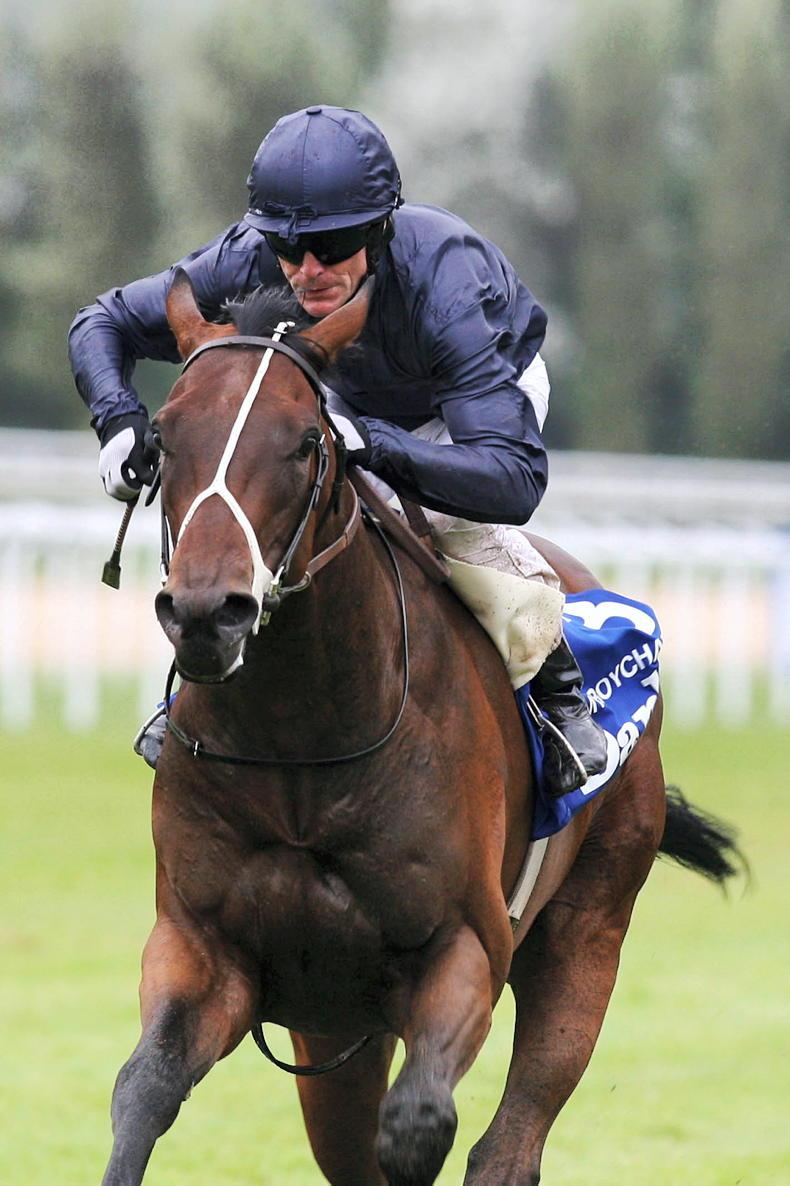 Myboycharlie, winning the Group 1 Prix Morny at Deauville under Kieren Fallon for trainer Tommy Stack, is the sire of My Fancy \ APRH

OWNED and bred by Abdullah Al Maddah, My Fancy (Myboycharlie) won the Listed Prix Herod at Saint-Cloud at the weekend. This was his second success in four outings, all in less than two months. He has shown steady improvement and is certainly one for the notebook.

His dam Fancy Green (Muhtathir) was also bred and raced by Abdullah Al Maddah, and she won on her debut at three, the first of just five starts. At stud she has had a foal every other year, four colts to date. The latest is a 2021 son of Saxon Warrior (Deep Impact), but the first three are winners, and all have made a mark.

First up was Fancytastic (Mastercraftsman) and, while he won on the flat, he was better over jumps and was successful three times over timber, and placed in the Listed Prix Dawn Run Hurdle.

Admirable as this was, it was eclipsed by his half-brother Mkfancy (Makfi), winner two years ago of the Group 1 Criterium de Saint-Cloud. Now, with her third foal, Fancy Green has a third stakes performer.

Myboycharlie (Danetime) was trained by Tommy Stack and won the Group 1 Prix Morny at two and ran third to New Approach in the Group 1 National Stakes. He ran below his best in two starts at three and went to stud.

His stud record is admirable, with five Group/Grade 1 winners, notably Sistercharlie whose victory in the Breeders’ Cup Filly and Mare Turf was one of seven wins at the highest level. Myboycharlie is responsible for 18 stakes winners, and this year he covered at the Jockey Club of Turkey Stud Farms for a fee of €10,000.