Title: BREEDING INSIGHTS: FOR THE NOTEBOOK: Jackie Mullins planning to be in the Pink 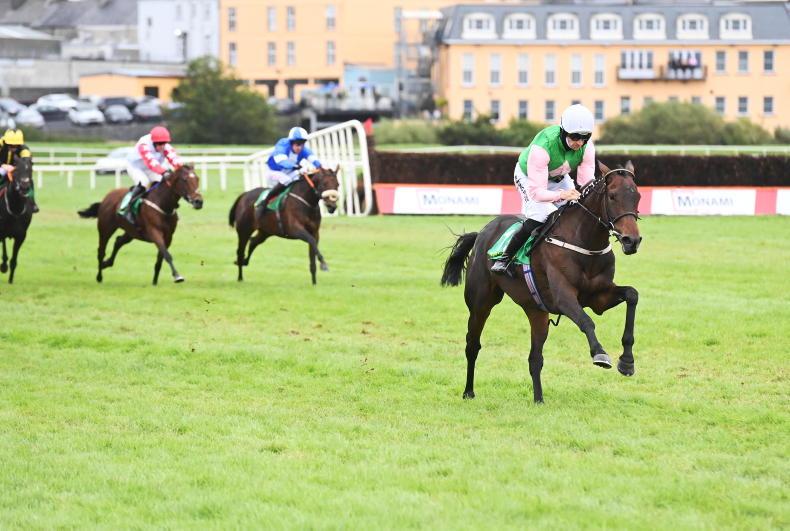 Pink In The Park and Patrick Mullins win easily

Jackie Mullins planning to be in the Pink

THERE will be no surprise that Pink In The Park is my choice for ‘one to watch for’. The only surprise if that it has taken so long to include her in the column, given that she romped to victory on her only start in a bumper at Listowel in last September.

However, Patrick Mullins has been sweet on the four-year-old daughter of Walk In The Park (Montjeu), and he knows a thing or two about the family.

Pink In The Park is owned and was bred by Patrick’s mother, Jackie. She was making her debut when she won at the Co Kerry venue. She is the third winning offspring of Pink Hat (Presenting) who raced for Jackie and was trained by Willie. Bought as a four-year-old through Harold Kirk for €54,000, Pink Hat won two bumpers and two hurdle races, with Patrick in the saddle on three occasions. Ruby Walsh rode her to her other hurdle success.

Pink Hat was bred by Ken Parkhill, and this is a family that, for obvious reasons, features time and again in these columns. Pink Hat was one of the early foals out of the unraced Victorine (Un Desperado), and she is now one of that mare’s six winning offspring. Heading that sextet is the Grade 1 Cheltenham novice hurdle winner City Island (Court Cave), while his unraced half-sister Molly Duffy (Oscar) bred the Grade 2 winning hurdler Fury Road (Stowaway).

The third dam of Pink In The Park is the unraced High Board (High Line), and what a mare and influence she has been at stud.

Willie Mullins trained Walk In The Park’s two outstanding sons, Douvan and Min, and he could well develop Pink In The Park into a racemare of the highest quality. Her debut run suggests she has taken the first step on that ladder. 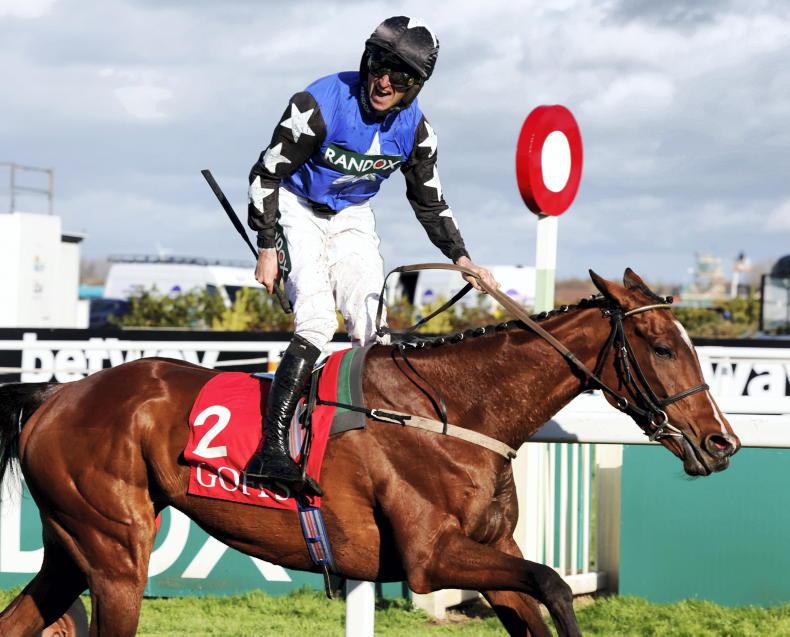 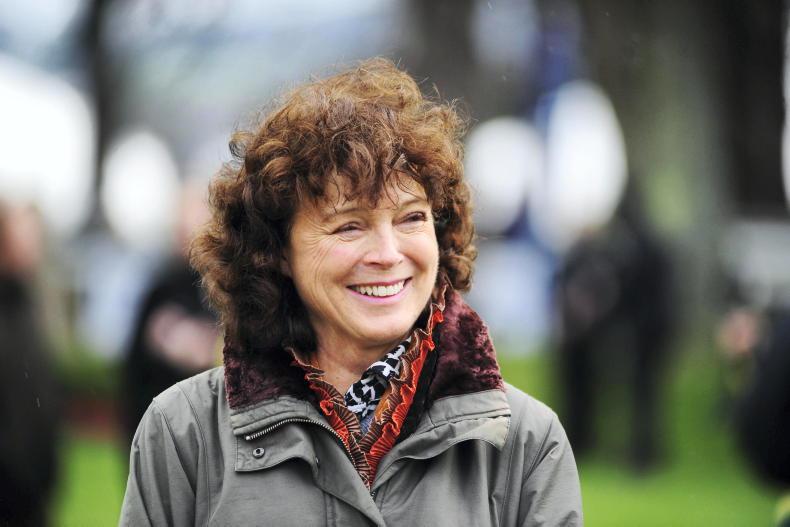 CHELTENHAM 2021: Closuttons's First Lady
Patrick Mullins charts a day in the life of one of the key players in the Mullins team - his mother Jackie 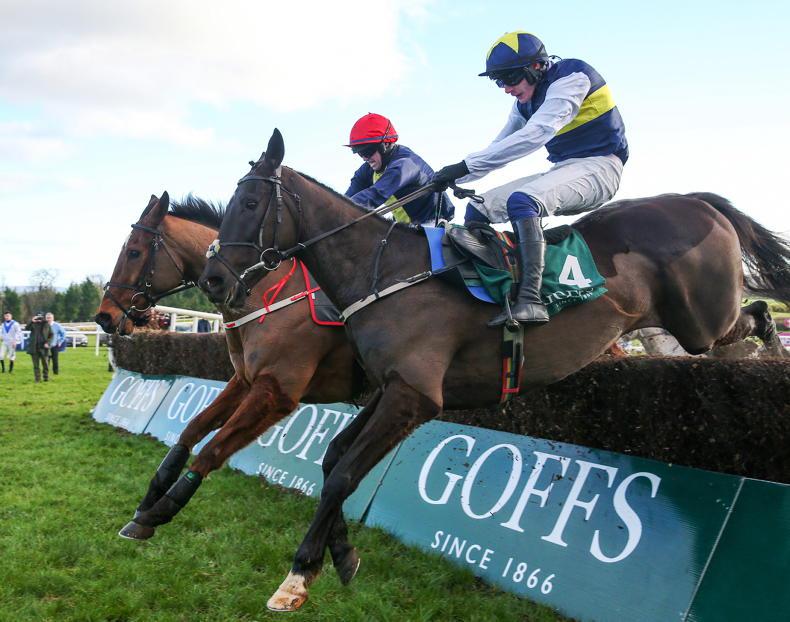 Ronan Groome
NEWS: Mullins aiming to extend Thyestes record
The champion trainer has seven of the 27 entries for the Goffs Thyestes Chase at Gowran Park on Thursday 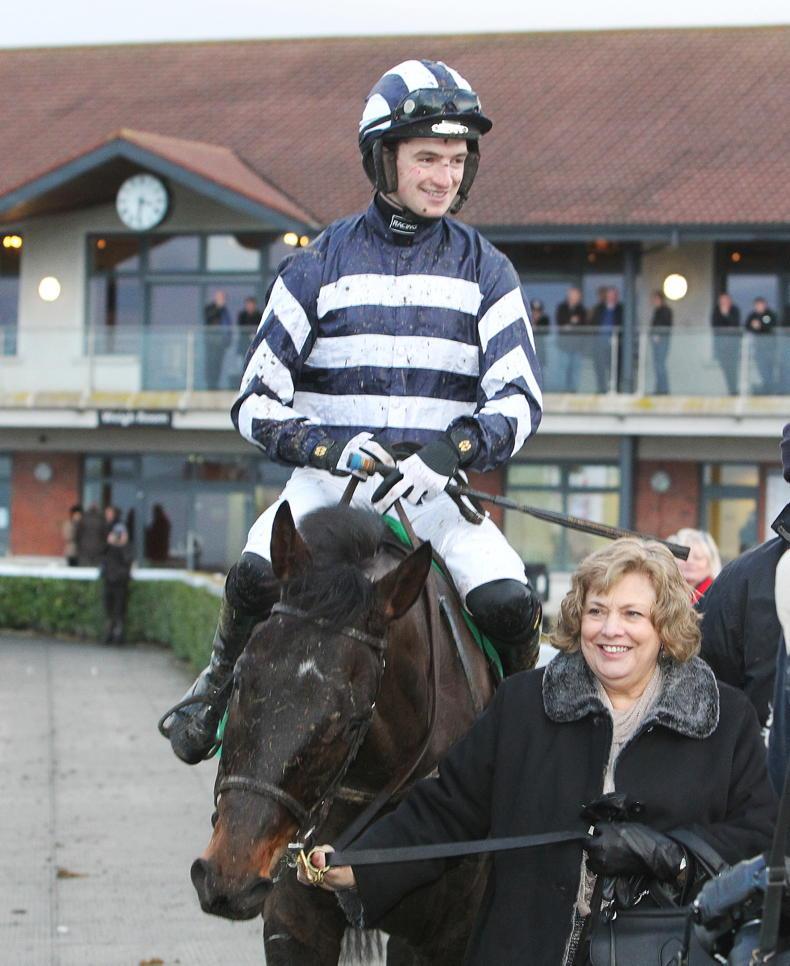