Title: BREEDING INSIGHTS: FOR THE NOTEBOOK 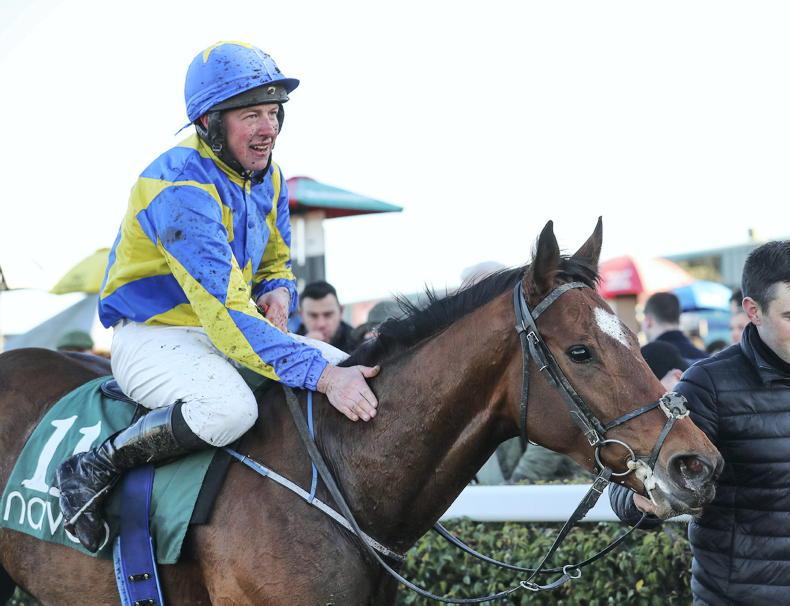 A HORSE to watch is Declan Queally’s recent Navan hurdle winner Noah’s Light, a four-year-old son of Leading Light (Montjeu) who was showing a liking for the Co Meath track where he was placed on his only other racecourse appearance. He had pulled-up on his sole run between the flags.

He is from the second crop of the Group 1 St Leger and Ascot Gold Cup winner Leading Light, and they were two of that horse’s eight racecourse victories. He almost added a second St Leger success when he was runner-up in the Irish version.

Noah’s Light was bred by Brian Kiely and sold to Minch Bloodstock as a foal for just €4,000. He has two winning siblings, both successful on three occasions, and they are Dolly Dancer (Yeats) and Oscars Moonshine (Oscar). They are all out of the bumper winner Scrapper Jack (Whitmore’s Conn).

That mare brought €40,000 when she sold as a foal to John Dineen. She was a half-sister at the time to the promising Fair Along (Alkalde), a German-bred who won four flat races and went on to be successful nine times over hurdles and three times over fences,. Runner-up in the Grade 1 Triumph Hurdle, his wins over the smaller obstacles included two editions of the Grade 2 Yorkshire Hurdle.

Runner-up at Grade 1 level over fences too, and placed in the Queen Mother Champion Chase, he was twice successful in Grade 2 races over the larger obstacles. Fair Along was joined as a blacktype winner under National Hunt rules by his year-younger half-sister Fairyland (Tertullian).