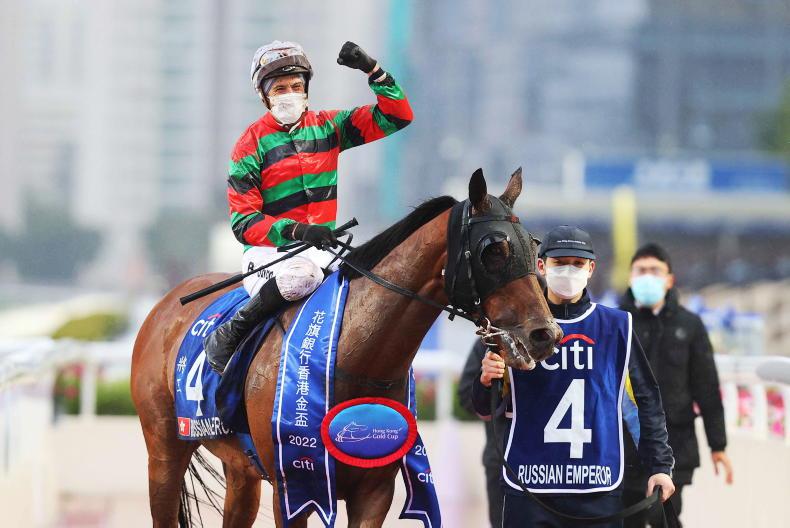 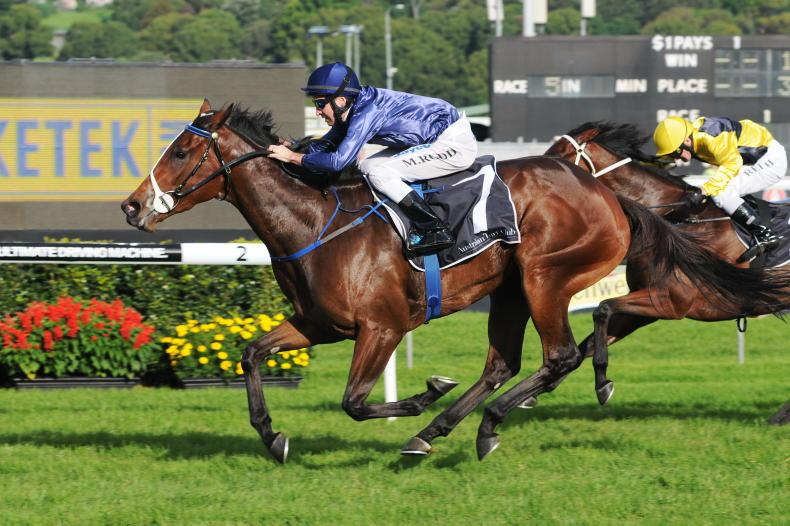 NINETY-THREE and 193. The significance of these numbers is that they are the total of individual Group/Grade 1 winners and Group/Grade 1 wins to date for the late, and never to be forgotten, Galileo (Sadler’s Wells) who died last year.

These figures are now heading inexorably towards the landmarks of 100 and 200 respectively, and will further cement Galileo’s reputation as one of the great stallions of all time. The latest numbers were reached following victory for the ex-Ballydoyle inmate Russian Emperor in the Group 1 Hong Kong Gold Cup at Sha Tin. Twice successful when trained by Aidan O’Brien, including in the Group 3 Hampton Court Stakes at Royal Ascot, Russian Emperor finished seventh behind Serpentine in the Group 1 Derby at Epsom on his fifth and final run for Ballydoyle.

Incredibly, this week’s victory was his first in a dozen runs in Hong Kong, and yet he has garnered winnings of more than £1.8 million at Sha Tin, and his placed efforts include being runner-up in both the Hong Kong Derby and the Hong Kong Classic Cup, and being placed twice more at Group 1 level.

Russian Emperor is a first Group 1 winner sired by Galileo from a daughter of Fastnet Rock (Danehill), but that dam was no ordinary racemare.

Atlantic Jewel was the champion filly at three in Australia, and two years later was again voted champion mare down under. During her outstanding career she won 10 times and four of these were in Group 1 races. Most remarkable of all is that she only raced 11 times.

Trained by Mark Kavanagh, Atlantic Jewel was bought by Coolmore for A$320,000 at the Gold Coast Yearling Sale and was by their own stallion, Fastnet Rock, winner of the Group 1 Lightning Stakes and Oakleigh Plate. She raced for Coolmore and partners and won just short of A$1.6 million in her racing career, one that embraced just two seasons of competition.

She was unbeaten at three, though few might have easily predicted the heights Atlantic Jewel would scale when she won a maiden at Geelong and two handicaps in just a month. Her fourth start was a major step up in class, tackling the Group 1 Schweppes 1000 Guineas which she won by three lengths, beating the multiple Group 1 winner Mosheen among others.

A leading fancy for the Oaks, injury was to see Atlantic Jewel side-lined for the first time in her career, but in late autumn she crowned her sophomore season with a victory in the Group 1 All Aged Stakes at Randwick. Unfortunately a tendon injury was to rule her out of a four-year-old season, but thankfully she was not rushed off to stud and she returned at five.

Atlantic Jewel did not have an easy return, the Group 1 Memsie Stakes at Caulfield marking her first run for 16 months. She faced a top-class field but treated them with contempt, winning with something in hand.

Two weeks later she added a Group 2, just a week before she tackled the Group 1 Underwood Stakes and met defeat for the only time in her career, being pipped by the Sydney Triple Crown winner It’s A Dundeel. Her career swansong came in the 2013 Group 1 Caulfield Stakes, and Atlantic Jewel won by four lengths on just her second time to run over 10 furlongs.

She then moved to Europe and a largely exclusive mating with Galileo. Her first two runners are the winners Pacific Ocean and Russian Emperor, but sadly Atlantic Jewel died from a haemorrhage in August 2020 after giving birth to a colt by Triple Crown winner Justify (Scat Daddy).

Atlantic Jewel is the first foal from Regard (Zabeel), and that winning mare had the distinction of breeding back-to-back Group 1 Schweppes 1000 Guineas winners, her daughter Commanding Jewel (Commands) being victorious in the race 12 months after her sibling.

Regard is one of nine winners from Nanshan (Nashwan), a twice-placed mare who was bought at the 1997 Tattersalls December Sale for 110,000gns by Kieran Moore Bloodstock. There is another Australian Group 1 winner in the immediate family, Regard’s half-sister Lady Beckworth (General Nediym) being the dam of the top-level heroine I Am Excited (Snitzel).

Nanshan may not have won, but in the year that she was sold to Australia her half-sister Embassy (Cadeaux Genereux) was voted the best two-year-old filly in Europe, thanks to winning the Group 1 Cheveley Park Stakes. In so doing she was replicating the win in the same race nine years earlier by her dam, Pass The Peace (Alzao).

Embassy has done her part to enhance the family, being grandam of the Group 1 Prix Maurice de Gheest winner King’s Apostle (King’s Best) and third dam of a pair of Chilean Group 1 winners, the own-brothers Flyer (Scat Daddy) and Fantasmagorico.