Leo Powell recalls the exploits of the mighty Denman, whose relative Vienna Court won at Cheltenham on New Year's Day 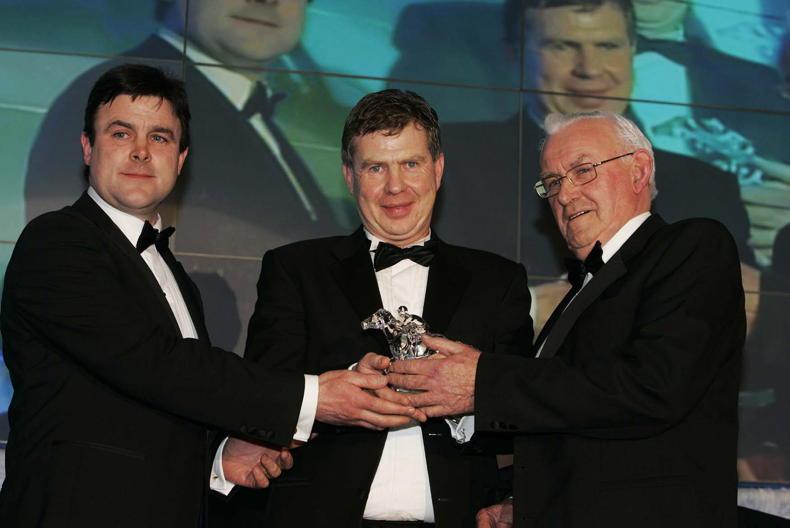 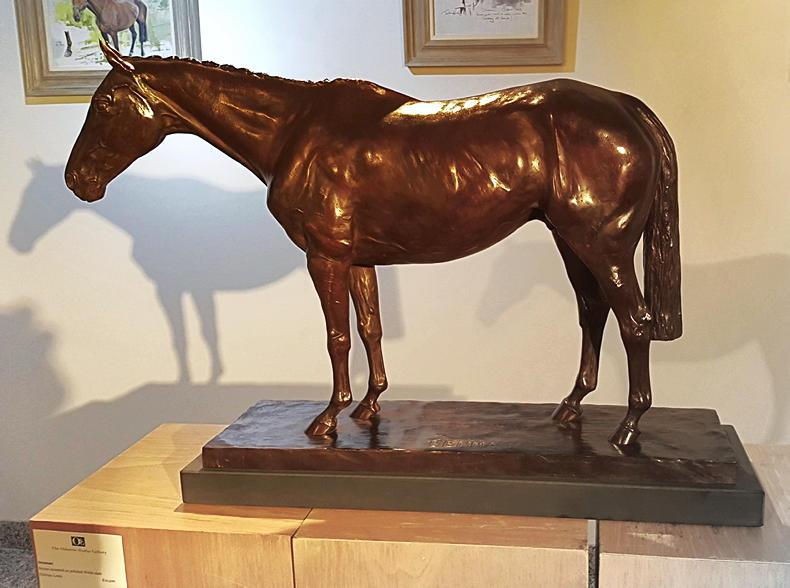 Denman is commemorated in bronze by Tristram Lewis
Previous Next

THE Grade 3 New Year’s Day Handicap Chase at Cheltenham was won by the seven-year-old Mahler (Galileo) mare Vienna Court, and she joined Grade 2 chase winner Manofthemountain as the second blacktype winner by the stallion and out of a Presenting (Mtoto) mare.

The breeder of this big race winner is Colman O’Flynn junior, the appendix distinguishing him from his father of the same name who bred the most famous runner in the family, Denman (Presenting). What a star he was, and what popularity he enjoyed, graduating from the point-to-point sphere where he won, to be successful four times over hurdles and 10 times over fences.

Denman first demonstrated his class over hurdles, winning the Grade 1 Challow Hurdle at Cheltenham before meeting defeat for the first time behind Nicanor at the Festival when he was runner-up in the Sun Alliance Novices’ Hurdle. In fact, it was the only time a horse finished in front of him in his first 15 outings under all codes, a run of victories that saw him back at Prestbury Park to add the Grade 1 RSA Chase and the Gold Cup to his tally.

After that he won one more time, though he was second in three consecutive Gold Cups. Other racing highlights were his victory at Leopardstown in the Grade 1 Lexus Chase, and his two wins in the Grade 3 Hennessy Gold Cup. Denman died in 2018.

One Grade 1 winner in a family is enough to carry it for some years, but Denman had a full-brother, Silverburn (Presenting), one year his junior, and he won a pair of Grade 1 races, one each over hurdles and fences.

They were among nine offspring of Polly Puttens (Pollerton) and Far Horizon (Phardante) came close to giving her a third Grade 1 winner when Nicky Henderson sent him to Punchestown for the Champion Bumper, only to be denied by Liss A Paoraigh.

Polly Puttens raced four times and was never in danger of troubling the judge. Her lack of racing ability did not hinder her in the breeding shed and she has also made quite an impact through her daughters. Six-time winner Potter’s Gale (Strong Gale) was the best of her fillies on the track, and at stud she bred the Grade 2 bumper winner Kayf Grace (Kayf Tara) and is grandam of last year’s promoted Grade 3 bet365 Gold Cup winner Potterman (Sulamani).

Miss Denman (Presenting), a full-sister to Denman, is responsible for Polly Peachum (Shantou) and she came agonisingly close to a Grade 1 win at Cheltenham, only denied by Glens Melody, but was successful in four listed contests.

Polly’s Present (Presenting) is another of Denman’s full-siblings and her son Hearts Are Trumps is granted Grade 1 winning status in sales catalogues thanks to his Grade A hurdle win at Fairyhouse.

Presenting is an ever-present feature in the family, and Denman’s unraced half-sister Polly Puttens (Snurge) bred the listed Ascot bumper winner Didtheyleaveuoutto and, yes, he too is a son of the former Rathbarry stalwart.

Closer to home, one of Polly Puttens’ winning daughters was Southcoast Gale (Strong Gale), successful in a point-to-point and over hurdles. She had five racecourse winners and two of them, four-time winner Whisky Yankee and dual winner Lindeman, are full-siblings to the dam of Vienna Court, the unraced Gales Present.

The latter mare got off to a stuttering start at stud, neither of her first two foals, both fillies, being named. Vienna Court was next and she is followed by the unraced Spring Meadow (Fame And Glory). He is in training with Nigel Twiston-Davies for owner Dai Walters.