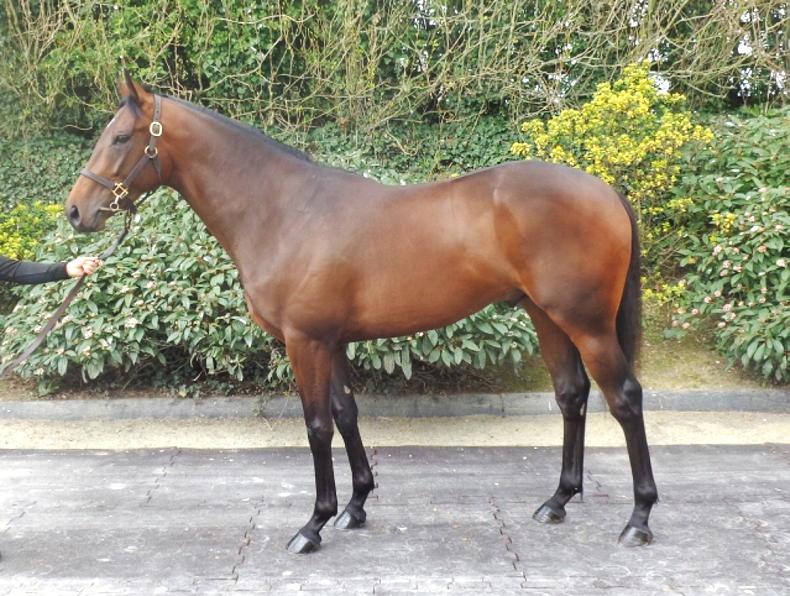 Sakheer as a two-year-old before he sold for €550,000 at the Arqana Breeze Up Sale 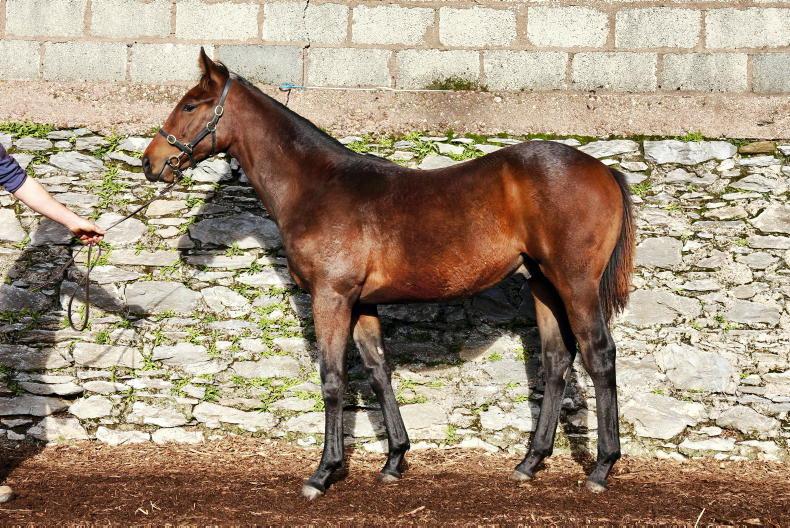 Sakheer as a foal \ Tattersalls
Previous Next

SAKHEER was the highlight on a special day for Roger Varian. On Saturday, the trainer saddled seven winners from his Carlburg Stables, six days after landing the Group 1 St Leger with Eldar Eldarov.

Another common thread between those two horses is that they are both in the ownership of Sheikh Khalid’s KHK Racing, and, who knows, he may yet have another classic colt in his ownership. On just his third start, Sakheer was a hugely impressive winner of the Group 2 Mill Reef Stakes, and it was clear in the aftermath that the colt’s trainer holds him in the highest regard.

Bred by Conor and Deirdre Cashman’s Drumlin Bloodstock, and sold as a foal from the Motherway’s Yellowford Farm for 80,000gns to Camas Park Stud, the son of Zoffany (Dansili) failed to find a buyer in the ring last year at Keeneland, but he was to make another transatlantic trip to Ireland, and Willie Browne’s Mocklershill. He resurfaced this May at the Arqana Breeze-Up Sale where bloodstock agent Oliver St Lawrence chose him, paying €550,000.

While Sakheer has earned a mere £55,000 to date, it is safe to say that his potential sale value is a few multiples of his cost just four months or so ago.

What too of the value now of Sakheer’s yearling half-brother by Exceed And Excel (Danehill)? He sold last year for 50,000gns to Tom and David Brickley’s Ard Erin Stud, which is based in Co Laois, and he will be their only offering in Book 2 of the Tattersalls October Sale.

Last year Ard Erin Stud turned an €8,000 foal purchase by Make Believe into a yearling sale for £85,000, their first ever pinhook. Now lightening looks likely for a second time.

Sakheer is the third winner for his dam, the Arcano (Oasis Dream) mare Shortmile Lady, and these have come from her first four living foals, the odd one-out having been placed and who looks capable of winning in the future.

Meanwhile, waiting in the wings, in the sixth progeny of Shortmile Lady, a filly foal by Sea The Stars (Cape Cross).

One of the previous winners from Shortmile Lady is the Group 2 Kilboy Estate Stakes winner Lemista (Raven’s Cross). In fact, four of that mare’s five wins have come in blacktype races, including this year’s Grade 3 Matchmaker Stakes in the USA, the Group 3 Park Express Stakes at Naas and the Listed Victor McCalmont Memorial Stakes at Gowran Park. She was third last year in the Grade 1 Beverly D. Stakes at Arlington.

There is a small splattering of blacktype winners and placed horses under Lemista’s third dam Minifah (Nureyev), but she in turn was a half-sister to an outstanding runner in Winning Colors (Caro), one of only three fillies ever to win the Grade 1 Kentucky Derby.

Unbeaten at two, Winning Colors beat the colts in the Grade 1 Santa Anita Derby in the spring of 1988, successful by almost eight.

While she never bred anything approaching her own standard at stud, she had two stakes-placed winners, Winning Colors is the grandam of the Grade 1 Alabama Stakes winner Eskimo Kisses (To Honor and Serve) who was sold at Keeneland in 2019 for $2,300,000 to Shadai Farm.

Zoffany died last year but he will continue to add to an already fine stud career record. Though he sired the Italian Group 1 winner Ventura Storm in his first crop, Zoffany was not to have another until four crops later, when Albigna won the Prix Marcel Boussac. His 2018 crop doubled up his juvenile Group 1 tally when Thunder Moon captured the National Stakes, and that crop also numbered classic and dual Group 1 winner Mother Earth among its number.

This year the three-year-old Prosperous Voyage took Zoffany’s Group 1 tally of winners to five, while you need to double that for his number of winners at group 2 level, Sakheer being the latest.