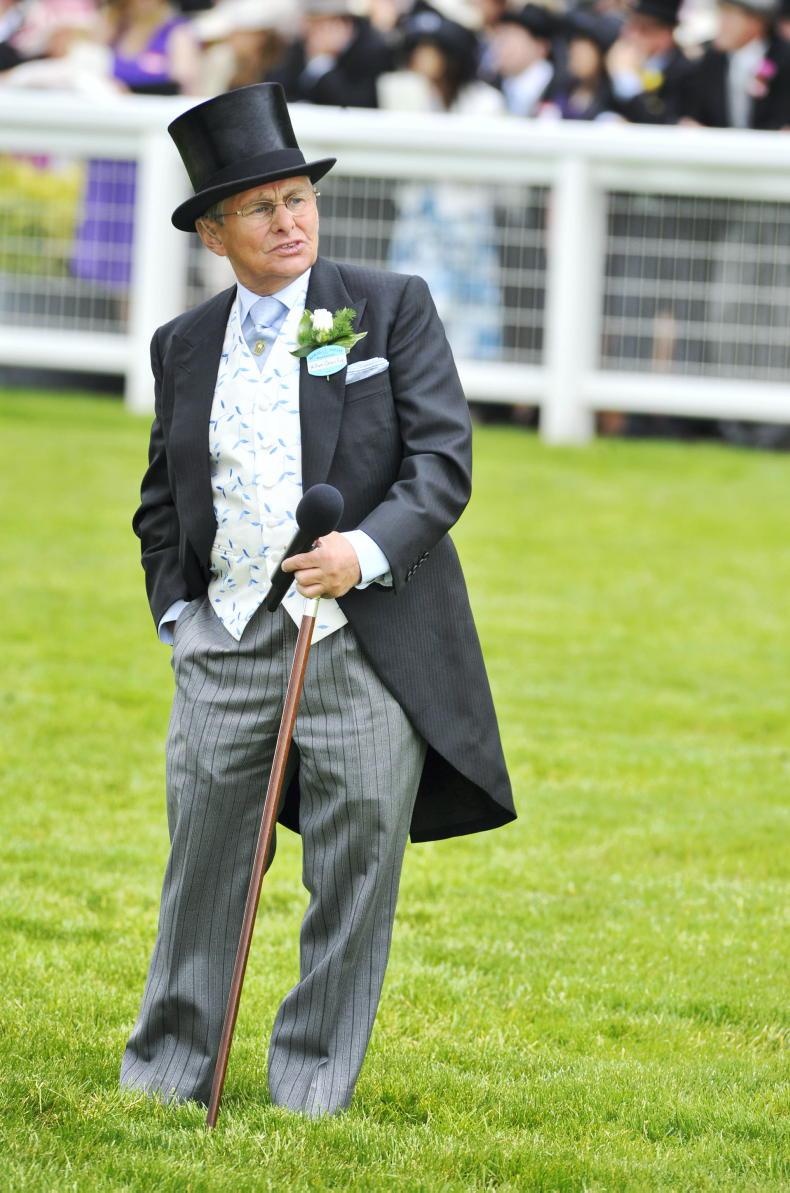 WILLIE Carson’s Minster Stud bred the Grade 2 JCB Triumph Juvenile Hurdle winner Knight Salute (Sir Percy) in partnership and sold him as a foal for a nice profit when he realised 32,000gns.

There was even more of a turn for the Irish-based Kilminfoyle House Stud when the colt was resold as a yearling for 98,000gns, signed for by Rabbah Bloodstock.

A winner over seven furlongs at two, the now gelded three-year-old was consigned from Andrew Balding’s stables, once again at Tattersalls, in July this year and purchased by Mark Adams for 14,000gns. Trained by Milton Harris, he is now unbeaten in three starts over hurdles and, with more than £38,000 in the bank for new connections, has already rewarded them handsomely.

National Hunt breeders might wish to note that Carson will be offering a winning half-sister to Knight Salute, Hazy Dancer (Oasis Dream), at the upcoming Tattersalls December Sale, and her first five named progeny include four winners and a placed horse. One of the quartet of winners has done so over hurdles and fences.

Knight Salute is one of five winners for Shadow Dancing (Unfuwain), winner of the Listed Cheshire Oaks, runner-up in the Group 2 Ribblesdale Stakes, and third in the Group 1 Oaks. The other successful offspring include a pair of stakes-placed fillies.

While this is a very smart flat producing family, almost every generation produces a jumper of note. Three of the seven winners from Knight Salute’s grandam Salchow (Niniski), also winner of the Cheshire Oaks, were multiple National Hunt winners. The third dam Spin (High Top) had eight winners, among them Top Spin (Niniski) who won a Grade 2 novices’ hurdle at Sandown.

One more generation back and Hurlingham (Harken) numbered the Grade 1 Ladbroke Hurdle winner Roark (Relkino) as one of her trio of successful progeny.

Winner of the Group 1 Dewhurst Stakes at two and the Derby at three, the Lanwades Stud-based Sir Percy is one of the most consistent producers of quality, sound stock under any code. His Group/Grade 1 winners on the flat are Sir John Hawkwood in Australia and Wake Forest in the USA, and this year his two-year-old daughter Kawida became his 24th stakes winner on the flat. Over jumps he is sire of Presenting Percy.