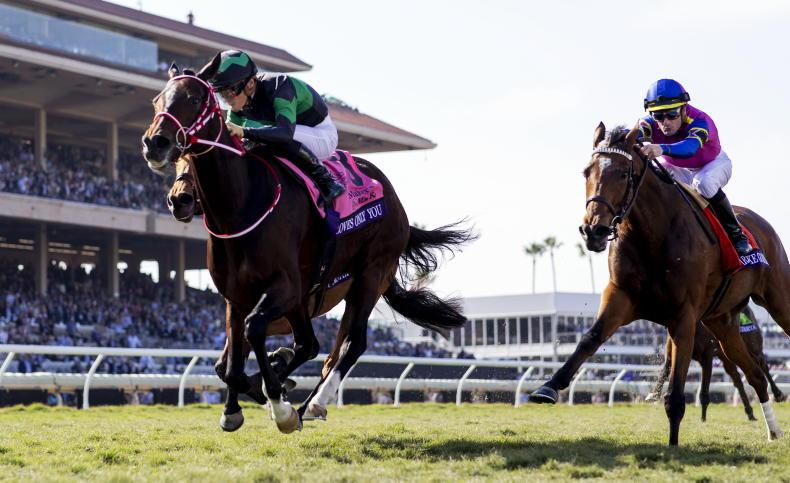 SEVEN runners made the trip across from the Pacific from Japan to Southern California looking to end the Asian nation’s run of futility in the Breeders’ Cup.

They not only did that, they recorded a double on Championship Saturday when Loves Only You scored a mild upset in the Maker’s Mark Breeders’ Cup Filly and Mare Turf and Marche Lorraine posted a huge shocker in the Longines Breeders’ Cup Distaff on the dirt.

Those two became the second and third Breeders’ Cup winners bred in Japan, joining 2014 Mile winner Karakontie, but the first based in Japan.

Trainer Yoshito Yahagi orchestrated the double, bolstered first by Loves Only You’s close third to Mishriff in the Grade 1 Longines Dubai Sheema Classic and her win in the Group 1 FWD Queen Elizabeth II Cup at Sha Tin to take a shot against defending champ Audarya in the Filly and Mare Turf.

She won the 11-furlong event by a half-length over My Sister Nat at 4/1, with 2/1 favourite War Like Goddess third and Coolmore’s Love a hard-luck and wide fourth for Aidan O’Brien.

Loves Only You’s victory was big, but nothing compared to Marche Lorraine’s seismic spoiler at nearly 50/1 in the $2 million Distaff.

Murphy, no better than a pair of sixth-place finishes from seven prior Breeders’ Cup mounts, admitted he didn’t know much about the mare but also knew Yahagi didn’t make the trip to California with an empty wagon.

“Her trainer, Mr. Yahagi, I ride a lot for in Japan and a fair bit overseas,” Murphy said. “I’ve ridden for him in Dubai and Hong Kong. He doesn’t only travel unless they have a chance. I tried to ignore her odds and just give her every chance in the run and hopefully she could finish off. I sat out the back, and they went quick.”

Murphy said he followed Jose Ortiz, aboard Dunbar Road, in the early stages and when his US counterpart didn’t follow the likes of Private Mission, Letruska, Shedaresthedevil he just let the race unfold organically. 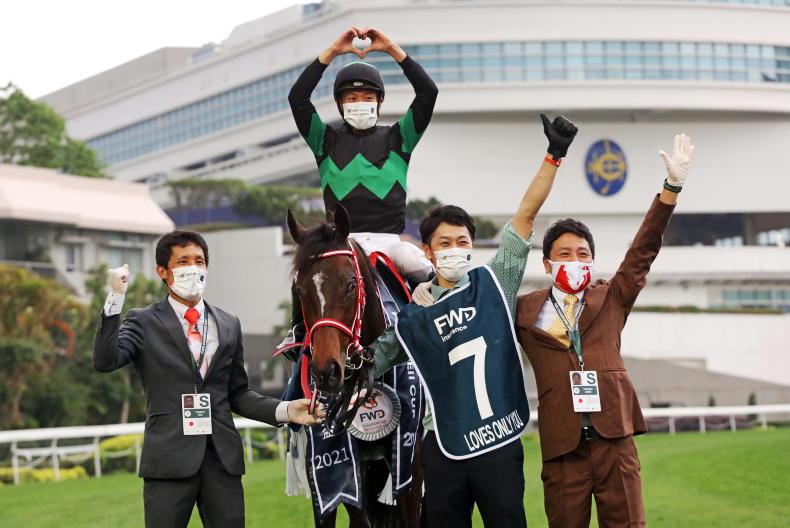