Robbie Power's career has scaled new heights in the last number of seasons, riding regularly for Jessica Harrington and Colin Tizzard and picking up some nice spares from Willie Mullins 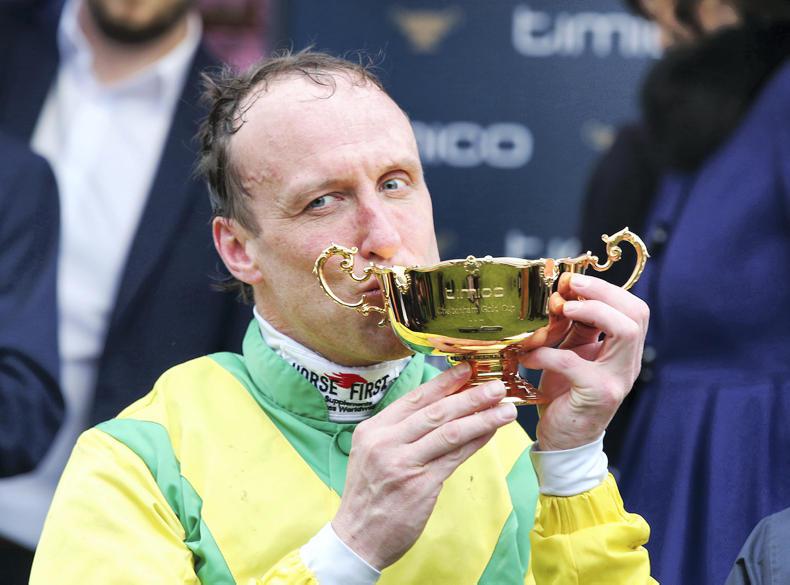 It’s a fantastic Cheltenham this year with a very exciting Gold Cup also. There are so many horses who have good chances of winning.

Horses to watch for Cheltenham this year include:

Kemboy, Presenting Percy and Delta Work, who finished close together in the Irish Gold Cup.

Lostintranslation has been 100% since Kempton. He had a wind operation which is something that will help him. When you look back he was very impressive when he won at Haydock but he ran very flat in the King George. He’s had a good break from Christmas until Cheltenham which is exactly what staying chasers need and hopefully he gets good ground at the Festival and he’ll be a big player in the Gold Cup. He handles the course very well, he’s won there before, he finished 2nd to Defi Du Seuil at Cheltenham last year.

I see the trip being a problem for Kemboy. I think three and a quarter miles, with his style of racing, could be a big question mark for him. Santini, on the other hand, stepped forward from his debut in Sandown which was very unimpressive with a good performance the other day but he’s a horse that likes to be ridden handy. If things don’t go his way in the hustle and bustle of a race where you’re going to have pace from Kemboy and Native River, it’s going to be very competitive up front and I wonder whether he’s the kind of horse that backs out of it.

Epatante and Honeysuckle are due to get 7lb off the geldings and Epatante was very impressive in the Christmas Hurdle at Kempton. She probably deserves to be at the head of the market.

Over the last two years he has only finished outside the top three once. He’s so consistent and if he gets soft ground at the Festival he’d have to have a good each-way betting chance.

What A Plus Tard has done, beating Chacun Pour Soi at Leopardstown at Christmas, was very impressive. Henry de Bromhead has said how much better the horse is going left handed and there’s not many races in Ireland over two and a half miles going left handed before Cheltenham so he’s been running him over 2m. I’d say it was a bonus to get that win the Grade 1 at Christmas. This is him back on his home turf, 2m 5f around Cheltenham, where he has won before and I think he’ll be very hard to beat.

I think his big danger could come from Riders Onthe Storm. Nigel Twiston-Davies has done a fantastic job with him and he’s obviously improved a lot. I know from talking to the jockeys that rode him in Ireland that they all thought he was a very, very good horse so he’ll be one to watch.

Frodon bounced back to form with a good performance in Kempton. That was more like the Frodon we knew from last season. He’s as tough as old boots and whatever passes him up that Cheltenham hill will know they’ve had a race of it. A Plus Tard is a worthy favourite but I think Riders Onthe Storm could be a major threat to him.

I think Penhill is progressing the right way. He ran well at Christmas where he finished third behind Apple’s Jade and again ran well behind Benie Des Dieux at Gowran Park and I think he’s great each-way value and will improve for Cheltenham. For the sake of the race I hope Benie Des Dieux runs here. If she doesn’t turn up I think Paisley Park is a penalty kick but if she does run I think she’s a massive danger to him regaining his title. I think Cheltenham should downgrade the Mares’ Hurdle to a Grade 2 and it would entice these mares like Honeysuckle and Benie Des Dieux to go for these races. If Benie Des Dieux turns up here she would be the one for me. I think she’s an unbelievable mare.

The Champion Chase is going to be a very, very good race this year. There’s a bit of strength and depth to the race for the first time in a number of years. Defi Du Seuil has come through from being a very good novice last season, dropped back in trip and has done nothing wrong over 2m so he’s the up and coming young horse.

Altior was the champion chaser and they tried to step him up in trip against Cyrname at Ascot and it didn’t work. Nicky Henderson has had a few little niggly problems with him since then but he got him back to form at Newbury. This horse has huge odds at the moment with BoyleSports as a dual champion chase winner.

For a horse having only his second run over fences, I was blown away by Chacun Pour Soi last year at Punchestown. He was impressive again at the Dublin Racing Festival where he easily defeated Min, although A Plus Tard was a non-runner.

Cilaos Emery is a very good second season novice. He only had the one run over fences last year; he would have been a banker for the Arkle but he missed it. Unfortunately he fell early in the Leopardstown race. There is strength in depth in the Champion Chase but if I was to put my hand on my heart and pick one now, I’d go with Chacun Pour Soi. 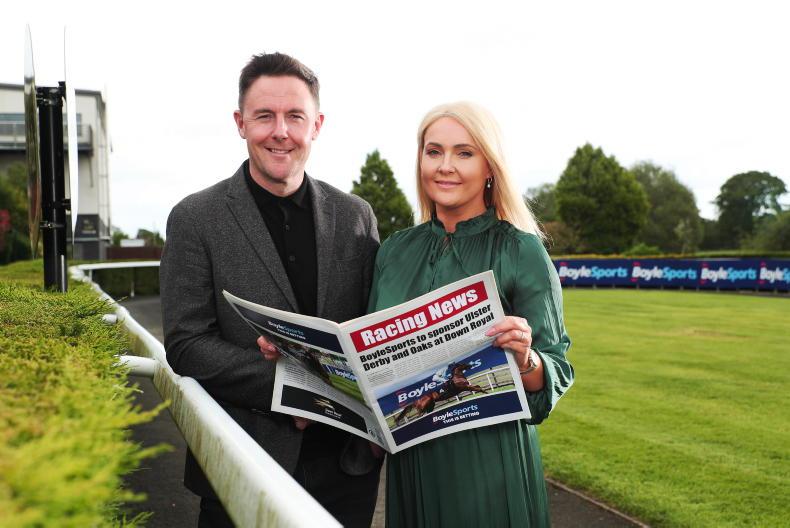 Margie McLoone
MARGIE MCLOONE: BoyleSports on board for Down Royal
BoyleSports is to sponsor the two feature races at Down Royal’s Summer Festival of Racing next Friday and Saturday, June 17th and 18th 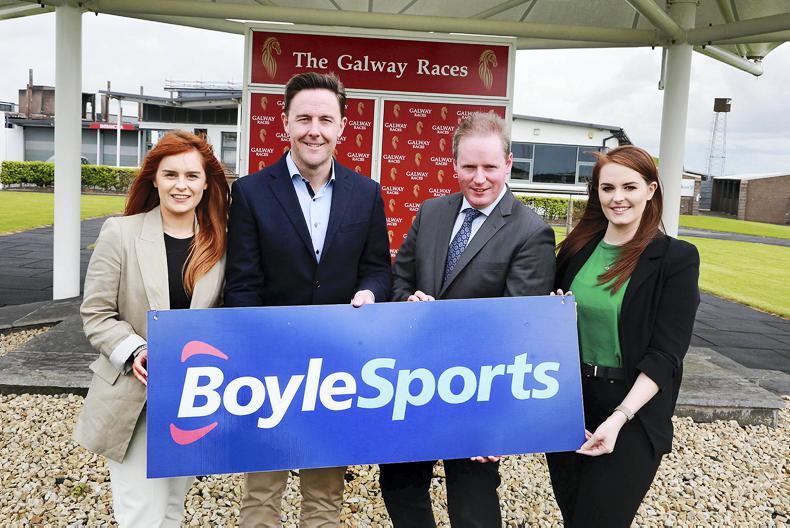 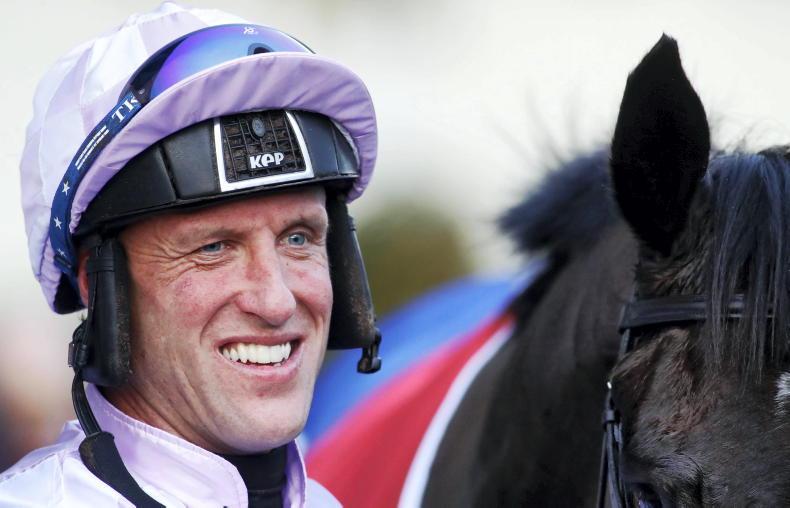 Donn McClean
THE BIG INTERVIEW: Robert Power - the beat goes on
Robert Power reflects on his great career in the saddle, with Donn McClean, and looks forward to his new role with Tattersalls 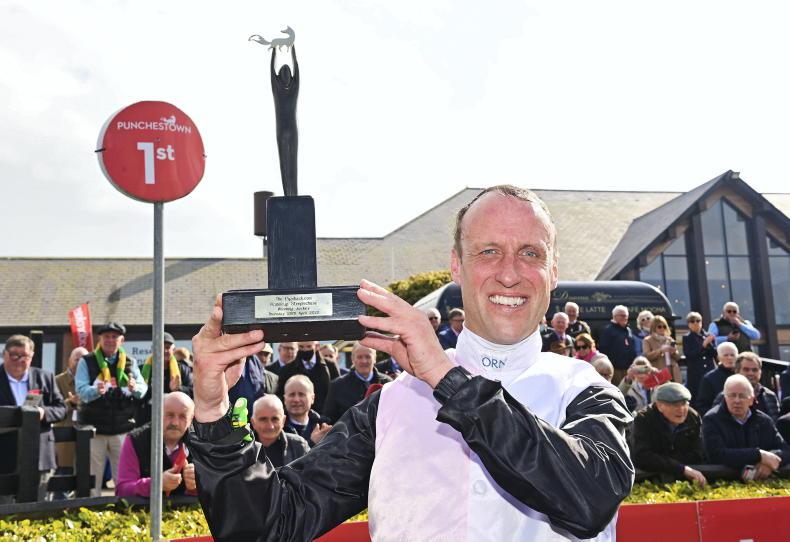