Title: BOOK REVIEWS: Great reads for Christmas and beyond 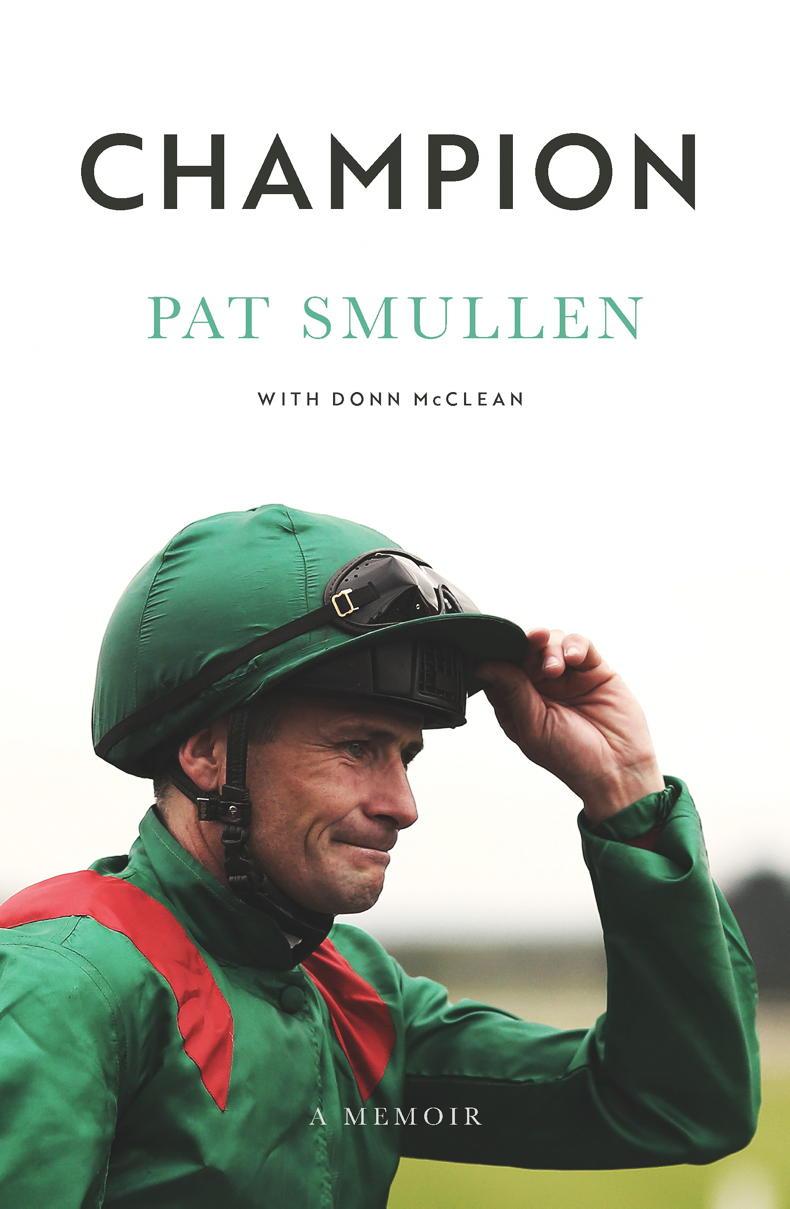 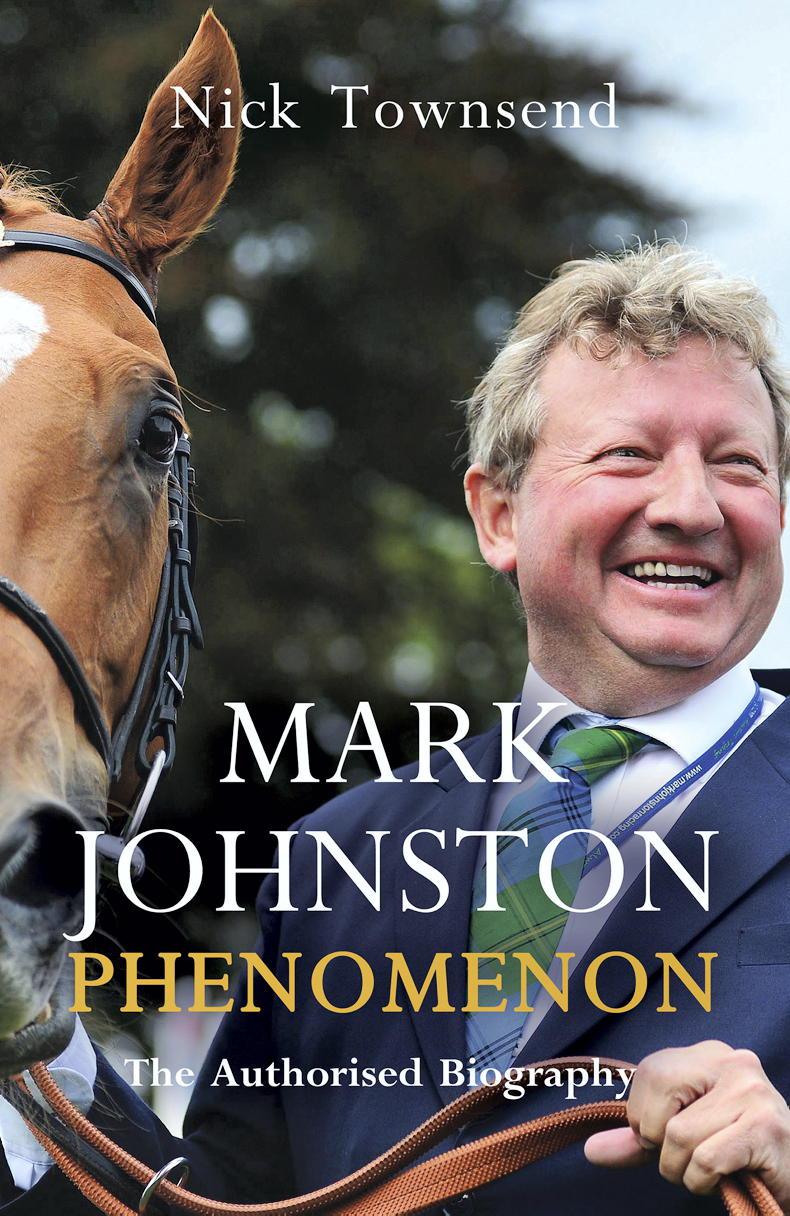 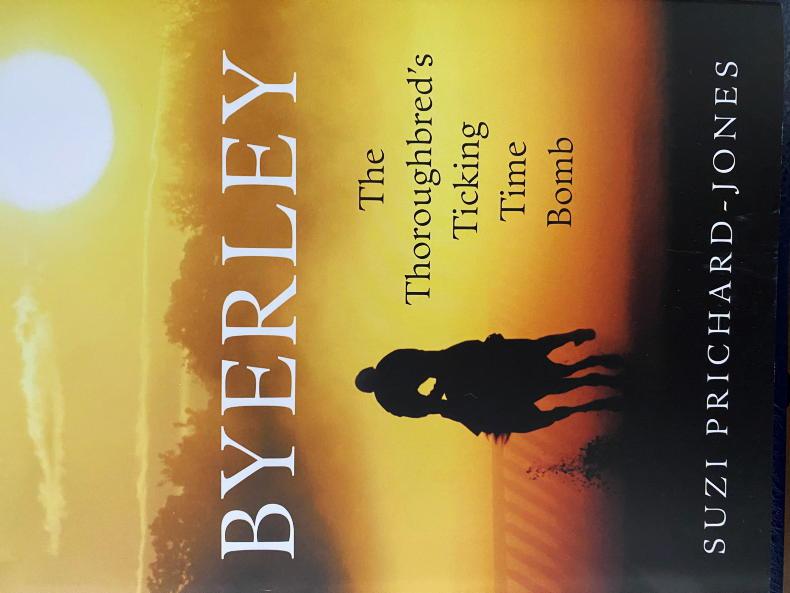 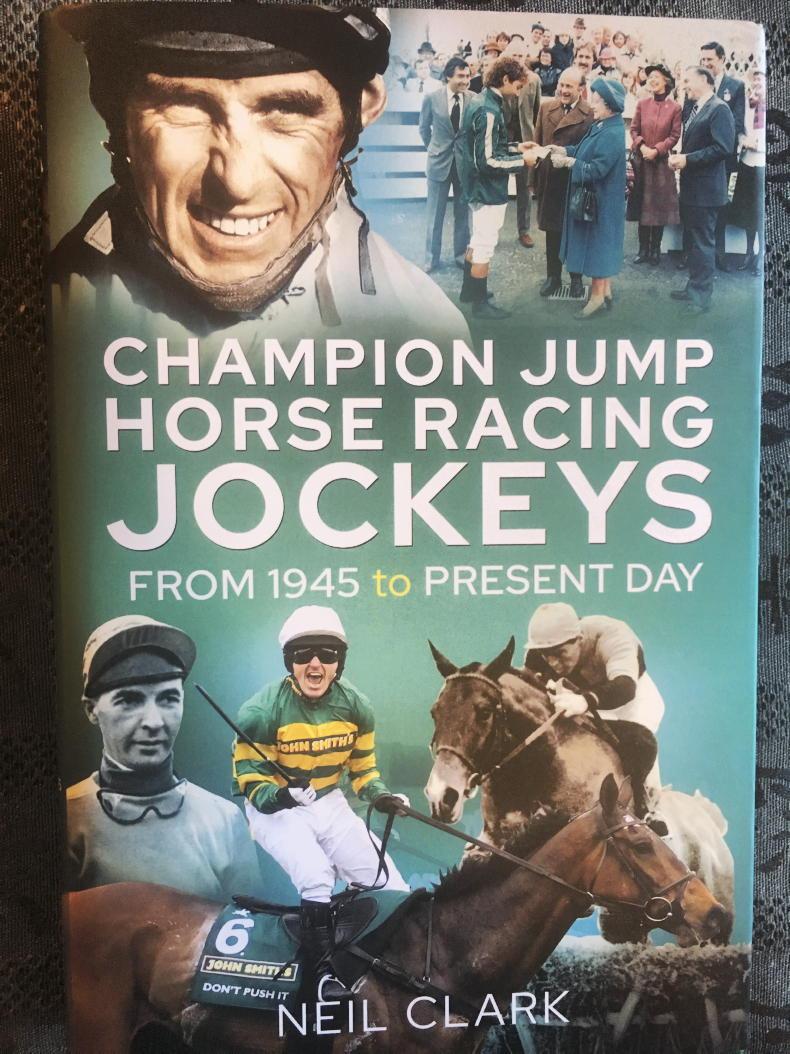 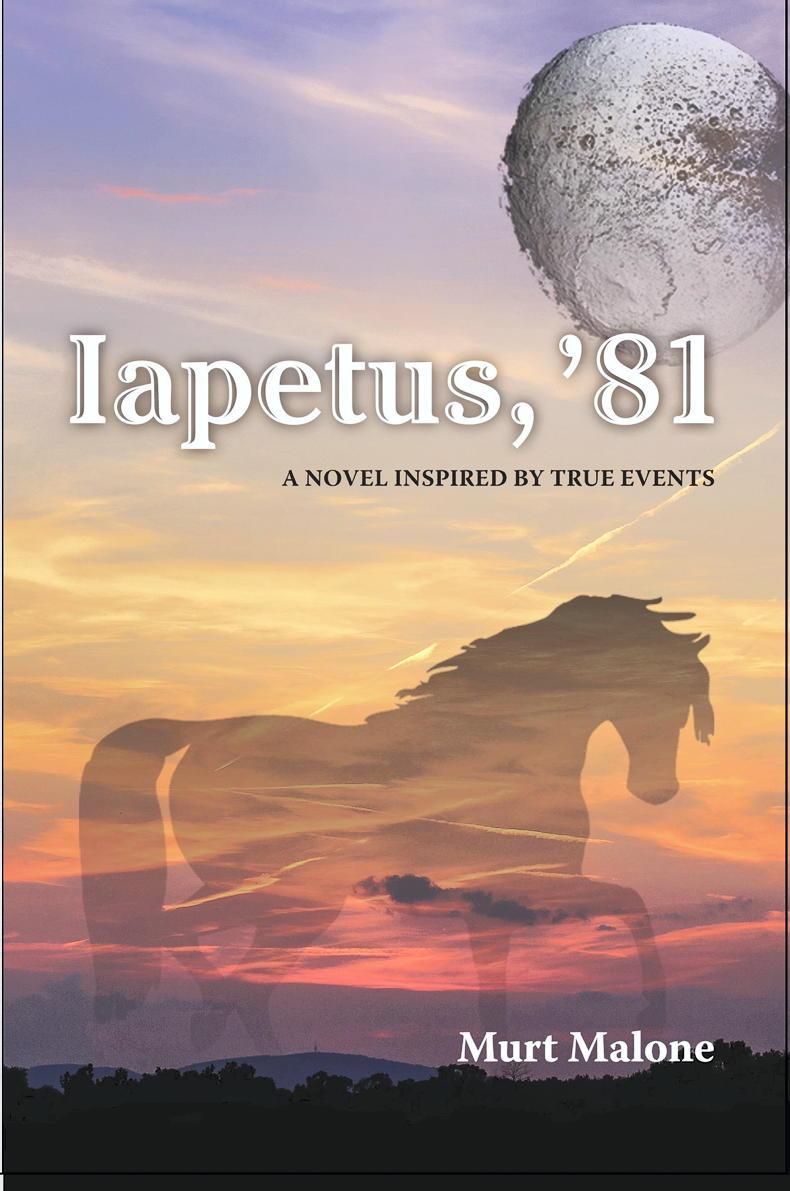 The new book from Murt Malone 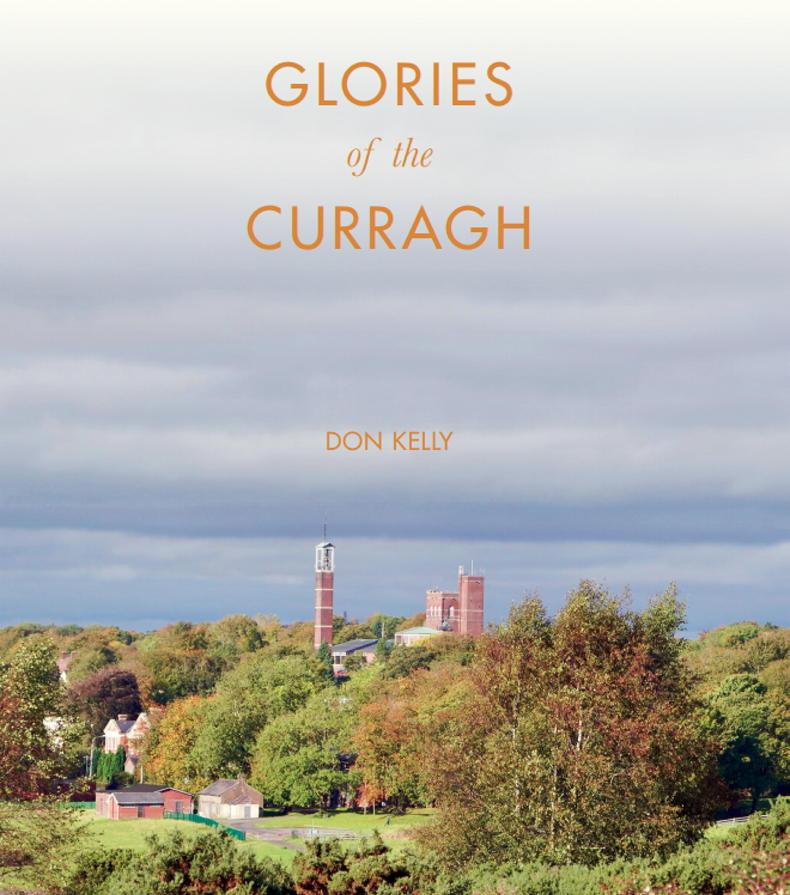 Glories of the Curragh by Don Kelly was published in 2021 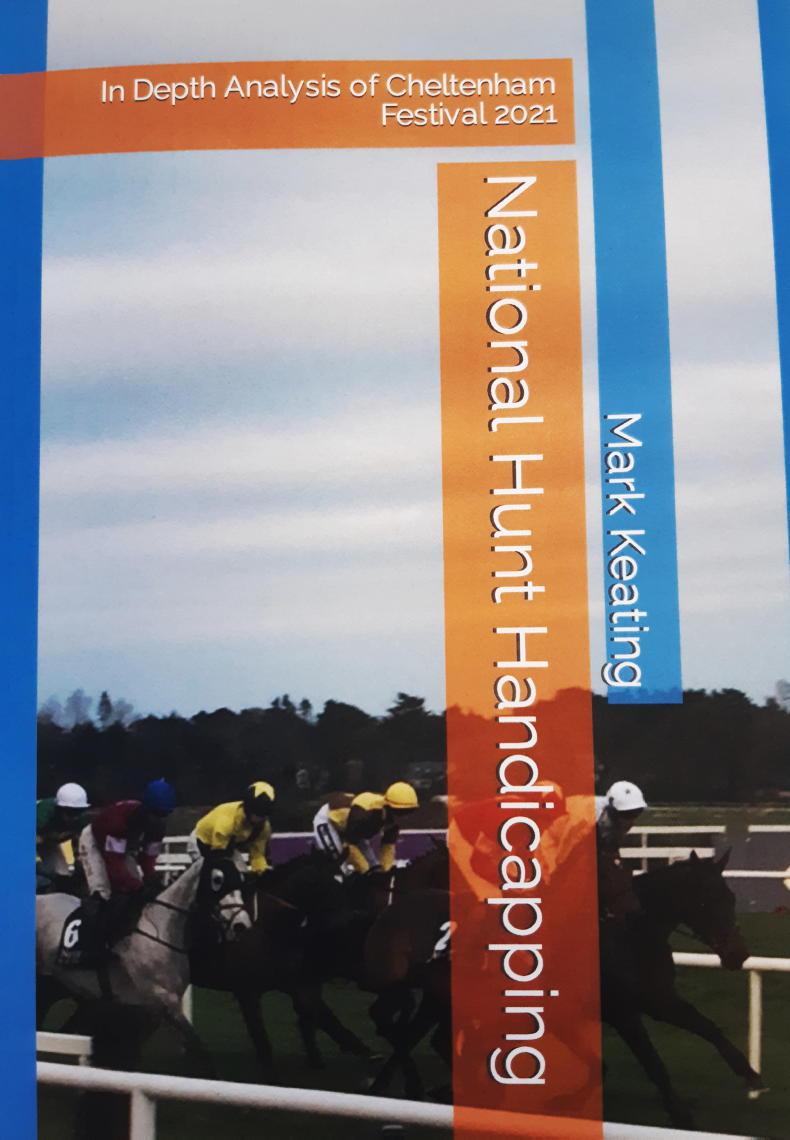 DON’T panic. There is still a fortnight to go before Christmas day. Still not done the gift shopping? Short of ideas? Again, no need to worry.

There is no gift that keeps on giving like a good book, and here is a selection of titles that might help you solve the dilemma of what to give that loved one who eats, sleeps and drinks racing, breeding or horses generally. If you can, please try to buy from your local bookseller. They can order for you if necessary. Some books are also available from the authors directly.

THIS must surely become the best-selling book of the Christmas period about a sportsman or woman, but it is far more than just a sports book. It is a story of heroism, love, success and, ultimately, loss – the loss of a husband, father, son, brother and friend to so many.

Heading for 2,000 winners when illness struck, Pat Smullen was champion jockey in Ireland on nine occasions. However, loyal as he was to his Irish connections, he was a go-to jockey on the international stage, and the book deals with all of his major successes.

More than everything he achieved as a sportsman of the highest calibre, he has been an inspiration to a nation, Joe and Mary public being aware of his tremendous battle against pancreatic cancer, and his heroic efforts to raise funds and awareness of the disease. For me, a shining feature of the book is the fact that Pat’s smile is dominant throughout the pictures.

He was not one for self-pity, and instead he challenged his diminishing energies in the direction of helping others, spending time with his beloved Frances and their three children, Hannah, Paddy and Sarah. He inspired a nation, gave hope to many, and was admired and loved by all who met him.

This book ends with an unforgettable contribution from Frances. The story told within its more than 300 pages will make you cry, smile and, most of all, it is a book that will stand the test of time as a glowing tribute to a great human being.

Published by Gill Books at €22.99 www.gillbooks.ie

It was a good volume, offering an insight into a man who was two decades into a successful training career. It was also, patently, too early to be writing a tome that would prove to be a definitive account of the man.

Now, with the accolade of British racing’s winning-most trainer as a badge of great honour, it is time to revisit the master of Kingsley Park and find out more about him. Yes, we do learn a great deal more – and still, one feels strongly, that there will be yet another version of this story in the years to come.

One things that is certain about Mark Johnston is that he is never boring. Beneath that apparently quiet demeanour is a trainer with a brain, a man who thinks long and hard about topics that affect his profession and sport, and someone with the confidence to speak out when needed.

This book is an opportunity to get behind the walls and hedges of Kinglsey Park and see its inner workings, meet the team which includes the wonderful Deirdre, find out what his and Charlie’s buying modus operandi is at the sales, and to hear his views on a wide range of topics. It is an immensely satisfying read.

Published by Welbeck at £20 www.welbeckpublishing.com

SCHOLARLY works on the subject of breeding are few and far between these days, and many end up posing as many questions as they answer.

Suzi Prichard-Jones’ latest tome will certainly create debate, something that can be the impetus for change.

This described as an invitation to learn the history of how the thoroughbred came to be, the foundations on which it rests, and where – from a genetic standpoint – it appears to be heading.

In spite of some 160 oriental stallions being imported into Britain in the late 17th century and early 18th, only three bloodlines have prevailed – the Byerley Turk, Darley Arabian and the Godolphin Arabian.

The book looks at the subject from a number of aspects, with narratives that are both easy to read and fascinating from the point of view of content.

From tales of Matchem, Herod and Eclipse to Royal Stud masters, biographies of the six men who laid the foundation for the breed to 21st century science, this is a wide-ranging book as regards content.

It ends with two hard-hitting questions. Is the thoroughbred facing possible implosion? If so, what can be done about it?

Self-published and priced at £25, it is available on www.suziprichard-jones.com

By Healy Racing and words by Donn McClean

THERE is very little to say about his book, other than to go and buy it. Already a bestseller, it will surely be one of the prolific gifts of the Christmas period. More than 200 pages are packed with incredible images of horses, people, places and events.

The Healy photographic dynasty, founded by the much-loved and much-missed Liam senior, has contributed so much to Irish racing, and their capturing of all its great moments will forever be appreciated.

The essence of what the book, with succinct captions from the pen of Donn McClean, is summed up in the introduction. “The beauty of a horse is unrivalled. The majesty of a horse at rest, the strength of his stature, the ease of his poise. The speed of a horse at full flight, the fluency of his stride, the power of his gait.”

All this and more is to be found here.

Published by The O’Brien Press at €24.99 www.obrien.ie

NOW here is a book that will be well-received by anyone with an interest in National Hunt racing, and more. With the crowning of Harry Skelton last season as the champion jump jockey in Britain, here is the first book to tell the story of all 22 champions in one volume, starting with Fred Rimell in 1945/46. His tally of 54 winners is the lowest of any post-war champion, paling by comparison with the 289 winners ridden by A.P. McCoy in 2001/02.

McCoy, Peter Scudamore and Richard Johnson are the only riders to compile a tally of 200 or more in a season, and Neil Clark has done a magnificent job in telling the story of each of the 22 men - to date – who have been crowned champion. Whether they won a single title, or 20, each are given similar tributes.

A book to pick up and read at leisure, it will make the perfect bedside table accompaniment for the rest of the jump season.

Priced at £25, it is published by Pen and Sword Books www.penandswordbooks.com

A MULTI award-winning author, Murt Malone has written a novel inspired by true events. It focuses on the summer of 1981 at a training stables on the Curragh. Peopled by imagined characters, the story hinges on two betting coups, one of which causes the on-course bookmakers to strike. An RUC riot squad from the Maze prison is called to the racecourse to quell the disturbance.

The ‘stroke’ made national and international news, and the tale is set in a time of hunger strikes, austerity and emigration. In search of a better life, a number of young people leave home to live in ‘digs’ in some of the towns near the training centre.

Layered with the lives of the characters working in the yards, the book also explores the transient nature of life in general.

This is a perfect stocking filler and a book to enjoy during some of those quiet downtimes of the Christmas period. The author’s father Joe Malone was for many years an integral part of the Dermot Weld yard and partnered Coniston to victory at the festivals in Fairyhouse and Punchestown in 1960.

Priced at €12, the book is available directly from the author at martinthomasvalerie14@gmail.com and at a number of retail outlets

GLORIES OF THE CURRAGH

DON Kelly is perhaps best known in racing as the compiler of the Turform guides and annuals, a service he provided for many years before selling the company. His latest project has seen him produce a thoroughly engaging book entitled Glories of the Curragh.

Three weeks ago The Irish Field published an extract from the book - a celebration of some of the best jockeys in the early part of the 20th century - and Don reports that it prompted a good number of enquiries and sales. Inspired by a poem of that name, the book encapsulates much of the historical and sporting events and personalities associated with the renowned area of Co Kildare.

There are stories of triumphs, tragedies, glories, despairs and nostalgia. Among the weird and wonderful tales are the “legless” Grand National winner and the Newbridge grocer who trained a Royal Ascot winner.

Racing features heavily but there are also chapters devoted to other pursuits, such as boxing and golf. Along with the many spectacular scenic shots, the various themes are complemented and illustrated with many photographic images of great historical and sporting interest.

Copies are also on sale in Farrell’s in Newbridge, Co Kildare. More details are available by searching Facebook for ‘Glories of the Curragh’ or email: donkelly40@gmail.com

Priced at €20 it can be ordered directly from the author or online at www.farrellandnephew.ie

FROM Fossa in Co Kerry, Mark Keating is an accomplished horseman, musician and writer. He has written several works of fiction, but he would not like his latest publication to be classified under that heading.

National Hunt Handicapping is a 120-page book in which Mark expounds on his theories regarding how racehorses are rated by the official assessors, and why he believes they are very often wrong. He claims his handicapping technique is often a more accurate reflection of how good a horse is or, as Mark puts it, “how bad a horse isn’t”.

The book opens with a few blogs from the author’s website before he leaps into the core topic. Mark has chosen the 2021 Cheltenham Festival as his battleground and he goes through every single race at the Festival last March to prove his points. Sectional timing plays a major role in his analysis.

Mark knows this self-published book won’t make him any money, but he is very passionate about his subject and that shines through. It could have done with a proofread before it went to print, but any typing errors are minor and don’t take from the enjoyment. You will definitely learn a few things from it.

Priced at just €11 (paperback) or €12 (hardback), it is available on www.markkeating.com 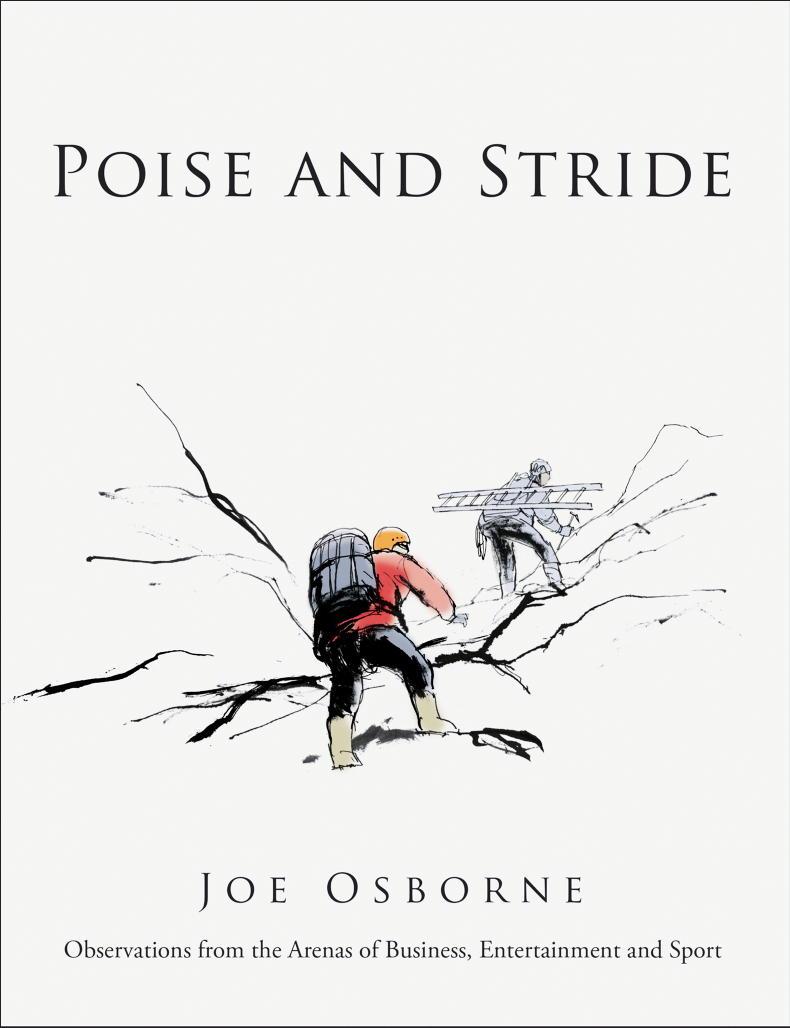 CHRISTMAS GIFT GUIDE: So many books, so little time
With this Christmas set to be a little quieter than others, a book is a perfect gift this year. Here is a small selection of what's available 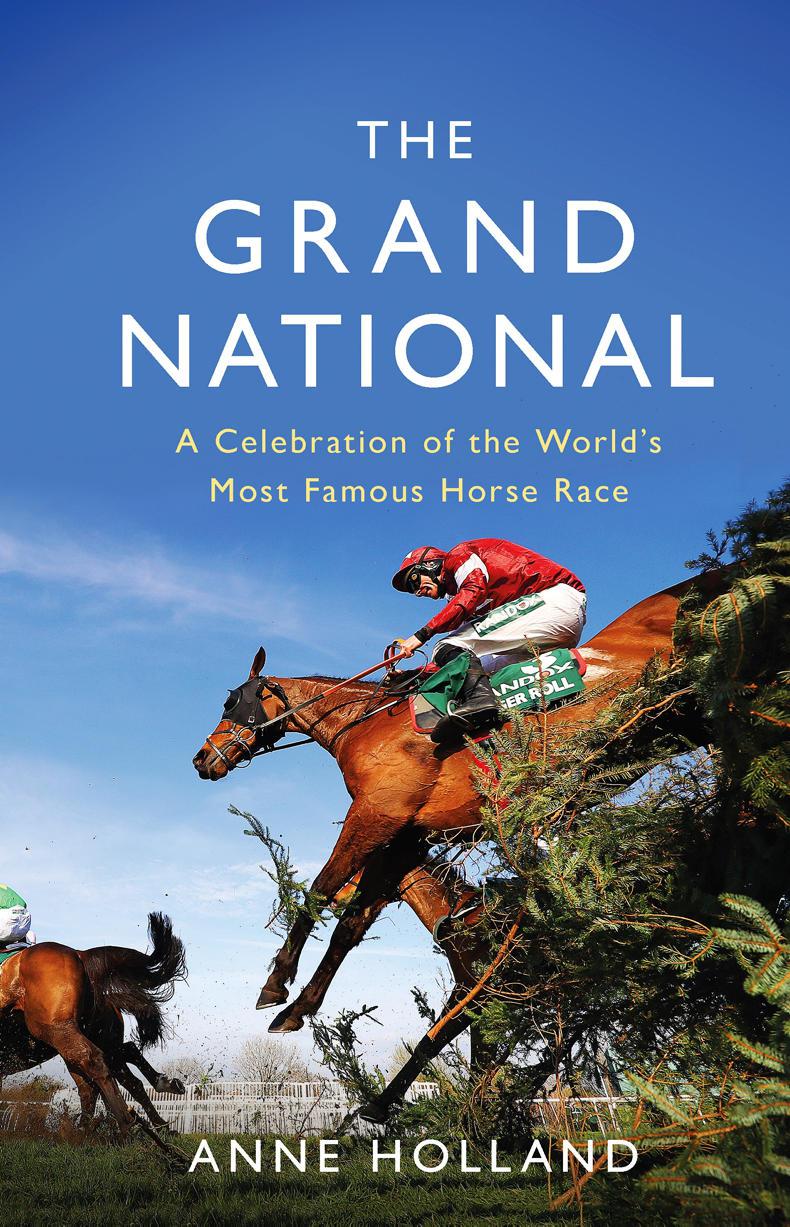 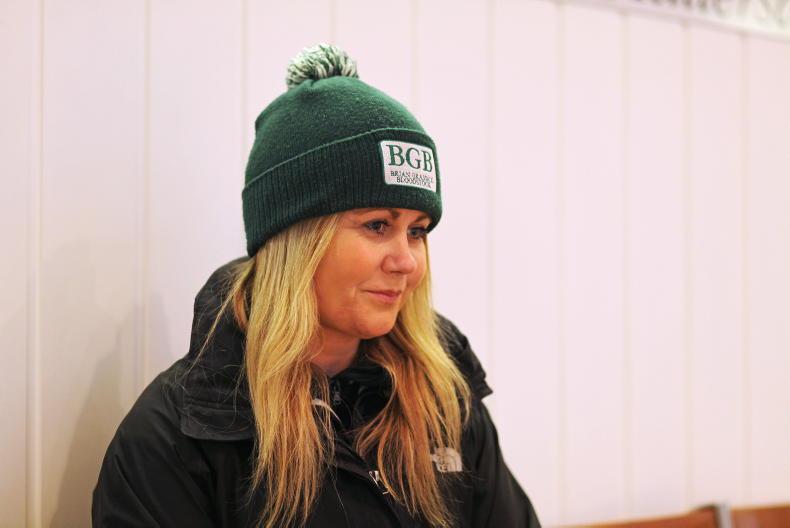 Leo Powell
THE BIG INTERVIEW: Cathy Grassick - 'High standards will not go unnoticed'
Leo Powell caught up with Cathy Grassick and spoke about family, work, the ITBA and more