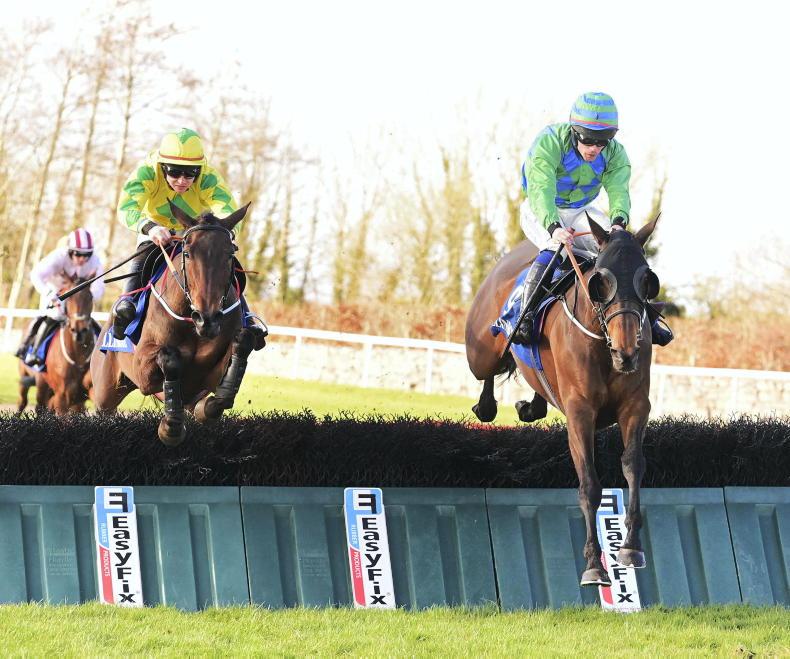 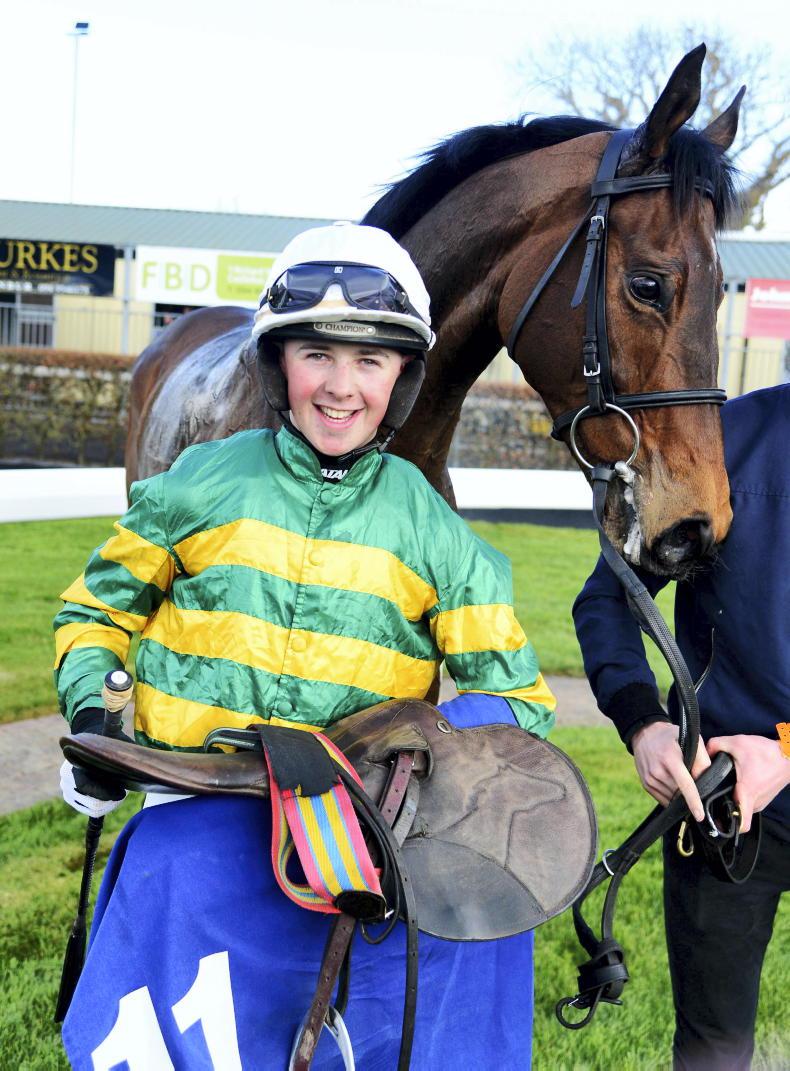 PHILIP Rothwell sent out eight winners at Ballinrobe in 2021 and was back in the number one spot at the western venue’s opening meeting of the year last Friday week after Fiveaftermidnight’s victory in the BoyleSports (Mares) Handicap Hurdle.

The daughter of Getaway was off the bridle early on towards the rear of the field but got into contention on the final circuit and headed Must Be Obeyed on the run to the last. She stayed on well to defeat that rival by four and a half lengths in the hands of Simon Torrens.

“On the road I was touch and go whether I was going to keep coming as she needed rain,” said Rothwell of his 10/1 winner. “Luckily they had a few showers before racing. Simon said there was just about enough juice in the ground for her. She was flat out for the first circuit but they went plenty fast enough in front and she stays really well. I’m delighted to get another win out of her for owner John Leckey.”

The most valuable event on the card was the McGrath Limestone Works Handicap Hurdle which was won readily by Magnor Glory (5/1). Never far off the pace, Conor Maxwell’s mount led after three out and went right away to account for market leader The Dara Man by 17 lengths.

The six-year-old winner, owned by Barry Walsh and Joseph Sheahan, hasn’t quite grasped the intricacies of the handicapping process yet as his only previous victory, at Wexford last May, had been achieved by 16 lengths.

Trainer Terence O’Brien remarked: “He promised to do it the last day in Fairyhouse (over two miles, four furlongs). He looked to be cruising at two miles, but he died a death over the last couple so probably two miles seems to be his thing. He might be okay over two and a half on that sort of ground, though. He’s good to jump but we’ll just tip away in handicap hurdles for the summer and we might find something for him in Galway.”

Hollymount rises to the challenge

GORDON Elliott had been finding winners hard to come by since Cheltenham but a first and last-race double here preceded a Grade 1 brace on the Grand National undercard at Aintree the following afternoon.

The 11/10 favourite Hollymount, in the colours of Bective Stud, took the Bowers Bar & Restaurant (Mares) Maiden Hurdle under Jordan Gainford.

The daughter of Jet Away, an expensive purchase after a Carlisle bumper win for Stuart Crawford in 2020, led before the last but had to knuckle down to repel the challenge of outsider Spick And Span by half a length.

Stable representative Ian Amond said: “Jordan said they went a good gallop and she settled great which was good as she can be keen. I thought the other horse was coming to beat her but she stuck her neck out. If she continues to settle as well as that, she’ll have no problem going a bit further.”

The Last Mardi (10/3), narrowly beaten on his debut at Thurles in March, was the second winner for the stable and also had to work hard for victory in the Connacht Tribune INH Flat Race.

Given a patient steer by Jamie Codd, the Sholokhov gelding moved smoothly into contention but Codd needed to get serious in the final furlong to see off Ahead Of the Posse by a head.

Amond said: “He travelled into it well, looked in trouble for a bit but got there when it mattered. It’s great for the owner Sheila O’Ryan who bred him and it’s nice to get a double on the day.”

Ambrose McCurtin produced her to lead at the last and she kept on well to score by a length and a quarter from Glenabo Bridge in the colours of the You’ll Never Walk Alone Syndicate.

Trainer John Joe Walsh said: “She deserved that. She’d a great run in Naas and a good run in Clonmel before that. I’d say the ground suited her today. She doesn’t like heavy ground. She seems to be better this year than last year.”

L’Impertinent carried the colours of J. P. McManus to victory in the Tim Kelly (C&G) Maiden Hurdle. The French-bred son of Fame And Glory made all for a four-length win over Mahons Glory to provide John Shinnick, who had ridden five winners as a flat apprentice, with a first success from 10 hurdle rides.

Trainer Enda Bolger said: “He got away in front and got a clever ride from John - it’s a track where you can do that and his jumping was very slick. He was third to Master McShee the first day he ran but after that the wheels came off. We just had to be patient with him. We won’t be delaying with him over hurdles and he’ll go chasing soon.”

He added: “John is from near Fermoy and has been with me since last August. He was on the flat with Ger Lyons and tried his hand in England with Kevin Ryan but just grew and wanted to have a shot at this jumps game.”

The first of two bumpers on the card was the DPD Depot 33 Ballinrobe INH Flat Race for four-year-olds and Pat Taaffe gave Hansard (11/1) a canny front-running ride to win for trainer Charles O’Brien and the C’est La Vie Syndicate. Clear early before being given a breather, the son of The Gurkha was pushed along to assert approaching the straight and was ridden out to beat Mrs Grimley by three and three-quarter lengths.

The winning rider remarked: “He enjoyed the ground and he had that bit of experience which we were keen to use. My dad Tom gave me a bit of advice on how to ride the track. I wasn’t going to have a look behind in the straight as I’ve been told often enough not to do that! “ 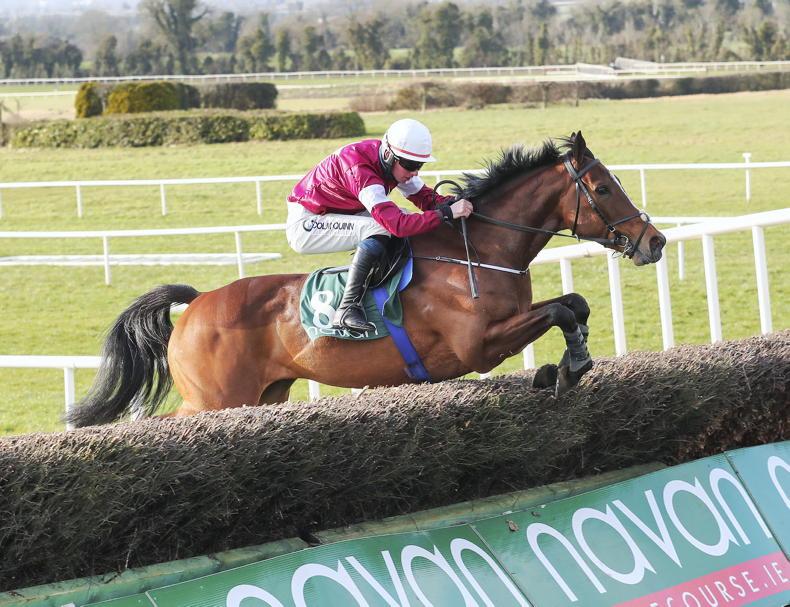 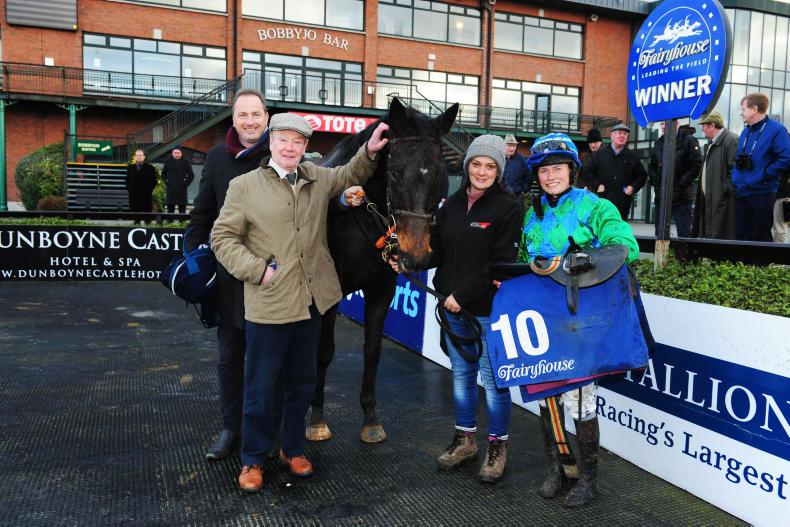 THE OWNER: John Leckey
John Leckey is an owner/breeder from Co Down 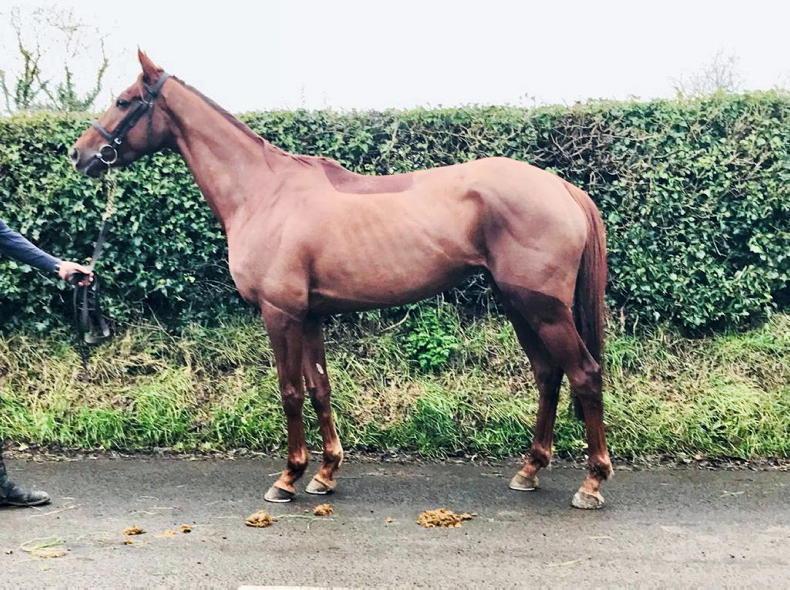 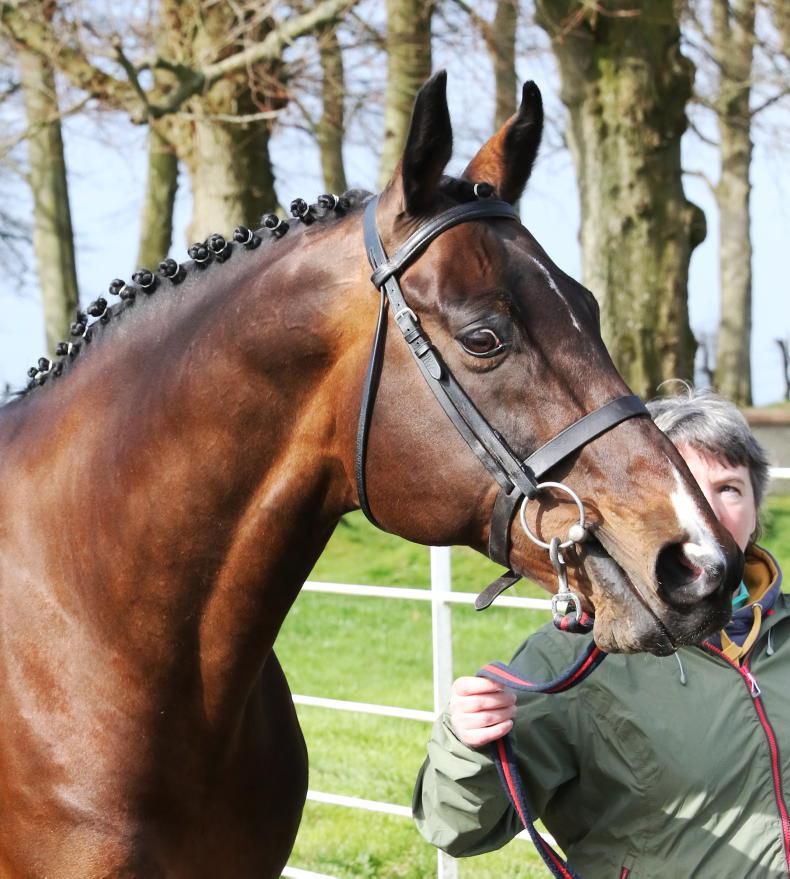 MARGIE McLOONE: Primary comes to Tullyraine
Stallion moves, new runners, sales and a sad passing were all news from the northern scene this week