The Kildare-born jockey is having quite the week in Sydney 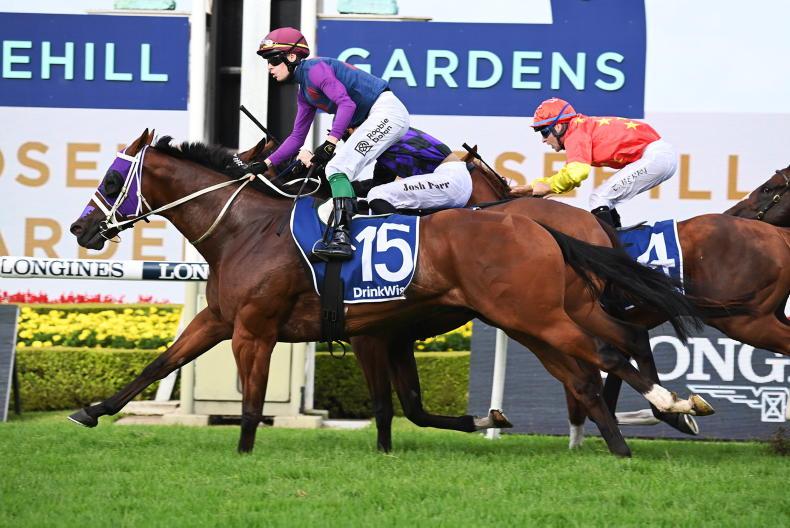 Son of Bobby Dolan, who worked for Dermot Weld for 25 years, and related to the late Anthony Powell and Peadar Matthews, Dolan moved to Australia in 2016 when his career as an apprentice stalled.

He gradually climbed the ladder on the Sydney circuit and rode his first Group 1 winner at Randwick last October.

Now he finds himself as the regular rider of Shelby Sixtysix, a horse with a big following after winning a Group 1 race in Rosehill last Saturday - his eighth run in nine weeks for provincial trainer Danny Williams.

The five-year-old sprinter is a son of the Irish-bred Toronado and on Saturday he came with a well-timed run to land the five and a half furlong Group 1 Galaxy Handicap by a head after getting in as first reserve.

Williams, who trains in Goulburn, about 200km south of Sydney on the Canberra road, said: “To be struggling six weeks ago and thinking my career was halfway over and to come along like we have and now get a Group 1 win, it’s unbelievable.

“We own the majority of our horses and the last four years have been some of the lowest times in racing.

“It’s been a dream of mine since I was a boy. I’ve been in the industry since I was 12 years old and I never thought I’d get to this level, it’s amazing.”

Shelby Sixtysix star has been on the rise since January, placing at the Sapphire Coast, to running second and splitting Eduardo and Nature Strip in the Challenge Stakes, to winning the Group 3 Maurcie McCarten two weeks earlier.

The gravity of the result was not lost on Robbie Dolan. “Everybody loves an underdog story, from coming from the low rating he was at, getting beat at the Sapphire Coast, making his way up the ranks and nearly throwing Eduardo under a couple of starts ago, that’s when people really started to latch onto him.

“He’s such a cool horse, the name is spectacular, Shelby Sixtysix is a really eye-catching name. When he won the Group 3 the other day and Danny’s interview was so special, he was just automatically a fan favourite. And what happened on Saturday was just surreal.”

Williams and his owners have since paid Shelby Sixtysix’s late entry fee of $55,000 for the Group 1 T.J. Smith Stakes. “I guess for anyone out there that’s battling along and going through the grind of training horses, you’ve just got to have a go, and I think that’s what we did when we ran in the Challenge Stakes,” the trainer added.

“If you don’t have a go you never know, and I applaud anyone who is going out there and taking that chance,” affirmed Williams.

Robbie Dolan’s week took another twist on Tuesday when it was revealed that the rider is set to appear as a contestant on Australia’s version of The Voice. Life is about to get even busier as his partner Christine Duffy is pregnant.