Interpretation will target the Bart Cummings at the start of October, which carries a ballot free entry into the Melbourne Cup 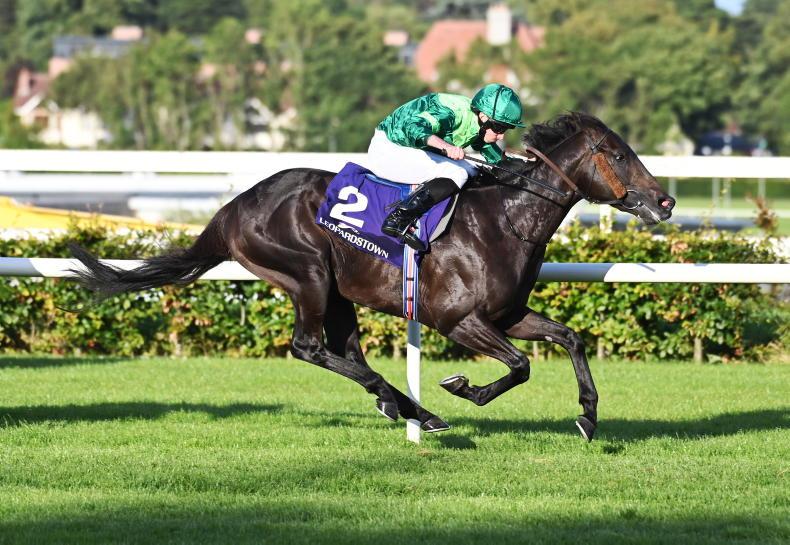 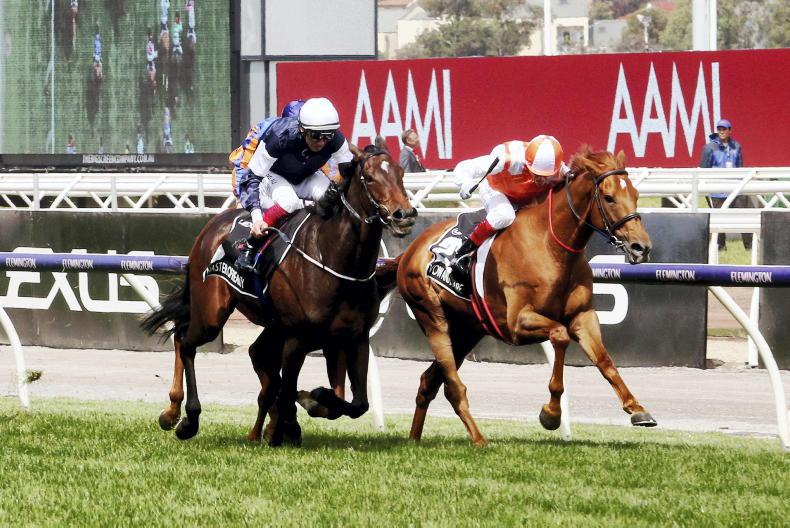 The 2019 Melbourne Cup winner Vow And Declare (right), is back in training after recovering from injury \ Colin Bull
Previous Next

THE former Aidan O’Brien-trained Interpretation will be given his chance to book his direct entry into the Melbourne Cup with current trainers Ciaron Maher and David Eustace targeting the Bart Cummings at the start of October.

Carrying a ballot-free entry into the Melbourne Cup, the stable has won the past two editions of the 2,500 metre Flemington Group 3.

“He only does as much as he has to, but I was very happy with his first up run and this was a tick-over trial here this morning ahead of running at The Valley on the 20th (August) over 2,000,” said Maher of the Galileo horse.

“We’ll aim to have him right for a race like the Bart Cummings. He gives me the impression he’s got a great set of lungs and a good action, so hopefully we can get him qualified (for the cups).”

Interpretation won three times last season in Ireland before finishing fourth in the Doncaster St Leger. He has had one start in Australia, sixth of 12 over 2,000 metres at Flemington in mid-July.

Vow And Declare back on track

THE 2019 Melbourne Cup winner Vow And Declare returned to the racetrack for the first time since straining a near-fore tendon following an unplaced run in the Group 3 Naturalism Stakes in September last year.

Sent out over 1,600 metres at Caulfield on Saturday, the Declaration Of War gelding ran fifth of seven, five lengths from the winner. “He ran well, he felt very good in his action and really happy to be back at the races,” said jockey Damian Lane on dismounting.

Also in the same race was the Tavistock mare Tralee Rose, ninth in last year’s Melbourne Cup. The Symon Wilde-trained charge was last of the seven but pleased connections in her first run since the $8 million Group 1 where she collected $160,000 for finishing within the top 10.

“She has had a long layoff knowing that she would need another run,” said Wilde of the six-year-old mare. (Jockey) Mark (Zahra) was pretty happy, he said her action felt pretty good, her breathing was good, so it was good to get the ball rolling and she should be able to build off that. She’s never been heavier, and I think she’s got really good improvement, so as long as she pulls up well, I would say the (1,700 metres) Heatherlie (August 27th) is probably on the cards.”

Roland Garros at home in Coleraine

JUMPS racing headed to Coleraine last weekend. Four hours west of Melbourne, the feature was the Great Western Steeplechase over 3,600 metres with Willie McCarthy saluting the judge on the Ciaron Maher and David Eustace-trained Roland Garros. First conducted in 1857, and referenced by the 19th century poet Adam Lindsay Gordon, himself a renowned horseman, in The Fields Of Coleraine, McCarthy’s win was his second consecutive in the race.

Racing keenly, Roland Garros worked his way to the front, giving McCarthy a testing ride as he got out to a 15-length lead with just three of the 14 fences completed.

Bee Tee Junior under the top-weight of 75.5kg whittled away the margin, closing to two lengths rounding the final bend. Maintaining his rhythm, McCarthy got Roland Garros to the line, his 9.5kg weight advantage helping the Helmet gelding to a length winning margin as the Steven Pateman-trained Power Of Words took third, leading home a trio of Pateman horses, ridden by Ronan Short, Aaron Mitchell and Arron Lynch as the champion jockey prepares for a life out of the saddle.

TRAINER Mark Oulaghan has added a seventh New Zealand Grand National Steeplechase to his resume following the win of his hot favourite West Coast in the 147th running of the feature race last Saturday.

A small field of five faced the starter with just four finishing the course at Trentham. Ridden by Shaun Fannin, West Coast took up the running at a pedestrian pace before applying the pressure over the final circuit.

Completing the 5,500 metres in seven minutes and 26 seconds, the win was Fannin’s first in the Grand National, crossing the line 10 lengths clear of Carnaby and Tittletattle.

“This is the biggest race I’ve wanted to win, as I haven’t had much luck in it, so it’s very special to get it,” said Fannin.

“He’s probably not the best in front, as he gawks around a bit. He controlled the race throughout in a beautiful rhythm and he was just too strong at the finish. It actually helped him when they came at him entering the straight, as he went again and was comfortable at the finish.”