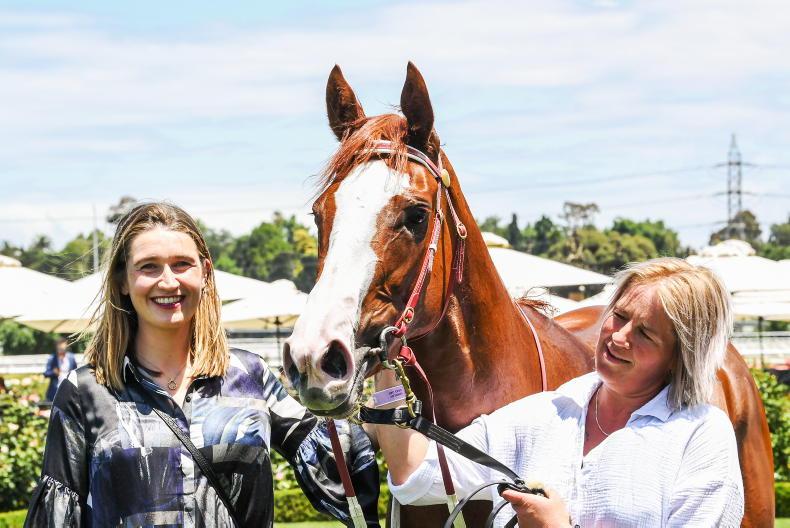 Now based at Pakenham in the south-east of Melbourne, Jennings is the private trainer for Kennedy Racing which is owned by jewelry businessman James Kennedy. “He questions me, he motivates me, he challenges me. He’s got such great knowledge as to how to run a business and a great passion for racing,” said Jennings.

The team has hit their stride recently, with their string of 18 horses posting five winners since November from just 11 starters. The stable’s first runner was last January.

An accredited Monty Roberts instructor, it’s that ethos that Kennedy Racing bases its principles on. “Every successful person I have worked with builds a rapport and partnership with their horse,” said Jennings who gained her permanent residency in Australia in 2016 when she worked for Gai Waterhouse.

The day of December 19th will live long in Jennings’ memory. She had her first runners at both Randwick and Flemington, and while Arabian Hussey was unplaced north of the border, the three-year-old filly Written Miss won by a nose at Flemington to preserve an unbeaten three-start record.

“I’m having an incredible time,” said Jennings after the race. “She’s a great horse to have. I’m surrounded by great people, a great team, a fantastic owner, James Kennedy, and to have a runner here at Flemington is surreal, let alone have a winner.

“I think I’m trying and aspiring to be the best horseman or horsewoman that I can be. In this big time, I’m trying to keep my feet on the ground and head screwed on and keep watching the horses. It seems to be working out, right?

“I’ve got loads of support not only in my team and my owner but my partner Adrian is in it with me. I’m talking about these horses all the time and I’ve got my family at home in Ireland ‘rooting’ me on so it’s big and a great time.”