Title: AUSTRALIA: Anamoe races away with the Winx

Cruising up on the inside as the field swung the bend, Anamoe muscled his way to the front before putting two lengths into his rivals to claim his fourth Group 1 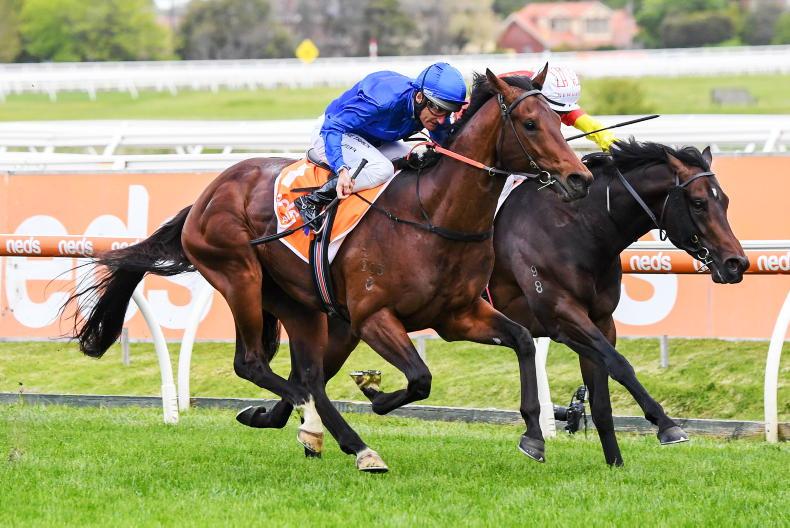 FORMERLY the Warwick Stakes, and in recent years the starting point for Verry Elleegant’s spring campaigns, the Winx Stakes heralded in the first Group 1 of the new racing season at Randwick on Saturday.

A field of 10 faced the starter at the 1,400-metre mark after the withdrawal of the Ed Cummings-trained Duais on race morning with an irregular heartbeat.

The favourite elect was the James Cummings-trained Anamoe and the Street Boss colt duly obliged for his supporters.

Cruising up on the inside as the field swung the bend, Anamoe muscled his way to the front before putting two lengths into his rivals to claim his fourth Group 1 and potentially a trip to the northern hemisphere in 2023.

“We’ve discussed it at length, and I’d imagine that if he was showing us all the signs that he was in the right form, then next year, that could well and truly be on the agenda,” said Cummings. “It’d be a great opportunity for us to do so, but we’ll well and truly always put our horses first before we go down that path.”

Second and third on Saturday were the Group 1 winners Fangirl, a Sebring filly and the Deep Impact colt Profondo.

“Anamoe is a proper horse, isn’t he?” asked Cummings. “He is so beautifully bred, he is the type of horse that can carry a stable, This is a great result for the team. I’m a bit surprised I’m upset about it but he means a lot to us. We are very lucky to have him. He is like our Dancing Brave.”

Beaten a nose by State Of Rest in the Cox Plate last year, Anamoe will again make that race his spring target.

“Dare I say it, I think he’s definitely gotten better from three to four. Obviously, some can, some don’t, but this is a different horse. He’s more alert, he’s putting it all together,” said jockey James McDonald.

“He will only get better as he goes on through the spring. I can’t speak highly enough of this horse.”