Title: AUSTRALIA: Alligator snaps back to his best 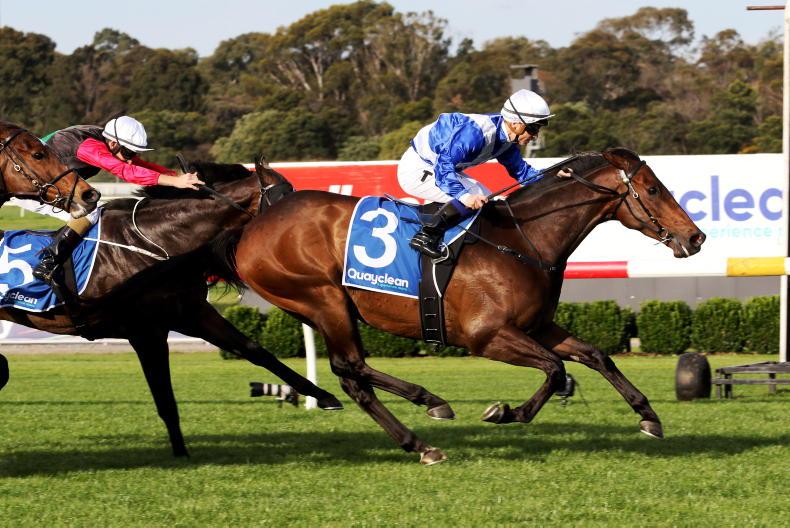 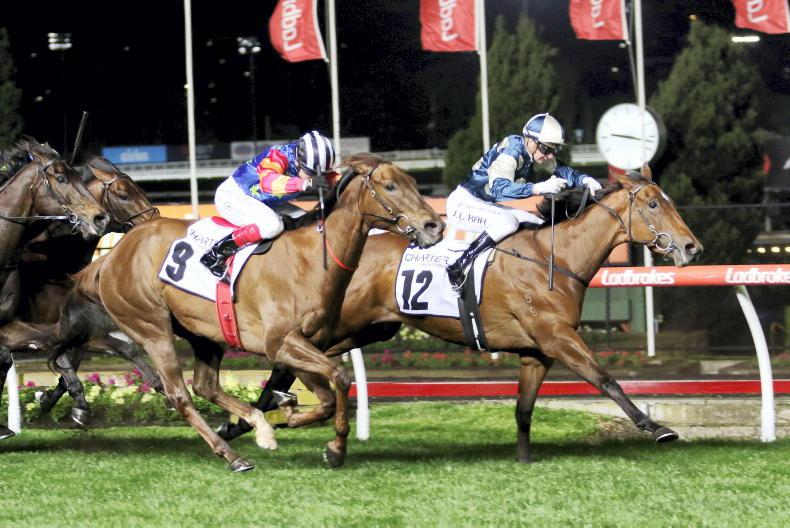 AFTER a near miss in the Makybe Diva Stakes at Flemington two weeks earlier, Alligator Blood found redemption in Sunday’s Group 1 Underwood Stakes at Sandown.

A select field of six faced the starter at the 1,800 metre mark from where Tim Clark aboard Alligator Blood to full advantage to jump to the front and control the tempo.

Left alone with Zaaki racing on his hip, the Gai Waterhouse and Adrian Bott-trained All Too Hard gelding was challenged on straightening but dug in, displaying superior fitness to draw clear and win by a length.

The Savabeel horse Mo’unga got inside of his stablemate, the Leroidesanimaux gelding Zaaki, denying him second.

“He got away well and as planned we wanted to show our intent early then try and get him into a nice rhythm from 1,400 metres, 1,200 metres onward,” said Clark.

“I thought he travelled really comfortably and he seemed to be doing it well within himself. Zaaki did come and put the pressure on him and eyeball him but I just felt that my horse had a bit to offer.

“I felt that Zaaki might have been a bit vulnerable late going to the 1,800 second-up. I was always confident my bloke was going to fight hard. A very tenacious win, a very satisfying win.”

Adrian Bott was quick to confirm that Alligator Blood would progress to the Cox Plate as markets dialled him into a solid third favourite behind Anamoe and Zaaki.

With the Underwood Stakes being run at Sandown for the first time, the change highlighted the Melbourne Racing Club’s plan to shift all of Caulfield’s racing to Sandown from Boxing Day to mid-2023 as the Caulfield track if redeveloped.

Taking on the older horses over 1,000 metres, with the services of Jamie Kah on the minimum at 50kgs, the Ciaron Maher and David Eustace-trained Coolangatta broke well from the inside barrier to take up the running.

Kah hugged the rail, getting the best out of the Written Tycoon filly to hold out her fast-finishing stablemate Bella Nipotina, by Pride Of Dubai, as the Magic Albert mare Spiranac filled third placing.

“It has been a long time in between drinks since my last Group 1,” said Kah who missed last year’s Spring Carnival through a Covid breach suspension.

“It is hard to do what she did, go against the older horses and do that, even with the weight. She is a star and I am just happy to get on her at the right time.

“This is all I wanted to do, it’s what got me through. I wanted to come back and ride another Group 1 winner. They are hard to win, I’ve been on some nice horses lately and just haven’t had luck go my way.”

The win was Jamie Kah’s seventh Group 1 win as she completed a double for the night.

Her form held over the weekend with five winners at Mornington on Saturday, Grand Final Day in Melbourne and another double at Sandown on Sunday.

JUST as second acceptances were taken for the A$7.75 Lexus Melbourne Cup on Tuesday the top-weight for the 3,200-metre Group 1, Spanish Mission, was ruled out with a tendon injury. Gold Trip is now at the top of weights, with Deauville Legend and Loft the pre-post favourites locally. Along with that pair, trained by James Fergerson and Marcel Weiss respectively, the Simon and Ed Crisford-trained Without A Fight and the David Simcock-trained Rodrigo Diaz are the other internationals remaining in the field now reduced to 56. Third acceptances for the Cup will be taken October 11th.