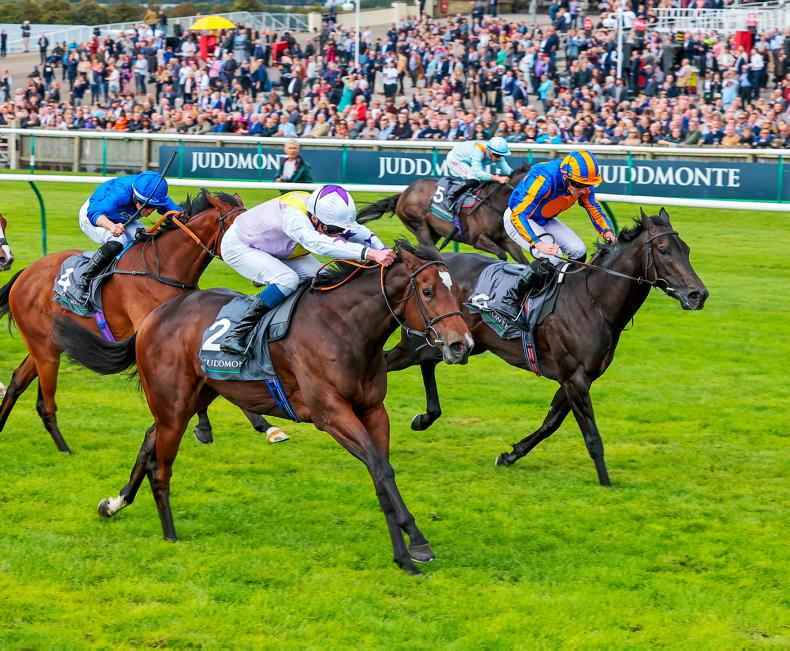 ON a weekend of star-studded two-year-old group races, the preeminent performance on the clock came from Lezoo (114+) in the Cheveley Park Stakes, travelling strongly before sealing the contest with a smart turn of foot.

Patiently ridden by William Buick, the daughter of Zoustar emerged on the outside of her field as Meditate (113) and Mawj (111) headed the front-running Swingalong (108).

The principals pulled clear of the Lowther winner; all posting a faster closing sectional than the other winners on the day, except The Foxes (90+) who clocked 33.88secs when winning the Royal Lodge run in an extremely slow overall time.

Ralph Beckett’s filly covered the ground from the three-furlong marker in 34.14secs, winning with something in hand from Meditate who completed the sectional in 34.75secs while Mawj stopped the clock at 34.61secs without looking likely to challenge for second.

To add further gloss to the performance of the fillies, Blackbeard, who was 0.18secs slower overall, clocked 35.91secs on his way to victory in the Group 1 Middle Park Stakes.

In his interview post-race, the winning trainer expressed the view his filly was likely to have a future over six furlongs and nominated the Breeders’ Cup as her next target, with the five-and-a-half-furlong contest the preference and not the mile.

Meditate stuck to her task tenaciously and will be suited by stepping back up in trip. The Ballydoyle filly holds an entry in the Fillies’ Mile back on the Rowley Mile in a fortnight where she could also renew rivalry with Mawj.

If the pair take their chance in the Group 1 contest they will face the stern challenge of Commissioning (110+) who earned her place at the head of the market with a strong performance in the Group 2 Rockfel Stakes on Friday.

The time-figure was slower than that clocked by Meditate the following day and, although it is not my normal practice, I also noted the closing sectional of 35.92secs was slower albeit on a slightly slower racing surface.

Nevertheless, I would prefer to side with Aidan O’Brien’s filly each-way rather than take the 6/4 about Commissioning.

The Newmarket race will also bring clarity to the 2023 Qipco 1000 Guineas picture for which John & Thady Gosdens’ filly is second favourite behind Tahiyra who comprehensively defeated Meditate in the Moyglare Stud Stakes earlier at the Curragh.

Staying with Saturday’s fillies’ event, I was taken by the way Juliet Sierra (104+) and Treasure Trove (103+) finished their races especially as the clock supports the view they finished to good effect.

The fillies stopped the clock for their sectional at 34.93secs and 34.83secs respectively and are both likely to improve for an extra distance of ground.

The early pace was particularly strong in the colts’ Group 1 contest as Persian Force (104), Never Just A Dream and the fierce-pulling Marshman contested the early lead.

The clock shows just how quick as the best placed of the three, Persian Force, covered furlongs two and three in 10.63 and 10.76secs respectively.

Ryan Moore asked Blackbeard (112) to gather in the front runners heading into the dip, a request which the son of No Nay Never delivered in style. However, the closing sectional portrays he kept galloping rather than quickening.

The Antarctic (108) closed to within two lengths at the line, posting a slightly quicker closing sectional of 35.87secs.

I would expect both colts to be on the Ballydoyle sprinter squad next season, not the team heading to the 2000 Guineas.

Majestic (108) took the honour of clocking the fastest time figure of the day when winning the handicap which lends its name to the three-day meeting, the Cambridgeshire.

Mick Channon’s gelding was perfectly delivered by Aidan Keeley to record a closing sectional of 36.56secs which, although the slowest on the day, was in keeping with the overall time of the race.

The obvious eye-catcher was Dual Identity (106+) who won the race of those drawn low by a wide margin; William Knight’s gelding stopped the clock for his sectional at 36.64secs to illustrate he finished to the same effect as the winner.

The only other race of note on the afternoon was the closing race won by Godolphin’s Noble Dynasty (109+) who ran the quickest time of the seven-furlong contests and posted an impressive 34.85secs for his sectional.

It may have been the case the son of Dubawi was not suited by the big field at Goodwood, but on this performance he is undoubted talented. 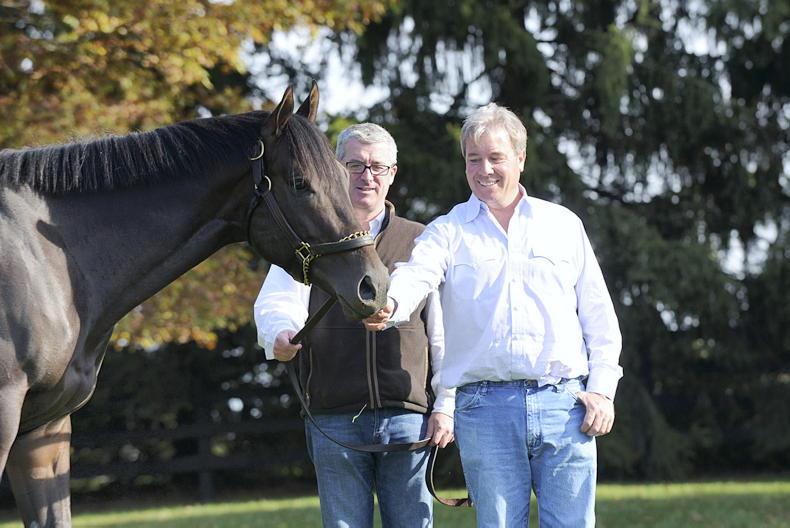 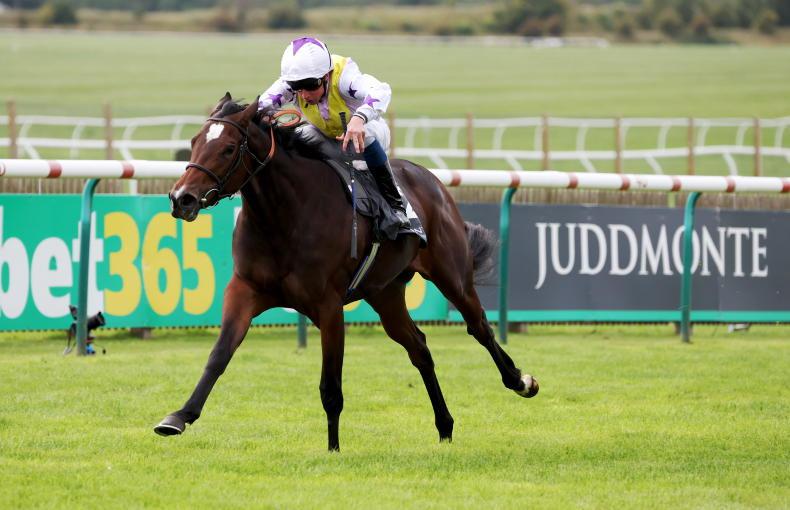 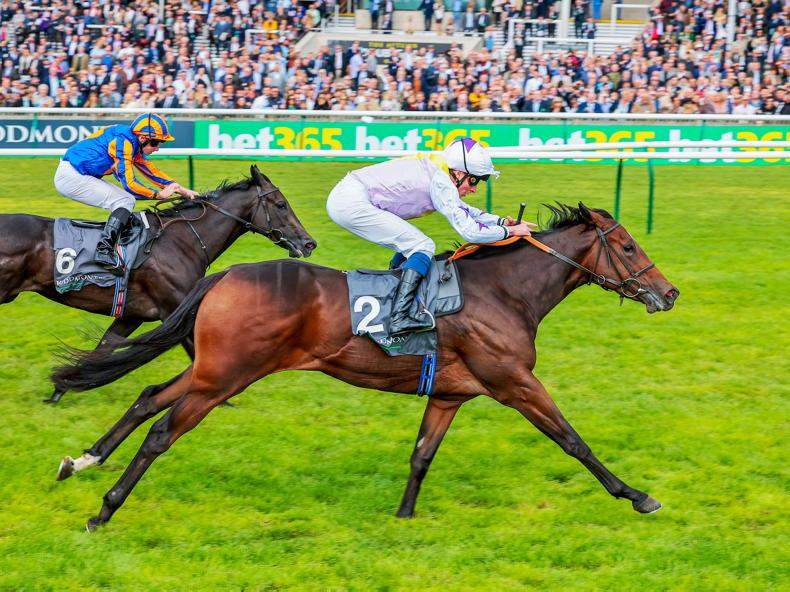