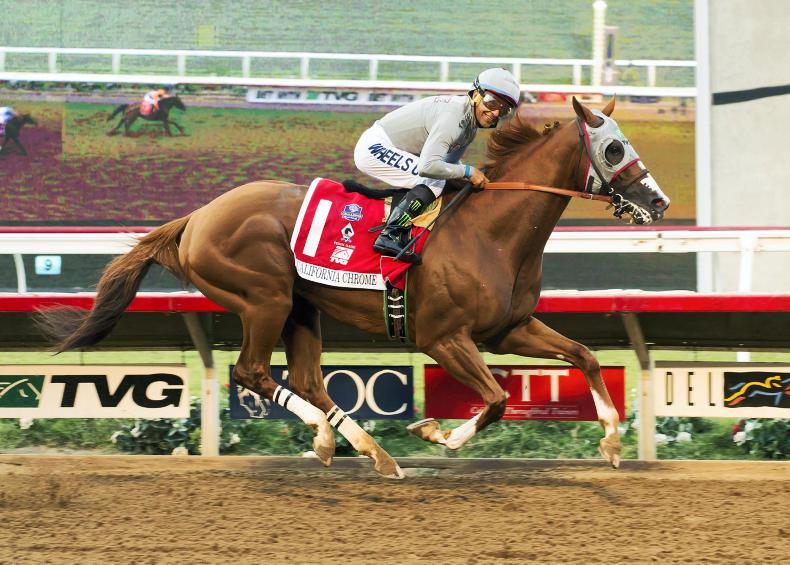 California Chrome - one of the star attractions this weekend. BENOIT PHOTO

Flintshire will try for a fourth straight graded stakes race win and third Grade 1 this season when he faces three rivals. He won the Grade 1 Woodford Reserve Manhattan Stakes in June at Belmont and, with a pacemaker in the Grade 1 Longines Sword Dancer Stakes in August at Saratoga, Flintshire delivered his usual late kick to win that race for a second straight year. The three other horses entered are stablemate Money Multiplier, who finished second to Flintshire in the Sword Dancer; Al Shaqab’s Ectot, who comes off a close second in an allowance race at Saratoga, and veteran Grade 1 winner Twilight Eclipse, who finished third in the Sword Dancer. The only threat to Flintshire looks to be a slow pace and sprint finish but jockey could even make his own running.

A. P. Indian, unbeaten in five runs this season, will seek another Grade 1 win when he faces seven rivals. The six-year-old gelding won the Grade 1 Priority One Jets Forego Stakes on Travers day at Saratoga by over two lengths, added to earlier win Grade 1 win in the Alfred G. Vanderbilt Stakes.

A. P. Indian’s main challenger will likely be X Y Jet, on make his first start since a neck defeat in the Dubai Golden Shaheen at Meydan. Prior to that, he was unbeaten in a five-race win streak that included blistering displays of early speed. Joking has won three in a row at Belmont and a Grade 2 last time. Holy Boss put together a four-race streak in the spring and summer of 2015. Stallwalkin’ Dude is an improver and was a solid third in A. P. Indian’s Forego.

The consistent four-year-old Forever Unbridled heads a cast of seven fillies and mares along with two Grade 1 winners. Forever Unbridled won the Grade 1 Apple Blossom Handicap and was placed behind Cavorting and Curalina at Saratoga, in both the Grade 1 Ogden Phipps and Personal Ensign Stakes.

Newton Anner Stud have two runners led by Off The Tracks who won the Grade 1 Mother Goose Stakes at Belmont at a mile and half a furlong in July in front-running fashion, then reverted to sprinting in the Grade 1 Test Stakes at seven furlongs and raced on a much too hot pace but held on to third before running fourth in the Prioress Stakes at six.

Rachel’s Temper also runs for Newton Anne. The three-year-old Paola Queen came from off the pace to beat Off The Tracks in the Test and needs to prove she is as effective at longer distances. She faded late in both the Grade 1 Acorn Stakes and Kentucky Oaks, she will be facing older fillies here, as will Off The Tracks but she might hold on .

Selection: OFF THE TRACKS

The field features the first three in the Grade 1 Del Mar Futurity, Klimt, Straight Fire and Midnight Pleasure. Klimt impressed in a fast time and won by four lengths after Straight Fire had run himself out and represents Bob Baffert in the colours of Kaleem Shah, worn by Bayern and Dortmund. The son of Quality Road has won three of his four starts. Ridden with more restraint Straight Fire could be a bigger threat.

California Chrome is the top-weight (gives 4lbs to rivals) and odds-on favourite in his Breeders Cup prep against the Bob Baffert duo, Dortmund and Hoppertunity. Art Sherman’s colt has won over $13 million and was hugely impressive last time in beating a stellar field of Beholder, Dortmund and Hoppertunity in the Pacific Classic and has won his five starts this season.

There are no US Grade 1 stakes winners in the field, but Avenge and Irish-bred Elektrum and Generosidade are Grade 2 winners along with the former British-trained Nancy From Nairobi. Richard Mandella also runs Majestic Heat, winner of her two races this season.

Beholder faces four rivals as she bids to get back from two defeats, one by today rival Stellar Wind. Multiple Eclipse Award winner Beholder put up a brave show against California Chrome and can see off her old rival.

American Cleopatra, a full sister to 2015 Triple Crown winner American Pharoah, won at first asking by two lengths in maiden at Del Mar to Union Strike. Champagne Room won the Grade 2 Sorrento Stakes at Del Mar and finished third by nose behind American Cleopatra in the Del Mar Debutante. Also expected to be involved is With Honors, a daughter of War Front who won the one-mile Del Mar Juvenile Fillies Turf Stakes. Bitzka is also unbeaten.

Next best: With Honours 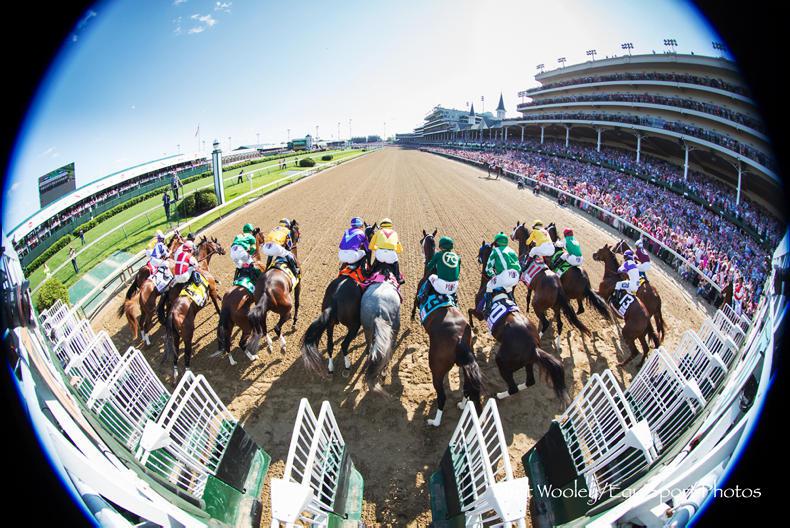 AMERICA: Mendelssohn shoots for Kentucky
Bold Arrangement, trained by Clive Brittain in 1986, came closest to winning the Kentucky Derby for a European stable. Mendelssohn's bid is causing excitement this year 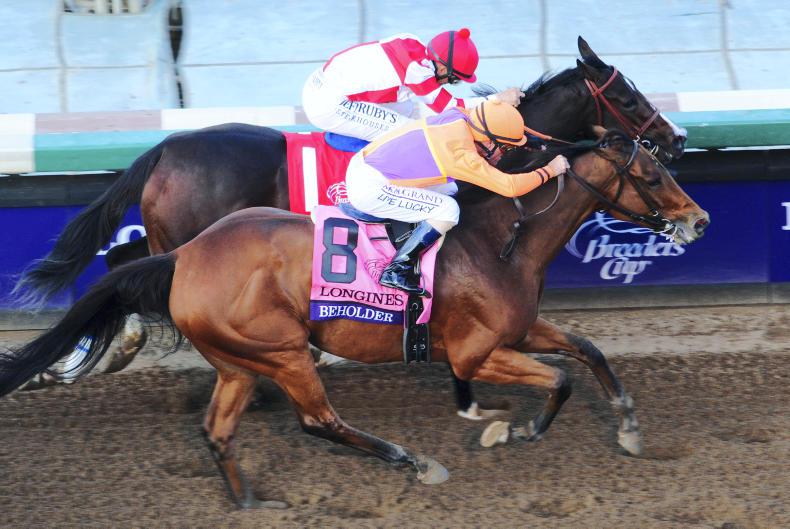 REVIEW OF 2016 - AMERICA: The star performance
Arrogate and California Chrome, Beholder and Songbird delivered iconic performances in the iconic races in 2016 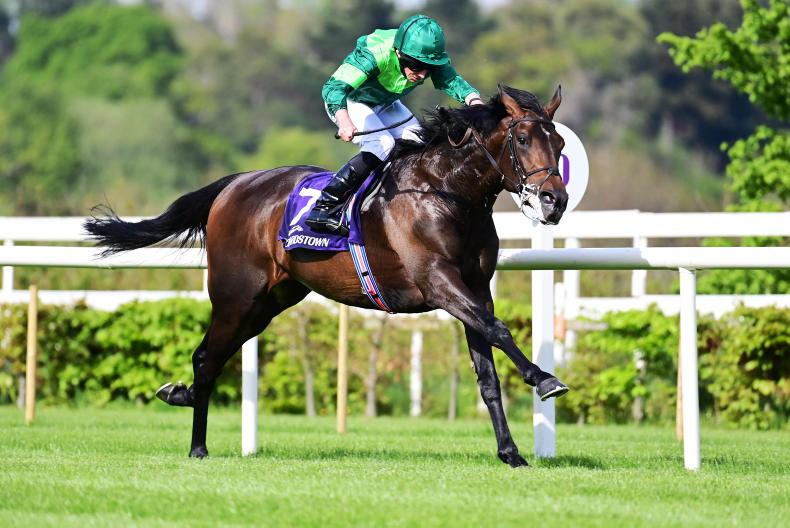 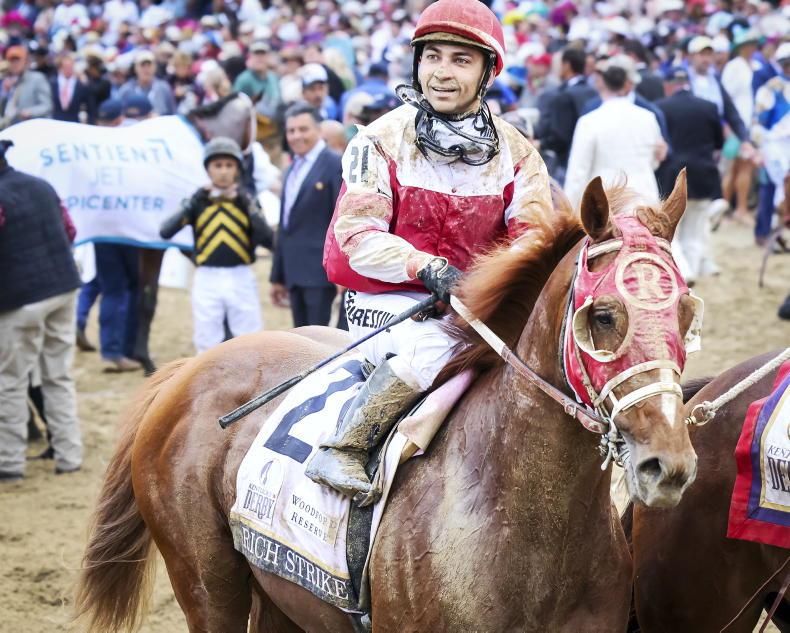 Anne Marie Duff
AMERICAN PREVIEW: Can the Kentucky hero Strike again?
Belmont hosts eight Grade 1s this evening with many of the top horses in the US in action