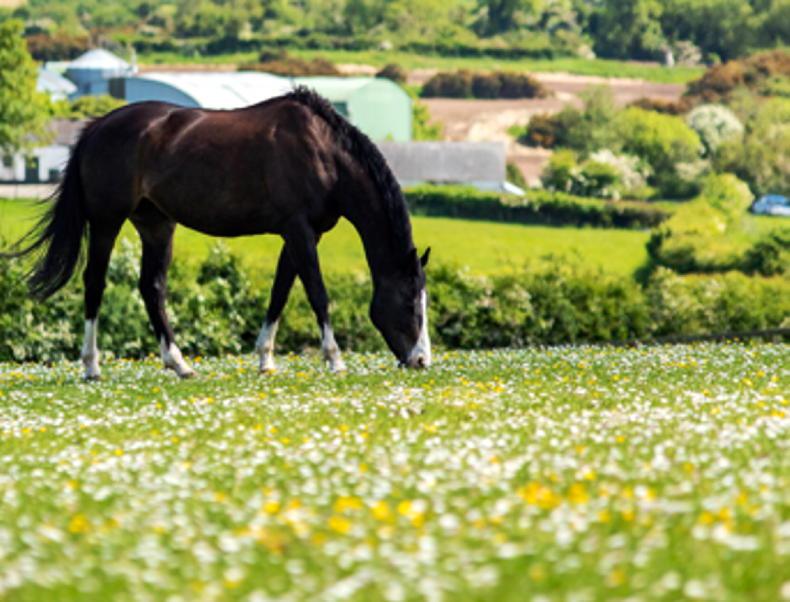 A PILOT initiated by pioneering thoroughbred charity Racing to Relate is underway in Northern Ireland in collaboration with Down Royal Corporation of Horsebreeders and June Burgess of Horses for People at Ballgraffan Stables. This is the first pilot from Racing to Relate’s international Thoroughbred Assisted programme underpinning their vision for thoroughbred welfare beyond racing.

Racing to Relate has pioneered an international-first through a collaborative research PhD with the University of Bristol with funding from The John Pearce Foundation, The Sir Peter O’Sullevan Charitable Trust and The Childwick Trust. The PhD is titled, The Selection and Education of Former Racehorses (Thoroughbreds) for Equine Assisted Therapy: Developing the Evidence Base for a Global Standard.

Professor Siobhan Mullan of Animal Welfare and Veterinary Ethics at UCD and will supervise the PhD: “Thoroughbred horses involved in Equine Assisted Therapy programmes are performing a really valuable role in society and yet little formal research has been done to understand how to optimise their welfare throughout their transition from racehorse to therapy horse and in the course of their new career.”

Racing to Relate is endorsed by Horse Racing Ireland and the British Horseracing Authority amongst others. Represented by Molly McClusky, Down Royal Corporation of Horsebreeders co-fund the pilot and Molly comments: “The field of Equine Assisted Services is starting to grow in Northern Ireland, and the benefits of these activities when undertaken in a safe, regulated and sustainable manner are incredible for both the horses and humans involved.”

The pilot follows the retraining of five thoroughbreds for use in Equine Assisted Services overseen by June Burgess and student placement Daria Fidgeon. June evented for Ireland in over 60 international competitions and at the British Eventing Championships. In 2019 June was recognised in the Armed Forces Soldiering On Awards for her work with veterans suffering from PTSD. Daria recently completed a BSc Hons in Equine Management at CAFRE and has worked at Gigginstown House Stud and will move to her new position at Coolmore Stud after the pilot.

The concept of the thoroughbred being given a second chance resonates particularly well with the veterans attending workshops at Ballygraffan. June’s work with veterans has been recognised as leading the way for best practice in Equine Assisted Therapy and Learning. Northern Ireland is a unique setting to be doing this work, which the Irish Military Heritage Foundation recognised during their visit with June this week. Danny Kinahan, the Veteran Commissioner for Northern Ireland, also in attendance, selected the Horses for People programme as he has witnessed first-hand the impact the work has on the veteran community in Northern Ireland. Kinahan can see the benefits June and her team can deliver to veterans throughout the island of Ireland.

“Thoroughbred Assisted pulls together everything that Horses for People is about.” explains June. “It is our duty to look after our horses, not only whilst they are competing, but once they have reached the end of their careers. But it’s not just our moral obligation: thoroughbreds add a new level of responsiveness to equine therapy. They are sensitive, curious, and expressive, precisely what I am looking for in my workshops.”

The pilot data collected daily at Ballgraffan is fed back to the University of Bristol to form part of the more exhaustive PhD study. At the end of the retraining programme, any thoroughbreds who prove to be more suited for a career other than one in Equine Asssited Services, will be supported in further training with agreed partners. It is hoped that in the future, the pilot outcomes will also help inform an academic module at CAFRE for the retraining of racehorses for use in Equine Assisted Services.

The horses have been at Ballygraffan for a few months and are well-settled. Elusive Time is 13 years old and won the 2017 Irish Cambridgeshire and five-year-old flat-bred mare Nouhime is recently off-track. Successful nine-year-old National Hunt gelding Our Seamus is also recently off track and has had kissing spine surgery. The latest addition, a gelding called Drummer, retired from racing in 2012 and went on to a second career as an eventer before entering the pilot.

25 minutes of your help

As part of the PhD project the Thoroughbred Assisted team at Bristol University is surveying organisations involved in Equine Assisted Therapy about their experiences and practices. If you are involved in Equine Assisted Therapy, Racing to Relate needs your help through an online survey. The online survey takes approximately 25 minutes. To access the survey online, simply scan the code above or visit the website at https://thoroughbredassisted.org/racing-to-relate/survey-launch-eng/