The colt, bought by Shadwell, is a half-brother to five blacktype horses, including Group 1 scorer Biz The Nurse; Dark Angel colt, who had been a €95,000 pinhook, next best at 625,000gns

Lot 1256, a Dark Angel colt out of Fuaigh Mor, made 650,000gns – the third highest price ever at Book 2 of the Tattersalls October Yearling Sale
Previous Next

THERE were records across the board including a new record price of 850,000 guineas as Book 2 of the Tattersalls October Yearling Sale came to a close.

Leading the way on the final day of October Book 2 was lot 1063, the Sea The Stars colt out of the Tobougg mare Biz Bar who set a sale record for Book 2 when knocked down to Shadwell Estates’ Angus Gold for 850,000 guineas.

Agents Alastair Donald and Charlie Gordon-Watson were both involved in the battle to secure the colt but it was Sheikh Hamdan, who has been in attendance every day during October Books 1 and 2, who prevailed.

The colt was bred by Massimo Parri, president of ANAC, the Italian Thoroughbred Breeders' Association, and consigned today by his Sienna-based farm, Allevamento Le Gi.

"I bought the mare Biz Bar out of training, and she has produced me five blacktype winners, including Biz The Nurse, the Group 1 winner of the Grand Premio di Milano and Group 2 Derby Italiano. She has been a fantastic mare.

"Sea The Stars was a champion and I have always thought a lot of him. I decided on him for Biz Bar because I thought he would suit her. Platinum Bloodstock help with my horses aboard and this colt was born in England.

"He was really a Book 1 horse, but my other lot in this year's draft was in Book 2 and they were travelling together so it made sense to sell them in the same week.

"He has always been a fantastic horse with great bone, and he has a great mind so travelling over was not a problem for him. It has been a great honour to have so many of the leading buyers interested in him."

Late in the evening, lot 1256, the Dark Angel half-brother to the listed winner Lexington Times, sold for 625,000 guineas, the second highest price at the sale this year and the third highest in the sale’s history.

A son of the Dubai Destination mare Fuaigh Mor, he was knocked down to John Gosden, on behalf of Godolphin, after the trainer saw off the efforts of MV Magnier to secure the Yeomanstown Stud-consigned offering.

The sale provided his owners with a stunning pinhooking result, having been purchased as a foal for €95,000.

"We purchased him from Bill Dwan," said David O'Callaghan, "and he could have been a Book 1 horse, but you need to split them somehow."

Anthony Stroud of Godolphin said: "He was our pick of the colts, he is gorgeous horse, he is from a good farm and by an excellent sire."

Earlier in the day lot 1076, the Lope De Vega first foal out of the group-placed Acclamation mare Boston Rocker was another yearling to reach at least 500,000 guineas when knocked down to trainer Roger Varian for exactly that amount.

The colt, who was consigned by James Hanly’s Ballyhimikin Stud, was secured by Varian after he saw off Shadwell Estates’ Angus Gold.

"Boston Rocker was a very fast mare when in training with Eddie Lynam and I always watched her racing and bought into her privately," said Hanly, who bred the colt in partnership. "She is a lovely mare, it's a great family and this is a great start. She has a Kingman colt foal and is in foal to Muhaarar."

Boston Rocker is out of Rocking, the half-sister to the Group 2 Flying Childers Stakes winner Superstar Leo whose siblings also include the dams of Group 1 winners Rivet and December Draw.

This year's sale has now produced four of the six lots to top 500,000 guineas at Book 2, three of them occurring during the final session.

Significant updates to a pedigree subsequent to cataloguing are always a boost for any vendor, but few could boast the number or quality of updates for lot 1136, the Showcasing filly out of the Manduro mare Coplow, consigned from Stowell Hill Stud.

The well-bred filly, whose immediate pedigree also includes the group winners Middle Club and Piping Rock, was knocked down to John Gosden for 380,000 guineas after he saw off a protracted effort from Bugley Stud’s Anthony Penfold.

The sale was a fitting tribute to the late Bob McCreery, who owned Stowell Hill Stud, and his widow Jeanette was understandably delighted, saying: "I am so thrilled and Bob would have been so proud. I really have to thank everyone at home and the Hannon team, they have made this family."

"Yet again, Book 2 has grossed more than any other European yearling sale except October Book 1 and the turnover, average and median have all reached unprecedented levels.

“The strength at the top of the market has at times been breathtaking and the statistics tell the story. Not only have we seen a new record Book 2 top price of 850,000 guineas, and a 500,000 guineas Book 2 record for a filly, but the number of yearlings sold for 300,000 guineas or more has risen from two last year to a massive 19 this year.

"Eight different buyers featured amongst the top ten lots this week and only Book 1 amongst European yearling sales has produced more 100,000 guineas yearlings.

"As ever, the support from the Maktoum family and their associates has been amazing and this has been backed up by truly international participation at all levels, as well as British and Irish owners and trainers competing strongly from start to finish.

Book 3 of the Tattersalls October Yearling Sale starts at 9.30am on Thursday, October 12. 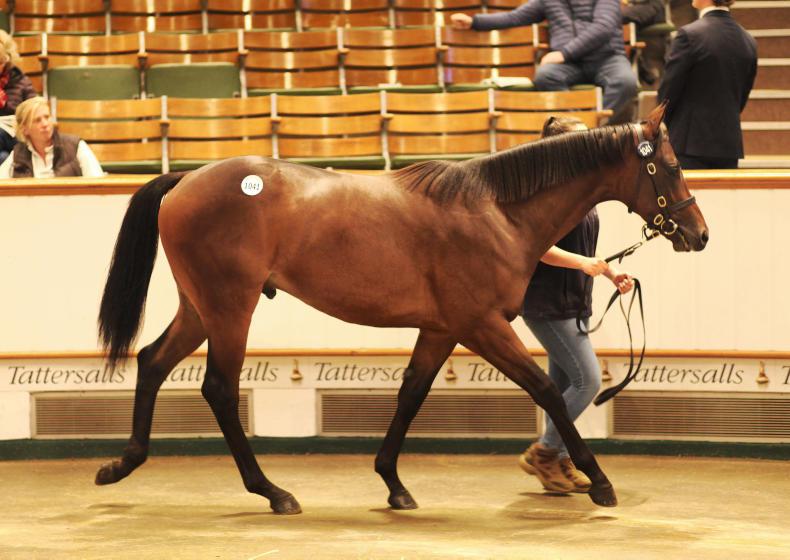 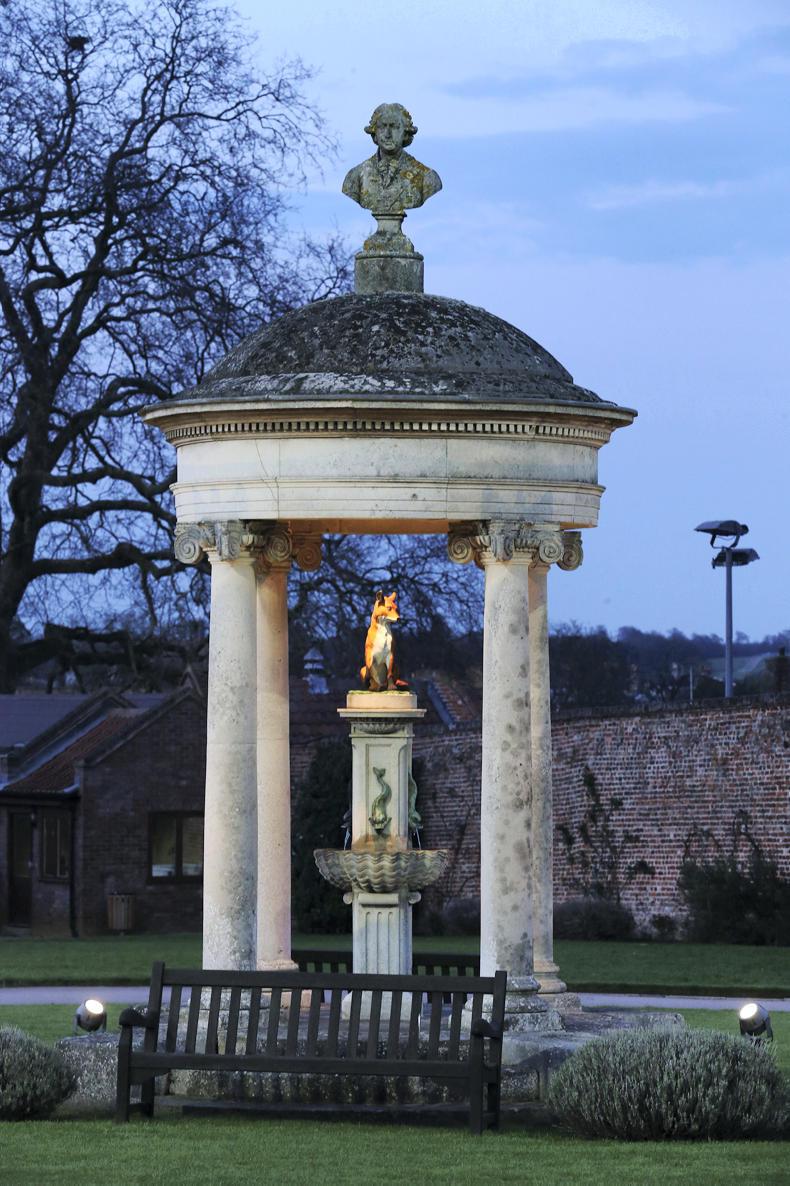 It's all Gloam as Godolphin rules
Sheikh Mohammed's Godolphin went head-to-head with MV Magnier for the sale topper, a fitting end to a stunning week of trade, writes Leo Powell 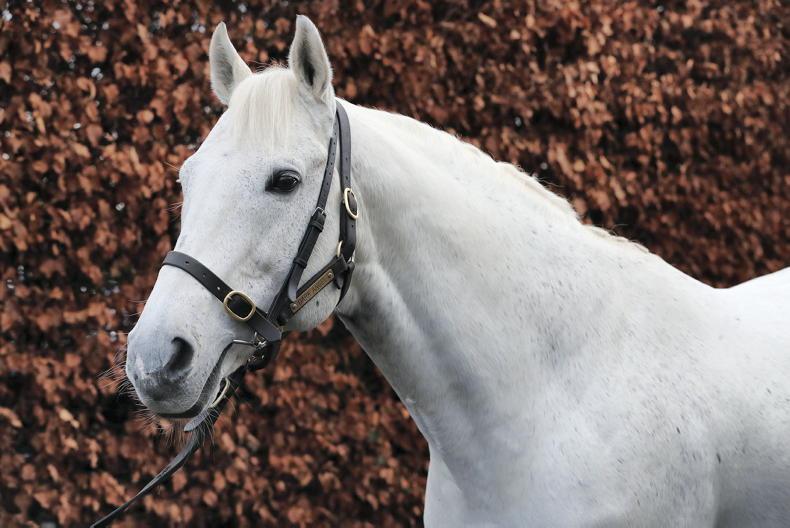