The Wexford native rode a double at his local track on Sunday, including the feature Jim & Kay Whitty Memorial Handicap Chase 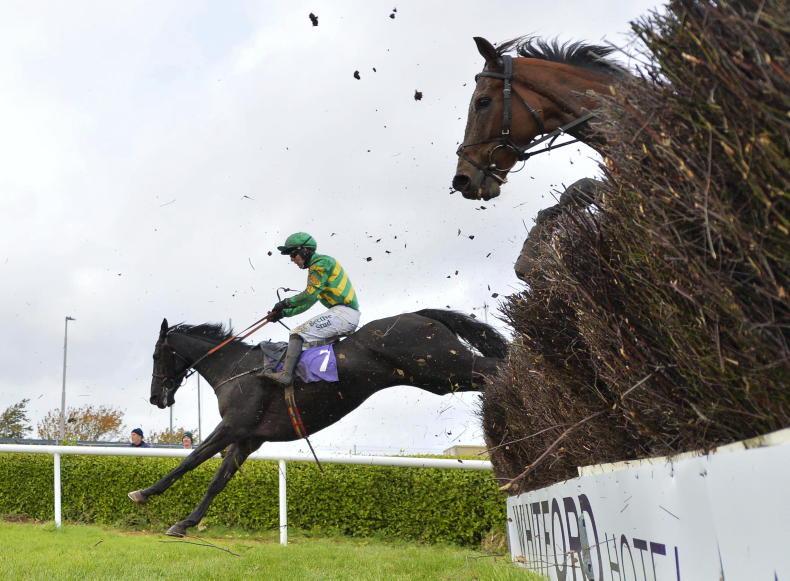 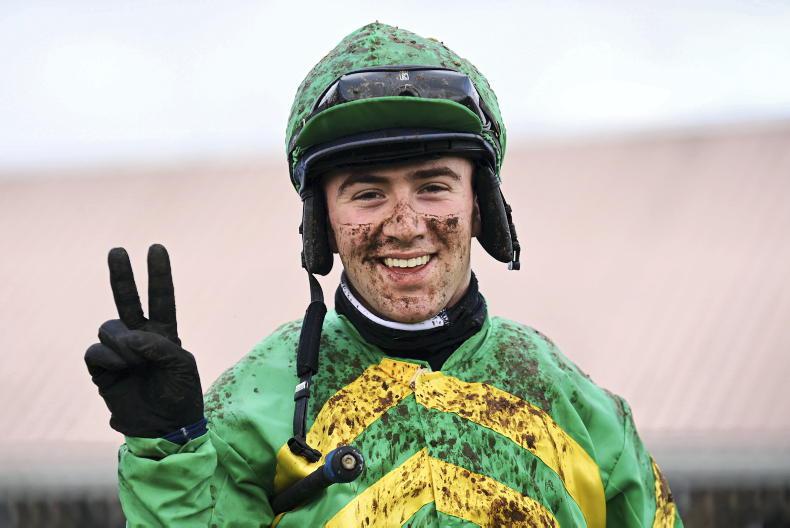 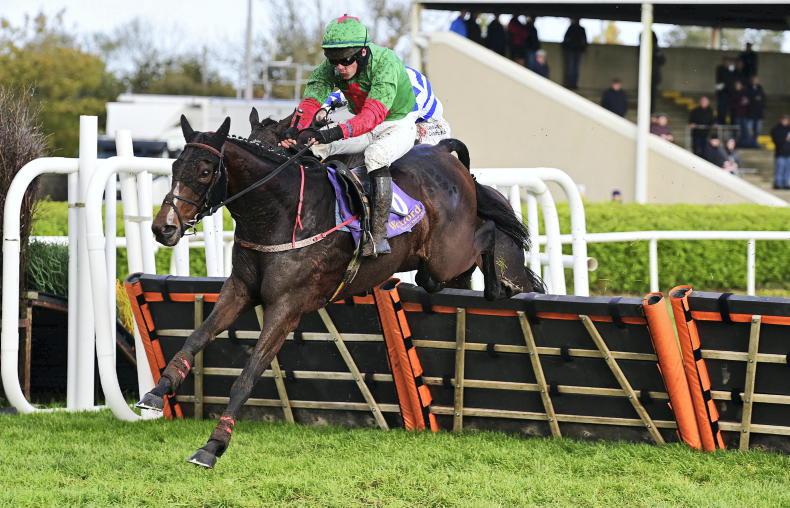 CUSHINSTOWN Finest and Jordan Gainford pulled off a remarkable win in the feature Jim & Kay Whitty Memorial Handicap Chase at Wexford on Sunday, with the latter completing a double in the process.

Owned and bred by Liam Carty, the Colin Bowe-trained 9/1 chance was in rear early on and had plenty to do in a moderate eighth from three out.

She gradually picked off her rivals from there and while still only fifth jumping the last, she powered through to lead in the final strides, just getting the better of Bolbec by three-parts of a length.

Bold Emperor and Ask Nile ultimately paid the price for setting a strong gallop on testing ground, as they both folded in the closing stages.

“She ran a solid race in Gowran and that really stood to her today,” Gainford commented. “They went a good gallop and going to the first she was a little bit disappointed that she didn’t get her own way.

“She is a real stayer, and on that ground and with the stiff finish it suited her today.”

There was further local joy in the www.horsehappyvets.com Handicap Hurdle, with Gainford registering his initial success aboard Dympnas Well in this two-and-a-half-mile contest.

Trained by Paul Nolan and recording her third win of the season, the Saddler Maker five-year-old was sent off the 10/3 favourite (from 7/1 early) in the colours of the Donohoe McKenna Partnership.

Having raced mainly in second, the five-year-old improved into a narrow lead before two out and extended her advantage on the run-in, coming home four lengths to the good.

“She is a consistent filly. The days she won before there was a cut in the ground and she appreciated the ground today,” Nolan remarked.

“Jordan gave her a great ride and he is just an exceptional talent.”

A DOUBLE rounded off a truly memorable weekend for Cox Plate-winning trainer Joseph O’Brien, with his Lunar Display taking the scalp of Queens Brook in the Irish Stallion Farms EBF Mares Hurdle.

Ridden by JJ Slevin, Lunar Display (11/4) was settled behind the leaders on the inner, getting to the front on the approach to the straight. Sent clear before the last, the Getaway chesnut came home a length and a quarter to the good, despite a sloppy jump at the final flight.

Queens Brook, who was returned the 11/10 favourite, filled the runner-up spot, keeping on well from the last without ever really threatening.

“It’s probably as slow as she would want it out there,” Slevin said of the Annus Mirabilis Syndicate owned five-year-old. “She had a very good run the last day in Limerick. She is progressing away and is a decent mare.”

Fire Attack (4/7f) completed the O’Brien brace, as he ran out an easy winner of the Irish Stallion Farms EBF Beginners Chase. The Gigginstown House Stud-owned six-year-old made all under Shane Fitzgerald and while not fluent at the third last, he still came home six lengths to the good.

“On ratings he was entitled to win it. He has not been the easiest because he is usually a bit keen and he can hang,” Brendan Powell, O’Brien’s assistant trainer, revealed. “It was a lovely performance, he made one mistake but other than that he was very slick.

The opening race on the programme, the Download The Boylesports App Maiden Hurdle, went the way of the Gordon Elliott-trained Rodaniche.

A good second on his racecourse debut at Listowel, the Brendan Scully-owned four-year-old was sent off an easy-to-back 9/4 chance (6/4 in early shows).

Settled in second by Jack Kennedy, he challenged the front-running Chiricahau at the last and soon got to the front, keeping on well from there to score by three and a quarter lengths.

“He jumped and kept at it well. He will probably get three miles and he is a lovely horse,” Kennedy stated.

“Hopefully he can keep improving. He improved from his run at Listowel, and the ground and the extra trip here helped him.”

CULLAGHS Star (5/1) provided Seamus Fahey with his second success in three days as he made the breakthrough in the Michael Moore Car Sales Volkswagen Portarlington Maiden Hurdle.

Placed on four of his previous seven starts, the Kalanisi bay certainly wasn’t winning out of turn in the colours of owner/breeder Padraig Reddin.

Settled behind the leaders by Simon Torrens, he took closer order from three out and improved to the front before the next, keeping on well under pressure on the run-in, coming home a length and a quarter to the good.

“Our concern was would he handle the ground so that opens up more options,” Fahey explained.

“Padraig was anxious to try and win a maiden with him because he has some of the family at home. We might keep him on the go now until Christmas.”

A length and a quarter was also the margin of victory for Kicking Princess, as she justified 9/4 favouritism in the concluding Irish Stallion Farms EBF Mares (Pro/Am) Flat Race.

Third over flights on her previous two starts, the Eoin McCarthy-trained five-year-old was settled in mid-division by Gary Noonan, travelling smoothly in a close third on the approach to the straight.

Ridden to the front inside the final furlong, she asserted her authority in the closing stages, scoring for owners John Leahy and Rhona Buckley. 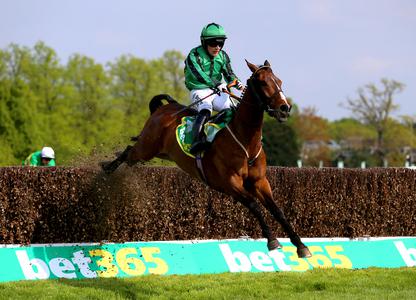 Irish Field Contributor
VIDEO: Hewick strikes for Shark Hanlon at Sandown
The 16/1 winner of the bet365 Gold Cup was bought for just €800 at Goresbridge 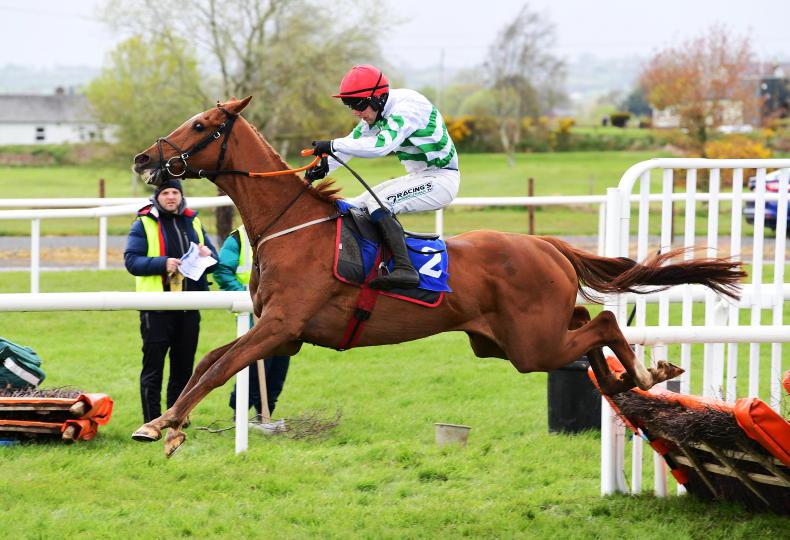 DOWN ROYAL MONDAY: Gainford combines with Foster for first treble
The exciting young rider continued his progression with three winners for Denise Foster at Down Royal on Monday 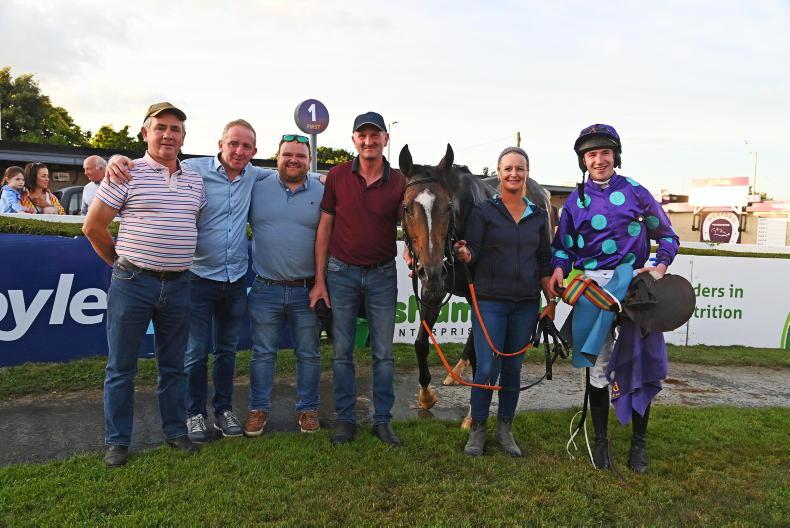 Ronan Groome
WEATHERBYS ITBA NH FILLIES BONUS: Dream alive after Lodilomoco lands first bonus
Lorcan Higgins is hoping the fillies bonus he won with his mare Lodilomoco at his local track Wexford, is the first of many 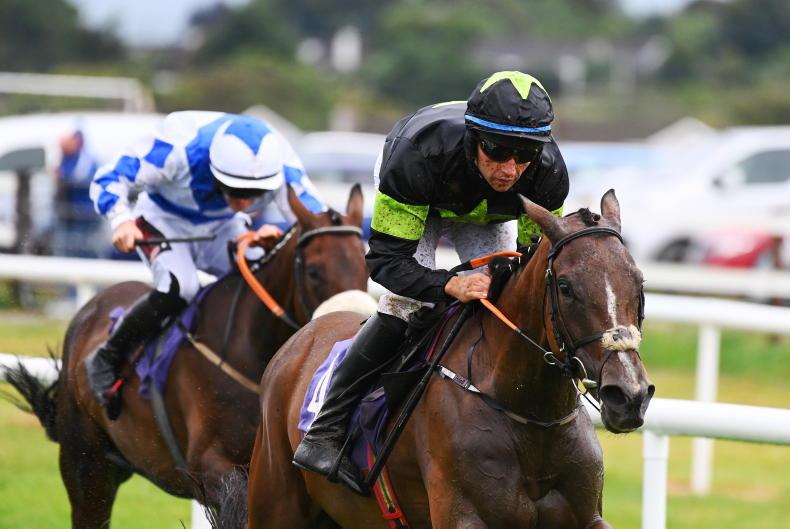