There were notable successes for Brewin'upastorm and War Lord on Sunday's valuable card, where Master Tommytucker lost his life in a fall 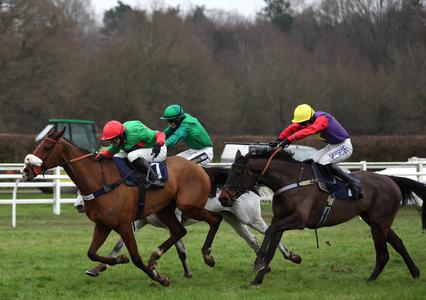 Two For Gold rallied in admirable fashion to deny Dashel Drasher in the Fleur De Lys Chase at Lingfield on Sunday.

Our thoughts are with those connected with Master Tommytucker ?? pic.twitter.com/EsMdfpdJtF

Kim Bailey’s nine-year-old pipped Jeremy Scott’s stable star to take the £78,045 first prize at odds of 10/1 in the hands of David Bass.

After jumping the last with a narrow lead, Two For Gold was headed in the final 100 yards by Dashel Drasher but fought back bravely as the winning post approached and got back up to get the nod by a short head.

Dashel Drasher had cut out most of the running after taking over Lieutenant Rocco and Bristol De Mai, who were the first to go on.

Lieutenant Rocco harassed Dashel Drasher for much of the journey, but he was the first beaten. Master Tommytucker was creeping into the race when he took a bad fall at the third-last fence and it was subsequently confirmed he had tragically suffered a fatal injury.

With Itchy Feet never able to get in a blow, it was left to Two For Gold, Dashel Drasher and Bristol De Mai to fight it out. The latter had to settle for third place, three-quarters of a length behind the first two, who served up a thrilling finish.

“I said to my assistant this morning that we need a horse to rescue us this season and what is the chance of this happening today,” said Bailey.

"He is funny old horse. He is a quirky individual and he has given the owners a huge amount of fun.

“When they announced this race, we said straight away that this was the race we wanted to go for. He loves soft ground and this meeting has been abandoned enough times to work out it was going to be heavy ground, which would suit him.

“He has done his job for the season if that’s the case. We’ll find something else for him, but he is a tremendous horse.”

Paying an emotional tribute to Master Tommytucker, Harry Derham, assistant trainer to Paul Nicholls, wrote on Twitter: “I adore this sport but sometimes it can be gut wrenchingly cruel. So sad for Tony Fear & Louise Cabble who bought Tommy into the world & have loved him since.

“Brave & bold he’d have run into a brick wall for you. I’ll always remember you at your terrifying best. Sleep well Tommy.”

The nine-year-old fell when going with every chance in the Relkeel Hurdle at Cheltenham on New Year’s Day – but put that misfortune behind him to land a valuable prize at the inaugural Winter Million meeting.

Starting as the 13/8 joint-favourite alongside Gavin Cromwell’s Darver Star, Coleman’s mount was at the rear of the field for much of the contest as Gary Moore’s Goshen led, with Darver Star appearing the one going best as things started to hot up.

But approaching the penultimate flight Brewin’upastorm was galvanised into contention by Coleman, avoiding Goshen’s errant jumping and pulling clear after a good jump at the last to beat Darver Star by a length and a quarter. Goshen was a nose back in third.

Murphy said: “We left Cheltenham gutted and you can see from the way he finished there, we had good reason to think he would have won.

“I didn’t enjoy watching that at all today. Darver Star had the run of the race and Goshen was going right. You always have to ride Brewin’upastorm with a little bit of room and Goshen was going everywhere we wanted to go and was a right inconvenience, but that’s horse racing.

“He’s a good horse and has done me proud and it’s nice he’s turned up on the big day. Yes, there’s only three runners but that’s not our fault and well done to Lingfield for putting on fantastic prize-money. I’m over the moon.”

He added: “It is more likely that we will bypass Fontwell and the National Spirit and I’d imagine we’ll probably freshen him up and go straight to Aintree for the Aintree Hurdle.”

War Lord gained handsome compensation for his fine run in a Grade 1 on his previous start with a hard-fought victory in the Cazoo Novices’ Chase.

The Colin Tizzard-trained seven-year-old had finished a long way second behind Edwardstone in the Henry VIII Novices’ Chase at Sandown – but showed he is pretty smart in his own right as he made it three wins from four races over fences.

Il Ridoto made the running in the four-horse affair with War Lord always on his heels in second place under Brendan Powell.

Taking closer order in the straight with three fences to jump, War Lord (11/10 favourite) had to work hard to overtake the long-time leader before landing the spoils by three and a quarter lengths. Faivoir edged Il Ridoto out of second place by a length.

Joe Tizzard, assistant to his father, said: “He deserved it. He has done nothing wrong all season. He is quite a progressive young horse. We have Doncaster next week in mind – we were always going to enter and just see where. I wouldn’t say this race has cut up, but the front three were all, on ratings, much of a muchness. I think he has done it quite nicely and I think he is getting better.

“He earned his right to run in a Grade 1 and he lost nothing in defeat. We were chuffed to bits he finished second that day and we dropped back down to a Grade 2. He is a two-and-a-half-mile hurdler so we can step up in trip when we need to, but just on this ground, we don’t need to yet.

“He has got two options at Cheltenham – the Arkle and the two-and-a-half-miler. As the ground dries out, we won’t be afraid to step him up, but at the moment, he jumps so well and he’s slick and he travels, so we don’t need to." 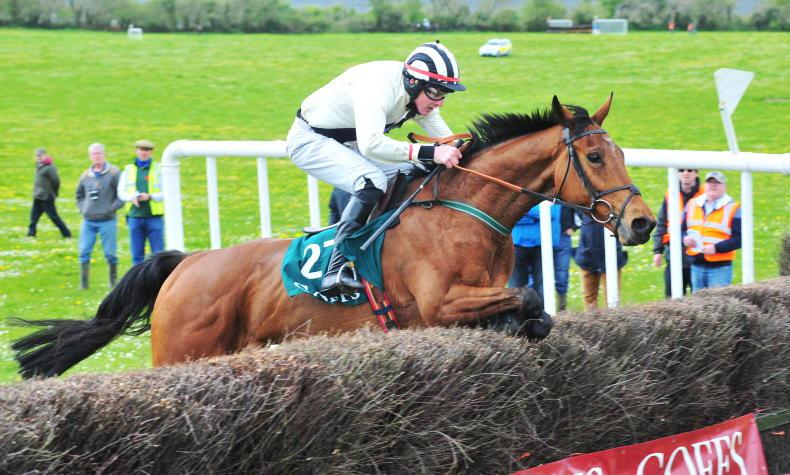 BREEDING INSIGHTS: Stormin’ to victory before Aintree tilt
Leo Powell looks at the pedigrees of recent winners Brewin'upastorm, Tritonic and Echoes In Rain 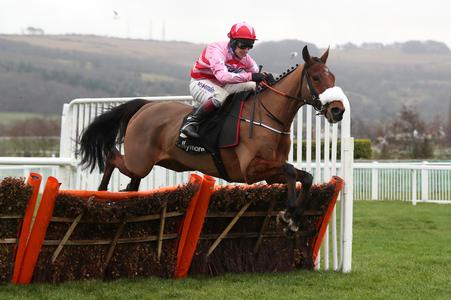 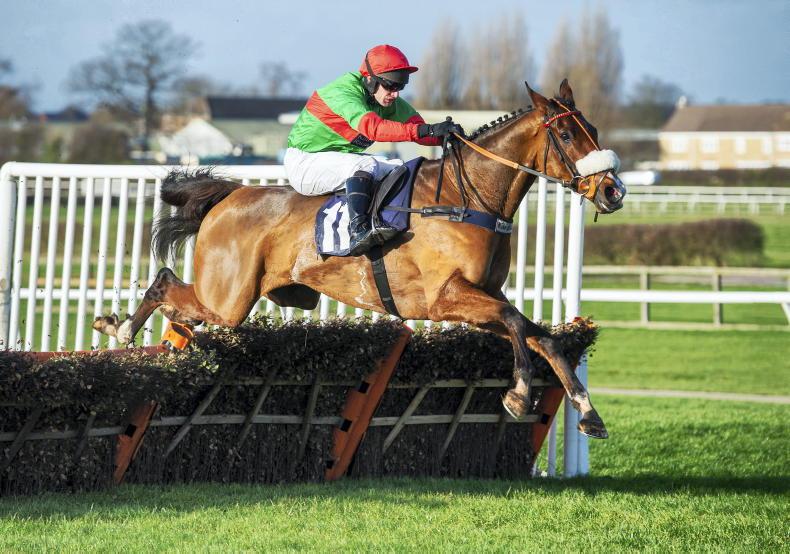 DONN MCCLEAN: The White Mouse looks over-priced in the feature
Donn McClean makes his selections at Kempton and Chepstow 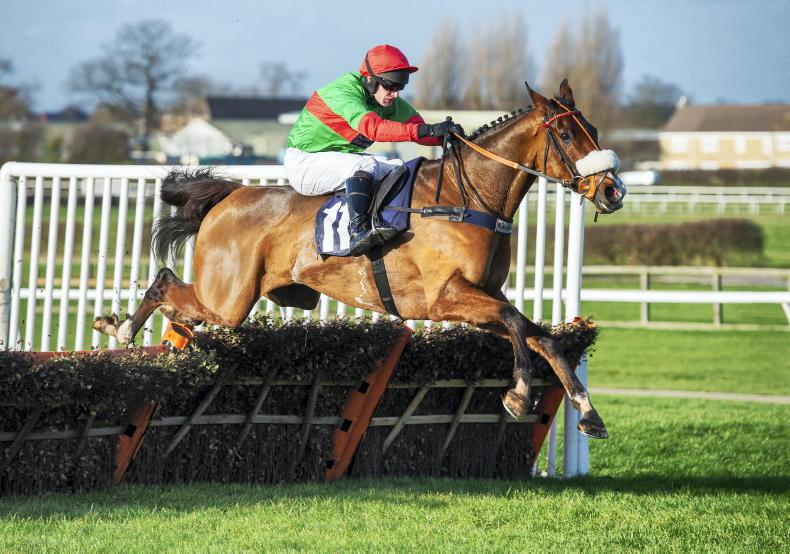 DONN McCLEAN: A progressive sort you should back at Newbury
Donn previews an intriguing Ladbroke Trophy in which progressive second-season chasers usually come to the fore