Just one final step...
You must confirm your email address by clicking on the link we’ve sent to your email address.
You are only one short step away from reading 5 free Field+ articles.
VIDEO: Shock defeat for Arrogate at Del Mar

VIDEO: Shock defeat for Arrogate at Del Mar
By Irish Field Contributor on 23 July 2017
The best horse in the world finished a tame fourth in the Grade 2 San Diego Handicap

ARROGATE, the record-earning colt and among the highest-rated horses in Timeform's history (141 earlier this year and 139 in 2016), suffered a shock defeat at Del Mar in the early hours of this morning.

Juddmonte Farms' star, who is trained by Bob Baffert, was sent off at 1/20 for the Grade 2 TVG San Diego Handicap over eight and a half furlongs at Del Mar but failed to pick up when Mike Smith asked for his effort with under a quarter-mile to go and was eased once it was clear he would finish no better than fourth of the five runners.

The race was won by the John Sadler-trained Accelerate, the chesnut having made all to score by eight and a half lengths in the hands of Victor Espinoza.

This crushing defeat was the grey's first loss since finishing third in a six-furlong contest on his debut in April of last year. 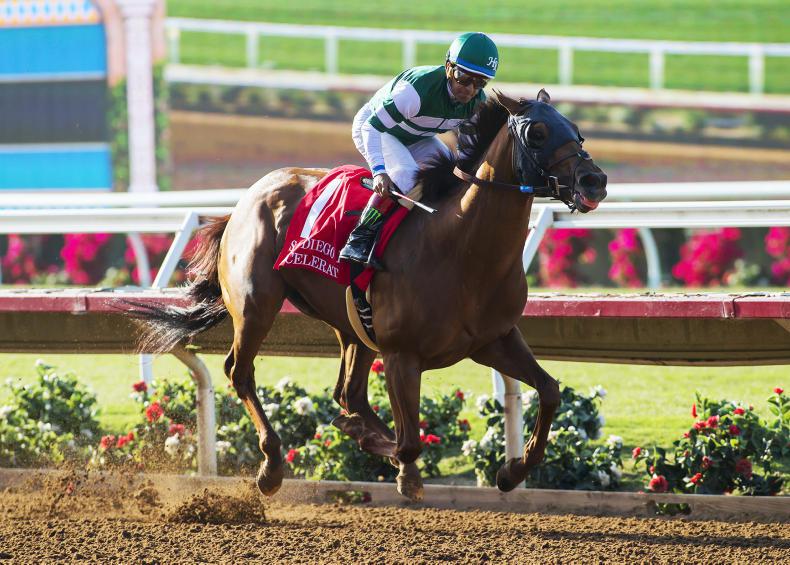