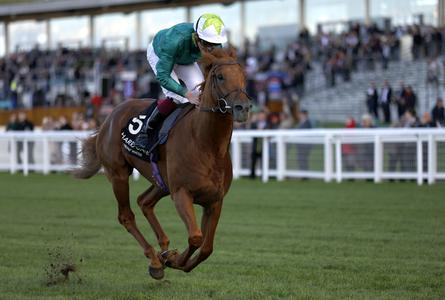 Scope capped a brilliant weekend in France for Ralph Beckett with the trainer’s second Group 1 victory in as many days, in the Prix Royal-Oak at ParisLongchamp on Sunday.

A French Group 1 double for @RalphBeckett this weekend! ??

Beckett sent Angel Bleu from his Hampshire yard for a successful raid on the Criterium International at Saint-Cloud on Saturday, and completed his cross-Channel one-two at the highest level as jockey Rob Hornby won his first Group 1 on his maiden visit to ParisLongchamp.

Scope was continuing the recent trend of three-year-old pre-eminence in this race – also known as the French St Leger, but open to older horses too.

The Teofilo colt was also a third consecutive British-trained winner of the Royal-Oak, following subsequent Gold Cup hero Subjectivist 12 months ago and Technician in 2019.

Hornby bided his time on the 5/1 winner as habitual front-runner Alkuin set the pace, closely attended by the Emmet Mullins-trained Zero Ten – who led into the straight.

But as the pack closed, Scope showed fine acceleration as well as stamina for this trip in rain-softened ground, moving to the lead a furlong out and holding off the challenge of Skazino by a length – with another three and a half lengths back to Glycon in third.

Dermot Weld's Search For A Song, who started favourite, finished fourth and Zero Ten was fifth of the 12 runners.