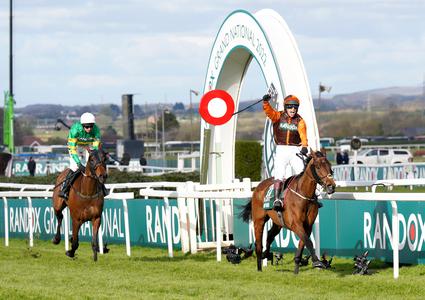 Sam Waley-Cohen - in his last ever race - wins the Aintree Grand National on 50/1 shot Noble Yeats. They hold off Any Second Now on the home straight. What a story!#GrandNational | #VMTVRacing pic.twitter.com/QgKm3W7zSz

The horse was ridden by amateur rider Sam Waley-Cohen who was enjoying a fairytale finale to his career in the saddle.

The 39-year-old announced his intention to retire on Thursday, nominating Noble Yeats, owned by his father Robert, as his farewell ride in the world’s most famous steeplechase.

Few would have expected Noble Yeats to strike in the extended four-and-a-quarter-mile showpiece – but he ran a magnificent race as he fended off the 15/2 favourite Any Second Now for a famous National success.

Coming to the last they were the only pair in contention and under a strong drive, Noble Yeats kept finding more to prevail.

His six previous wins at Aintree won't compare to his seventh. Sam Waley-Cohen bows out of horse racing in the most memorable fashion.

"It's a fairytale, a fantasy. I'm full of love, happiness and hopefulness. You couldn't make it up."#GrandNational | #VMTVRacing pic.twitter.com/Omzd1r9dmw

Emmet Mullins, trained of 50/1 hero Noble Yeats on his victory in the world's most famous chase pic.twitter.com/oGp6LvftvA

Emmet Mullins is a nephew of trainer Willie Mullins. His father George runs a major horse transport company. Emmet was a successful jockey himself, his biggest win coming at the Cheltenham Festival on Sir Des Champs in 2011.

He took out his trainer's licence in 2016 and has quickly established himself as a shrewd operator, regularly associated with successful gambles in handicap races. He is also a horsetrader, not afraid to buy young flat and jumps horses with the intention of adding value to them on the racecourse and selling them on.

Noble Yeats, a seven-year-old gelding by Yeats out of That's Moyne (by Flemensfirth) was bred by Mrs Kristene Hunter. He was sold as a three-year-old at Tattersalls Ireland for just €6,500 to Co Clare trainer Donie Hassett.

After finishing second in a point-to-point at Ballindenisk in December 2019, he was sold for £75,000 at the Tattersalls Cheltenham Sale.

A year later he made his racecourse debut for Emmet Mullins in the colours of owner Paul Byrne, finishing third in a Limerick bumper. He duly won a Thurles bumper the following month and was offered for sale at Tattersalls in Newmarket but failed to sell when bidding stopped at £290,000.

The horse continued to race in the Byrne colours and steadily progressed, finishing second to the top-class Ahoy Senor in a graded novice chase at Wetherby two months ago. It was after that race that the Waley-Cohen family stepped in to buy the horse privately. 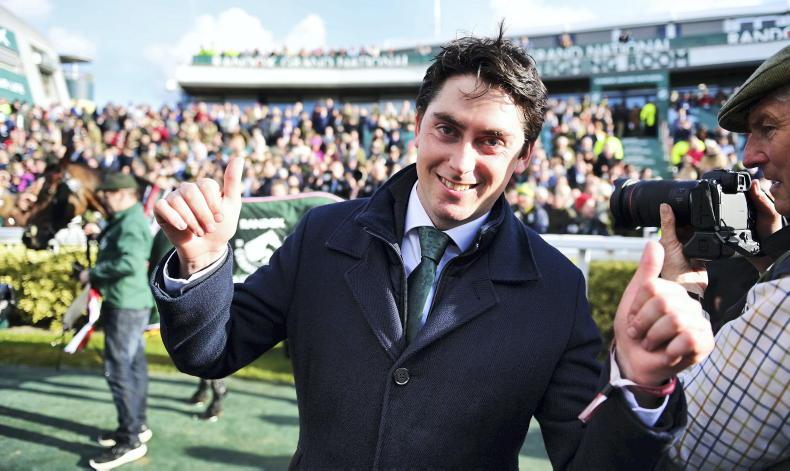 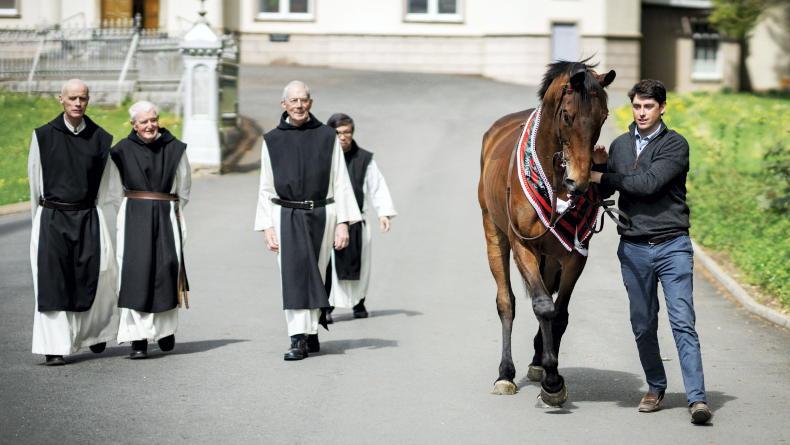