Just one final step...
You must confirm your email address by clicking on the link we’ve sent to your email address.
You are only one short step away from reading 5 free Field+ articles.
VIDEO: Magical performance thrills O'Brien on her return

VIDEO: Magical performance thrills O'Brien on her return
By Irish Field Contributor on 13 April 2019
Magical produced a sparkling performance on her seasonal reappearance with an impressive defeat of fellow Group 1 stars Flag Of Honour and Latrobe

MAGICAL further enhanced her growing reputation with an impressive victory on her seasonal debut in the Group 3 Alleged Stakes at Naas.

Aidan O’Brien’s four-year-old was an even-money favourite, having won the Qipco British Champions Fillies & Mares Stakes at Ascot last October before going on to push the mighty Enable hard when runner-up in the Breeders’ Cup Turf at Churchill Downs.

Returning over 10 furlongs, she was towed into the race by her stablemate Flag Of Honour and eased past the long-time leader before stretching clear with ease under Ryan Moore to win by four and half lengths.

The same distance stood between the runner-up and third-placed Latrobe, respectively trained and ridden by O’Brien’s sons, Joseph and Donnacha.

Last year’s Irish Derby winner therefore performed with credit too, but Magical was in a league of her own.

Magical, a Group 1 winner on British Champions Day and just three parts of a length behind the all-conquering Enable last time out, wins well on her seasonal reappearance

Winning trainer O’Brien said: “That was a lovely start back for her, and you couldn’t be happier with it.

“She has the choice of going for the Ganay in two weeks or go for the Mooresbridge and on to the Tattersalls (Gold Cup). What we thought we would do is give her a few runs, a little rest and then the autumn.

“She’s physically done very well over the winter, and we were never as happy with her as we are now.

“She travelled into the race very well and was just ready to be let go. That should do her good, and she had an easy enough time.”

The runner-up did O’Brien proud too, and he added: “I was very happy with Flag Of Honour as well.

“He doesn’t need to go as far as we have run him. He could go for the Vintage Crop or he could go for some of the races that the filly (Magical) goes for. He’s happy making the running.”

Magical’s victory was a second notable success of the day for O’Brien and Moore, for whom Monarch Of Egypt had kick-started the card in the Irish Stallion Farms EBF Race.

The juvenile was a first runner for his sire American Pharoah, the former US Triple Crown winner, and was also supplying O’Brien with victory at the first attempt with his two-year-olds this season.

Monarch Of Egypt under Ryan Moore ensures American Pharoah begins his career as a sire with a winner! pic.twitter.com/HXYTWljUwy

Monarch Of Egypt led almost throughout and then sprinted clear to score by two and three-quarter lengths.

There was no answer to the 9/10 favourite’s burst of speed, and Betfair were equally quick off the mark with a quote of 14/1 for the Coventry Stakes at Royal Ascot.

Ming Warrior got closest to the winner – but it was one-way traffic, and O’Brien duly confirmed his intended target this summer.

“Hopefully, he will be a Royal Ascot horse – but he’d need to run again,” said the trainer. “He was never away, and you couldn’t ask for him to do any more.

“He’s a straightforward, honest horse who shows plenty of speed – and Ryan said he’d have no problem getting six or seven either.

“He’s babyish and was a bit green when he got there. He’s a lovely, uncomplicated horse – lovely mind, and was just ready to come to the track.” 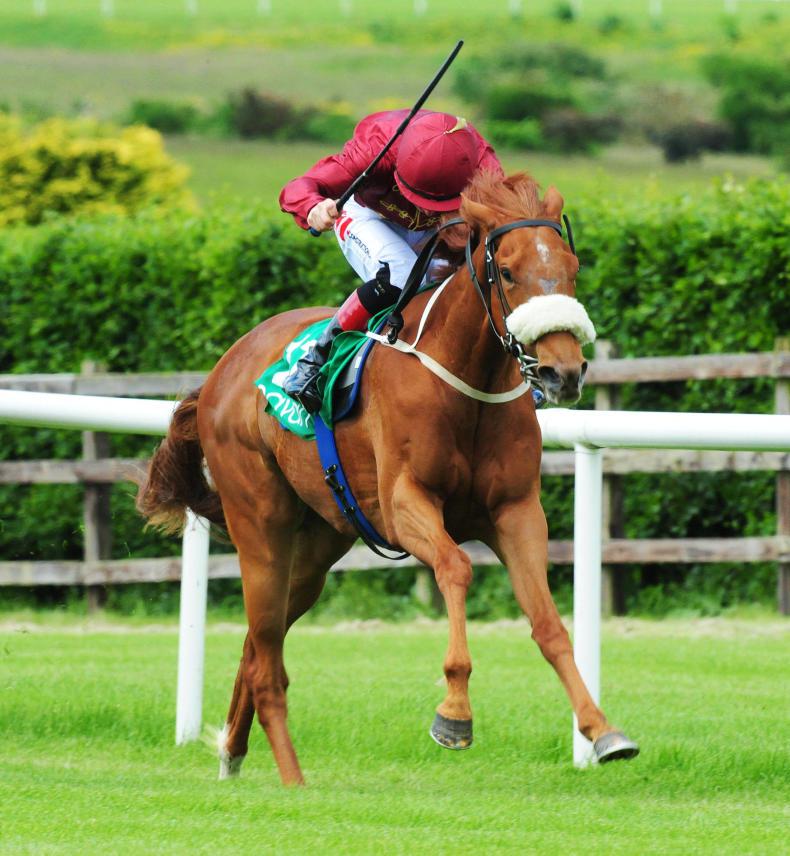