Grand Nationals could be on the cards for the winner, while Coeur Sublime and Mercurey also put up notable winning performances on Thursday 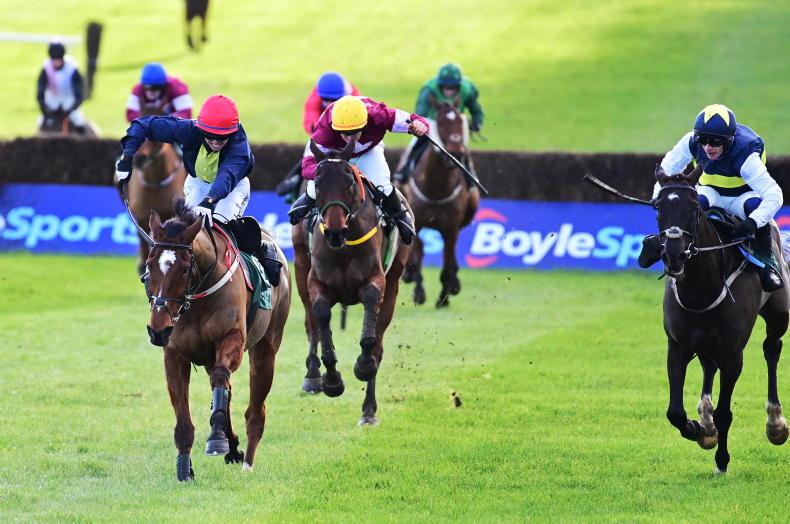 Longhouse Poet could tread a familiar path for Martin Brassil after gaining the trainer a first Goffs Thyestes Chase success since Numbersixvalverde in 2005.

Longhouse Poet won the Goff Thyestes Chase for trainer Martin Brassil and jockey Darragh O'Keeffe, as the crowds returned in force for one of the traditional dates in the National Hunt calendar #rteracing pic.twitter.com/TOOEuDyPUH

The gelding was in fact Brassil’s first runner in the race since then and, having been available at 25/1 a week ago, started at 9/1 on Thursday under Darragh O’Keeffe at Gowran Park.

Over the last Longhouse Poet took a narrow lead and stayed on steadfastly to hold off his rival and secure a three-quarter-length success with Mister Fogpatches (11/1) a further four and a half lengths back in third.

“He got a good start and Darragh said he never missed a beat,” Brassil said. “He was always able to take him back and give him a breather.

“I would have said he was more effective on heavy ground, but he seemed to handle that.

“I know it’s soft, but there’s a bit more life in it today. He just really enjoyed it.

“He came alive when he came into the ring, he was really fresh and bright in himself. When horses are healthy and well, they don’t take a lot of training.”

The season after Numbersixvalverde’s triumph the trainer aimed for the Grand National and did not miss, landing the Aintree spectacular as he got the better of Hedgehunter by six lengths.

Longhouse Poet has been introduced to the market for the famous staying contest at a price of 33/1, and Brassil intends to enter him for Aintree along with the Irish National at Fairyhouse.

“The last time I had a runner in the race (Thyestes) was when Numbersixvalverde won it,” he said.

“They’re great races to win, these historic races, won by some great horses going back the years.

“It’s only his second run in a handicap, but he came from a good school.

“There’s an entry closing on Monday for Aintree, and we’ll think of the Irish National as well. They’re the type of races we’ll be looking at.”

Former smart hurdler Coeur Sublime got off the mark at the third time of asking over fences with victory in the Daly Farrell Chartered Accountants Beginners Chase.

"The Grand Annual would certainly be on our mind," says @HenrydeBromhead.

The classy Coeur Sublime has run into Ferny Hollow so far over fences and justifies short odds in style at @GowranPark1.

Chosen Mate won this race two years ago before next-time out success at Cheltenham pic.twitter.com/8L0fxIQVJx

Third to Ferny Hollow in Grade 1 company over Christmas, having been second to the same horse earlier last month, he was sent off at 1/6 under Rachael Blackmore and won accordingly.

Trainer Henry de Bromhead said: “He jumped great apart from the last one down the back. I’m delighted with him and he’s a class horse.

“He’s entered in the Arkle and he’ll get an entry in the Grand Annual. We’ll see what the handicapper thinks and decide nearer the time.”

The P.J. Foley Memorial INH Flat Race went the way of another odds-on shot, as the Mullins-trained Mercurey (30/100) sent temperatures soaring with a 13-length success.

Mercurey justifies the pre-race hype with an explosive debut for Willie and Patrick Mullins and the Riccis at @GowranPark1 pic.twitter.com/oRl1dsQNJc

However, Mullins issued a note of caution on his participation in the Champion Bumper at Cheltenham.

“He shows me that at home. He was very impressive there and we’ll see where we go with him now,” said the Closutton handler.

“He’s only four and I’m not sure that I want to go to Cheltenham with him. We’ll have a word with connections and see how he comes out of that race.

“He could possibly go for the winners’ race in Limerick and go on then to Punchestown.

“There were some well thought-of horses behind him and he left them for dead after making his own running.

“He is a huge prospect for jumping. He’s got size and scope and is by the right sire. He’s a nice one to look forward to.” 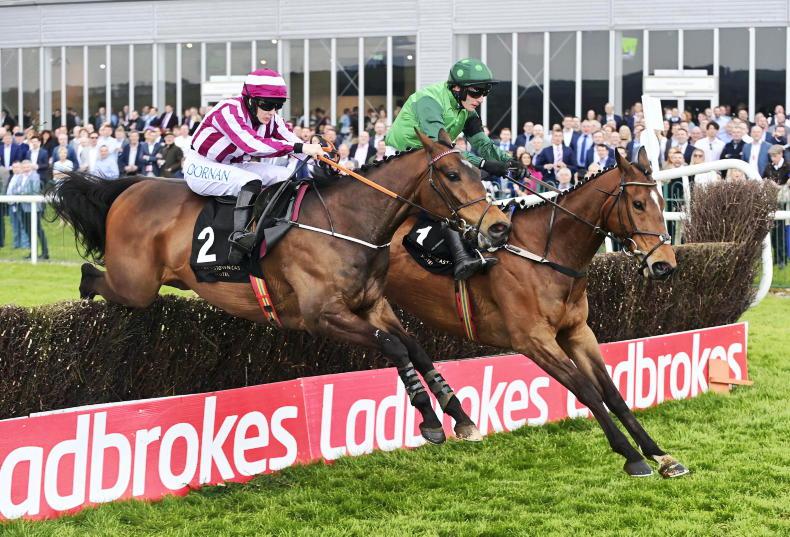 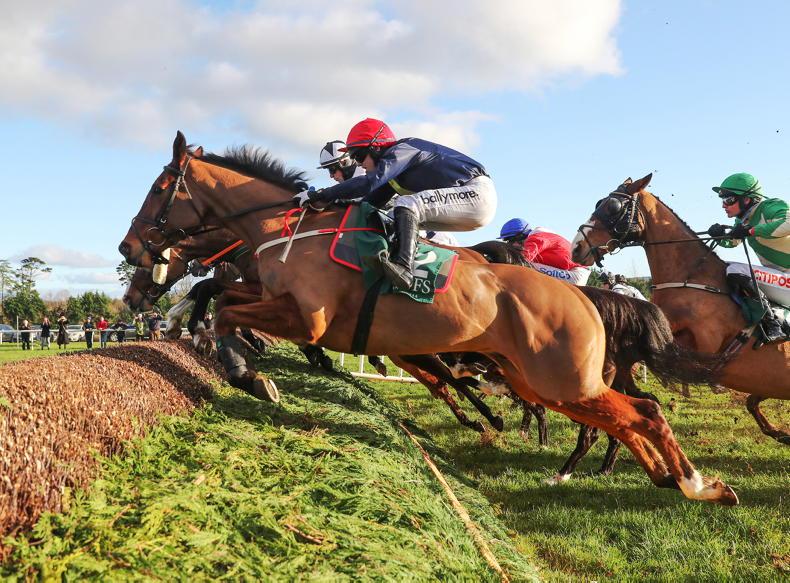 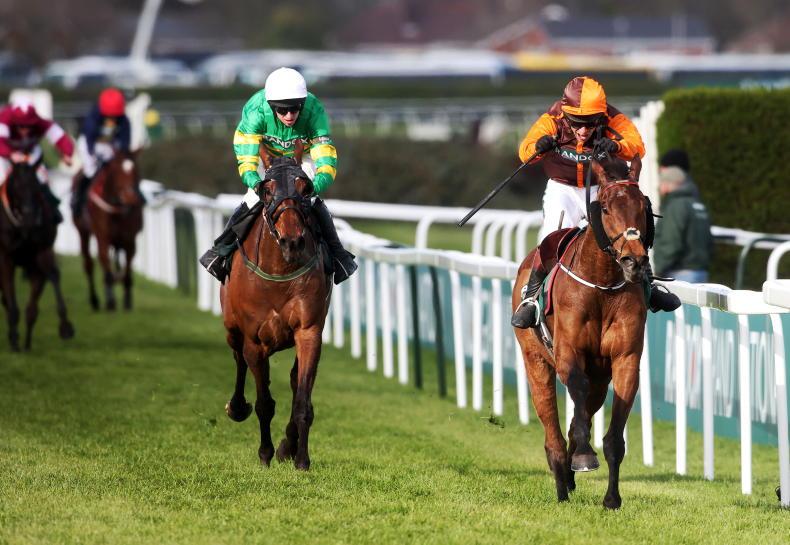 Andy Bate
TIME WILL TELL: Yeats rates highly but Poet is the pick for next year
Andy Bate reviews the Grand National from a time perspective and picks out the most notable performance from the beaten horses 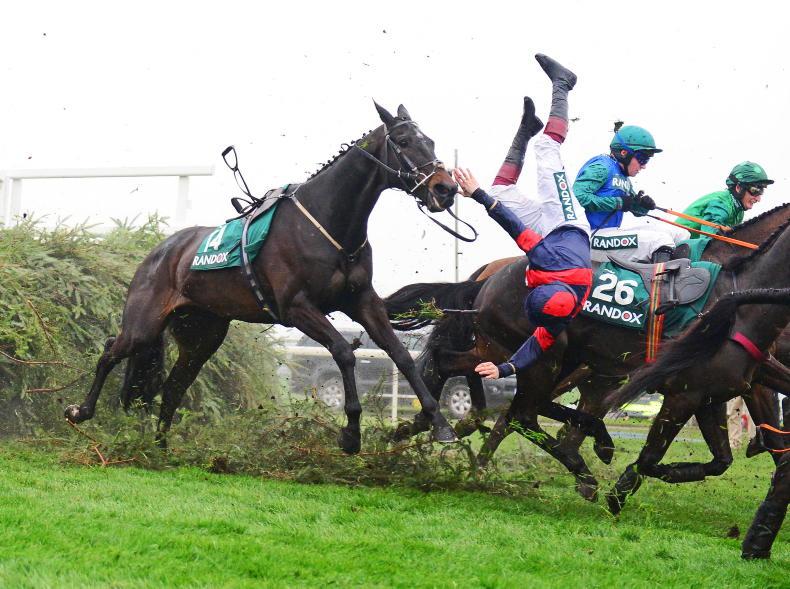