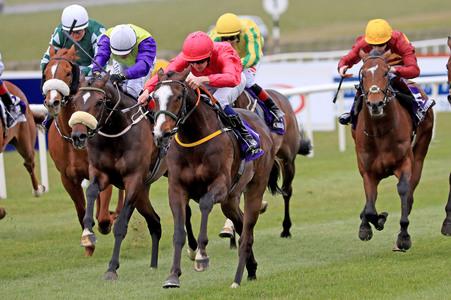 Layfayette finished with a flourish to deny one-time classic favourite High Definition a comeback victory in the Hollywoodbets Alleged Stakes at the Curragh on Sunday.

What a ride from @OrrOisin as he delivers Layfayette with a storming run in the Group 3 Hollywoodbets Alleged Stakes at @curraghrace for trainer @tuvastables ?? pic.twitter.com/kiae4pBwjc

Aidan O’Brien’s High Definition looked a potential superstar in the making after two juvenile victories, but was beaten in each of his four starts last season.

The Galileo colt was the 5/2 favourite as he dropped to Group 3 class on his reappearance, but he ultimately had to make do with minor honours.

While High Definition raced on the heels of the front-running Visualisation for much of the 10-furlong contest, the Noel Meade-trained Layfayette – winner of last year’s Irish Lincolnshire – was dropped out last by Oisin Orr.

High Definition battled his way to the front inside the final furlong, but he was unable to resist the late charge of 7/2 chance Layfayette, who passed the post a length and a quarter to the good.

The winner was doubling his tally for the season after landing the Listed Devoy Stakes at Naas a fortnight ago.

Meade, who also saddled the fifth-placed Helvic Dream, who was running for the first time since landing last year’s Tattersalls Gold Cup, said: “The two of them did a little piece of work the other morning, Colin (Keane) rode the other fella and Oisin rode this fella. He worked so well I said I couldn’t not run him.

“I didn’t want to run one against the other, but I knew the other fella was going to need it and I was always afraid that the ground was going to be too quick for him and that I might have to take him out.

“This fella goes on most ground. He’s just getting better and Oisin thinks he’ll be better over a bit further – he thinks a mile and a half will suit him better.

“He’s been in fantastic form all spring. To have the two of them heading the same direction you don’t like to be bumping heads.

“Chris (Hayes) said the ground was as quick as the other fella (Helvic Dream) wanted it. He wants soft ground and he’ll come back here for the Mooresbridge Stakes. The winner is in it and you’d have to think about that race for him as well.

“If he keeps climbing the way he’s climbing you wouldn’t know where he would end up. That was impressive today.” 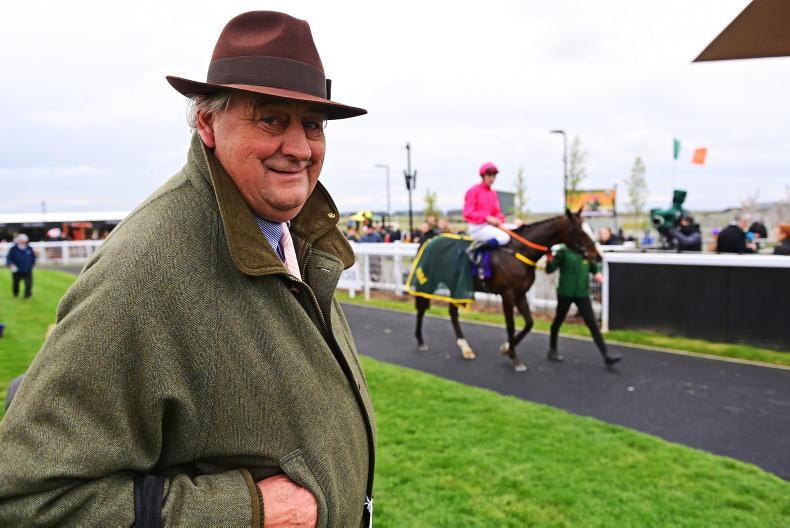 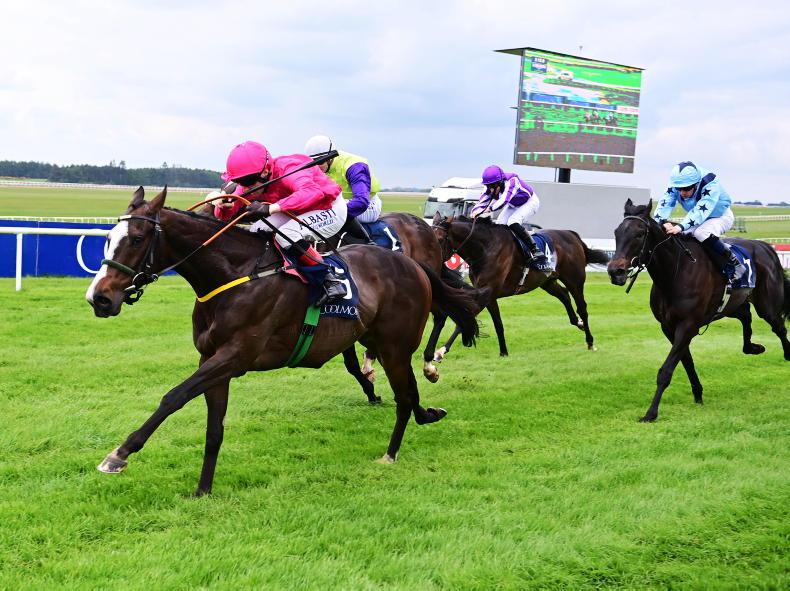