The French-bred gelding won by two and a quarter lengths to maintain his unbeaten record; 50-1 debut surprise in the maiden 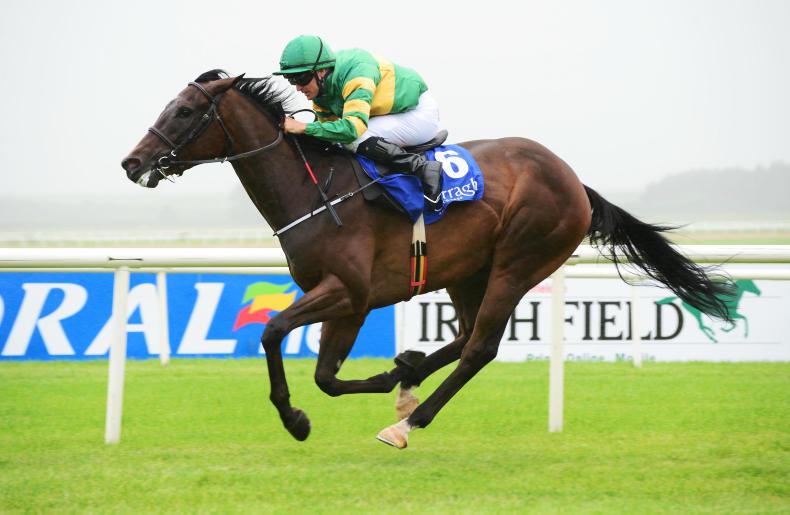 A leading ante-post fancy for the Investec Derby, Aidan O'Brien's charge Douglas Macarthur was sent off 8-13 favourite for the one-mile contest and took them along in the early stages, but the writing was on the wall when the Ken Condon-trained winner travelled nicely into contention turning for home.

Shane Foley's mount found much more when push came to shove and the 9-1 chance stretched out to record a two-and-a-quarter-length verdict over Firey Speech, who nabbed the favourite for second late on.

"He was maybe a big enough price. We did really like him and as I said at the time when he won at the Curragh I thought he was just about ready to start," said Condon.

"He's worked twice since then and you could see that he acts like the good ones and they improve from work to work and week to week. I'd say he'll be put away now and we'll aim him for some nice races next year.

"I'd say he'll stay a mile and a quarter but he has that nice blend of speed and stamina. All the good ones have that. He's a talented horse and one to look forward to. If he was still a colt he'd be going for the Group 1 in France on October 30, but because he's a gelding that's out."

Holiday Girl was sent straight to the front by Billy Lee and refused to go down without a fight when challenged by O'Brien's Key To My Heart in the home straight, but neither could repel the late challenge of David Wachman's outsider.

The Galileo filly finished with a wet sail under Declan McDonogh and crossed the line with a length to spare from Holiday Girl.

Trainer David Wachman, who will retire at the end of the season, said: "She's a nice filly. She's straightforward and Declan gave her a great ride. She'll be a nice filly for Aidan next year."