Title: VIDEO: Has Henry de Bromhead bought the next Honeysuckle for £370,000? 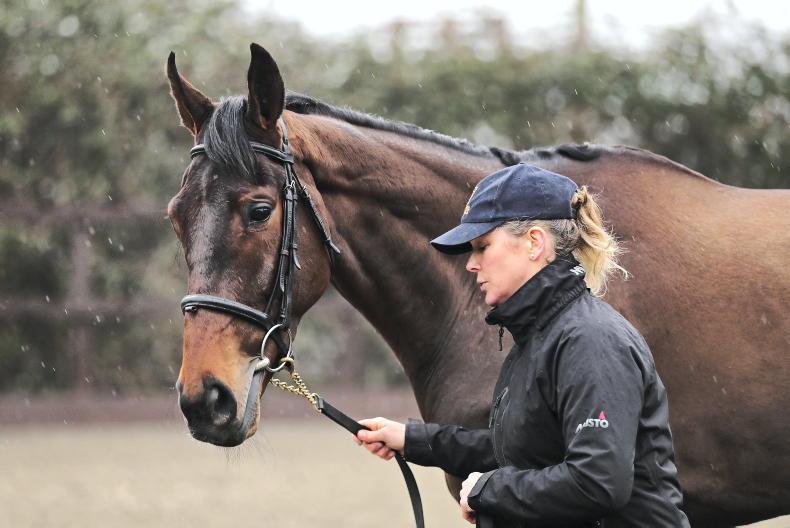 Out of a ½-sister to Don Cossack, @SuirviewStables' 4YO daughter of Pour Moi ran out a fine winner on debut at Ballycahane. pic.twitter.com/RkwkR4aqod

A four-year-old filly by Pour Moi and from the family of Don Cossack, Kudasheva was trained by Pat Doyle to win her point-to-point at Ballycahane in Co Limerick on March 6th.

Hugely impressive 4yo debut win having made all it's worth taking into account that it took her rider a long time to pull her up once he had asked for maximum effort such was the acceleration she showed.#CheltenhamFestival Sale
View Lotshttps://t.co/REBII29dxa pic.twitter.com/bt0VmPTmKn

She will now join this week's Cheltenham winners Honeysuckle and Bob Olinger - both point-to-point winners themselves - at de Bromhead's Co Waterford yard.

Doyle, who trains pointers as well as runners under Rules, said: “I have never sold a mare for as much as that! She has a great pedigree, and she has done things so well. She won the same race for me as Shattered Love [Grade 1 winner], and I’d put her in the same category. She was bred and owned by David Connors, she is very good.”

Henry de Bromhead commented: "She is a gorgeous filly, she won really impressively. Pat Doyle highly recommended her and we are delighted to get her. She is for a client in the yard.”

Gordon Elliott signed for the second and third-highest priced lots at Thursday's sale, spending a total of £660,000 on the pair.

On behalf of Noel and Valerie Moran, he gave £350,000 for Better Days Ahead, a four-year-old gelding by Milan who won a Lisronagh, Co Tipperary, point-to-point for Warren Ewing, the former handler of Constitution Hill.

Ewing said: “I am very happy with that. He is a smashing horse, and he has gone to a very good trainer and good owners. It will be nice to see him run in their colours. He is a beautiful horse, very balanced, he has a good head on him, and he is very straightforward horse. We were confident when he ran.”

Gordon Elliott said: “He is a nice horse, he won his point-to-point well. He is from a great consignor, let’s hope he is lucky.”

Elliott had to go to £310,000 to get Stellar Story, a five-year-old gelding by Shantou who is a full-brother to Elliott's Grade 1 winner The Storyteller. Donnchadh Doyle trained Stellar Story to win his point-to-point at Castlelands in Lismore, Co Waterford.

“We were very lucky with the brother,” said Elliott. “This is a proper big chaser in the making, not sure who he is for yet.”

Tom Ellis and Gina Andrew’s G & T Racing sold Kap D’Attente, a filly by Kapgarde, to Peter Molony’s Rathmore Stud for £160,000, it is a new record price for a British-trained point-to-point filly.

FULL SALE REPORT & RESULTS IN THE IRISH FIELD THIS WEEKEND