Just one final step...
You must confirm your email address by clicking on the link we’ve sent to your email address.
You are only one short step away from reading 5 free Field+ articles.
VIDEO: Delight for Ger Lyons as super Siskin stamps class on Marble Hill

VIDEO: Delight for Ger Lyons as super Siskin stamps class on Marble Hill
By Irish Field Contributor on 24 May 2019
The juvenile is likely to have the Railway Stakes and Phoenix Stakes on his agenda

SISKIN put up a smart display as he followed up his debut success at Naas two weeks ago by taking listed honours in the Irish Stallion Farms EBF Marble Hill Stakes at the Curragh.

The Ger Lyons-trained colt, owned by Khalid Abdullah, forged clear in the final half-furlong to comfortably land the spoils, after all five runners were in with a chance at the business end.

King Neptune, one of three from the Aidan O’Brien stable, set the pace with Harpocrates and Siskin close up in a tightly-packed field.

The quintet were spread right across the track a quarter of a mile from home with Siskin the nearest to the stands side.

When asked for an effort by Colin Keane, the 11/8 favourite found plenty to win going away by two and a half lengths from King Neptune.

Lyons said: “He’s very straightforward and has been from day one. I’d love to tell you how difficult it is to train him and how brilliant I am, but it’s push button stuff when you have horses like this. He has a fantastic temperament.

“As I’ve been saying for years, training horses is not rocket science – it’s about getting the horses and if you don’t have the horses you can’t train the winners.

“Colin said you can drop him back, you can step him up, you can do what you like on him.”

The First Defence colt was given an 8/1 quote for the Coventry Stakes at Royal Ascot by RaceBets, but Lyons has his sights set on targets closer to home.

He said: “Our initial plan is to stay here for the Railway Stakes, but I’ll have to talk it over with the owners. The important thing with him is to try to aim at a Group 1 and not leave it in Ascot.

“My plan would be to stay at home and hopefully have a Phoenix horse.” 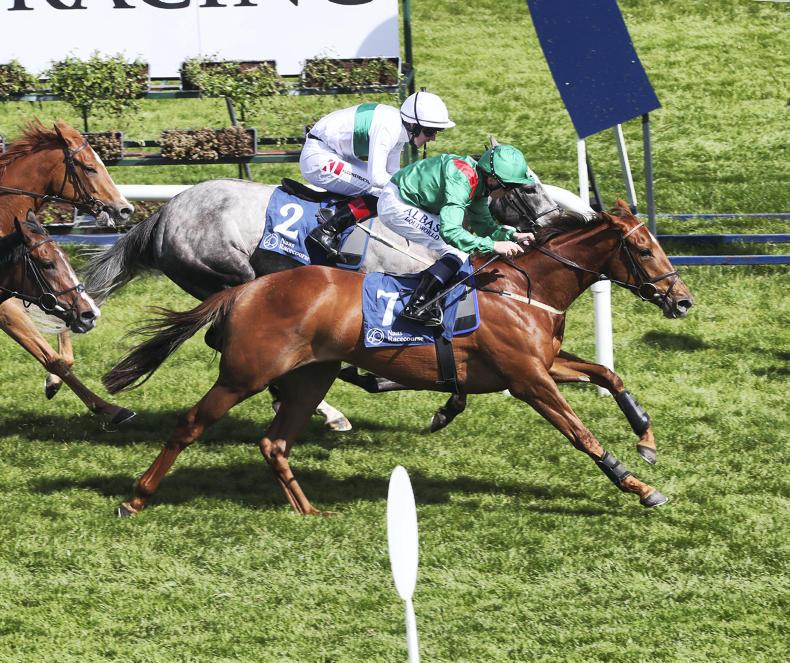