Just one final step...
You must confirm your email address by clicking on the link we’ve sent to your email address.
You are only one short step away from reading 5 free Field+ articles.
UAE: Watson’s treble includes the Meydan feature

UAE: Watson’s treble includes the Meydan feature
By Leo Powell on 18 December 2020
Leo Powell has all the reports on the recent meetings in the UAE

THE Listed Dubai Creek Mile was a thriller at Meydan on Thursday, the winner Thegreatcollection being one of four runners to get their head in front inside the final furlong.

Pat Cosgrave and Thegreatcollection, considered unlucky when fifth 12 months ago, was creeping closer before throwing down the final, telling challenge, wrestling the initiative from last year’s winner Secret Ambition in the final yards.

Owned by Zaur Sekrekov, the six-year-old American-bred son of Saint Anddan was completing a double for Cosgrave (who won the opening Group 2 race for purebred Arabians) and a treble for trainer Doug Watson.

This was the gelding’s seventh career win, his fifth in the UAE and his biggest success to date. Watson said: “He is one of our slowest work horses at home and you just have to let him do his own thing. Pat has ridden exactly as you have to by letting him settle into his own rhythm, and then he enjoys running past tiring horses late on.”

Richard Mullen found a gutsy partner in the shape of Sanad Libya who just kept battling to score in the nine and a half furlong conditions race for three-year-olds. A son of Tapiture, the winner was headed two furlongs out by his stable companion Commanding.

Godolphin’s Real World challenged between the two Satish Seemar runners, but Sanad Libya was not to be denied a second career victory on his fifth start. Owned by H and B, he was third to Commanding on his sole start for Doug Watson as a juvenile last December.

Winning rider Richard Mullen joked: “I have a 100% record on this horse because I won on him at Jebel Ali the only other time I rode him in a race! He has shown a great attitude this evening and really responded every time I asked him, so we have to be very pleased.”

Seemar added: “We have always liked the horse and were keen to try him over this kind of trip because we thought it would suit him. We hope we can raise him in class in the future.”

Eight juvenile fillies contested the opening seven-furlong maiden which was run at a furious early gallop. It was won in some style by the debutante Mnasek who at one stage was virtually last, having missed the break under Dane O’Neill. A two-year-old daughter of Empire Maker, she suddenly loomed large leaving the home turn, shooting to the front with less than two furlongs to go.

Saddled by Watson for Al Rashid Stables LLC, Mnasek could prove a bargain at $15,000, the price she realised at Fasig-Tipton in June this year. O’Neill said: “She is a very straightforward, willing filly, but I must admit I thought I was in trouble after that start. It was a very good debut.”

Next up it was the turn of eight juvenile colts for a mile maiden. With a furlong to go the Irish-bred Grand Dubai threw down the decisive challenge and was always holding the upper hand. It was a case of third time lucky for the Dawn Approach colt, bred by Belmont Stud, who was third on both his previous starts. He has always been ridden by Sandro Paiva for trainer and owner Ali Rashid Al Rayhi. The colt was sold as a newly turned yearling at Goffs for €3,500 and at Tattersalls Ireland later that year for €9,000.

The 11-furlong handicap saw Watson back in the winner’s enclosure following a determined effort from Meqdam under Sam Hitchcott. The four-year-old gelded son of Dubawi denied Sada’A in the final yards of the race.

Meqdam was winning for the second time and owner Musaab Mamoun Suleman El Maki said: “I was very confident he would win today, especially after talking to Doug Watson I am delighted and so very proud of my horse.”

The concluding seven-furlong handicap was won stylishly by Madkhal, who was always travelling well under Adrie de Vries. Continuing a fine run for connections, the four-year-old Distorted Humor gelding is owned and trained by Fawzi Nass. The was the gelding’s first win since he landed a six-furlong juvenile novice race on the all-weather at Wolverhampton for Godolphin in September 2018.

Nass said: “We bought him with dirt racing in mind and that was only his fourth run for us, second this season, so to get a win is very pleasing. Hopefully there is more to come.”

ADRIE de Vries was one of two jockeys to record doubles at Abu Dhabi, and the second leg came in the only race for thoroughbreds on the card. This was on the French-bred Harbour Spirit for trainer Jaber Ramadhan.

Sporting the predominantly orange silks of Ahmed Al Qattan, de Vries had to work hard on the four-year-old son of Charm Spirit who was a dual winner when trained in Britain by Richard Hughes. This was a first UAE success for the gelding at the fifth attempt.

“He was trying a new trip, but the trainer thought it would suit him and he was right,” de Vries said. “He had to work hard to get to the front and then found plenty to hold on, so it was a very pleasing return to action from him.”

Sold three times at Arqana, as a foal, a yearling and a two-year-old, Harbour Spirit was purchased by his trainer for 35,000gns at the 2010 Tattersalls Autumn Sale.

THE concluding race on the card at Sharjah, and the sole thoroughbred race, was a six-furlong handicap which attracted a field of 11.

Very few ever looked likely to land a blow, especially after Manhunter swept to the front at the halfway point. Once in front the five-year-old son of Elusive Quality galloped on resolutely under Ryan Curatolo.

The gelding not only opened his own account at the ninth attempt, but also that of his trainer Mujeeb Rahman who is in his third season with a licence. It was a third success for owner Marwan Abdul Rahman Mohd Sharif Al Baidhaei who had endured a couple of blank campaigns after a pair of winners three seasons ago.

Curatolo said: “I was third in a decent seven-furlong maiden on this horse a fortnight ago, and was pretty confident this less taxing six on a flat track would suit. It did and I was always pretty happy throughout the race.” 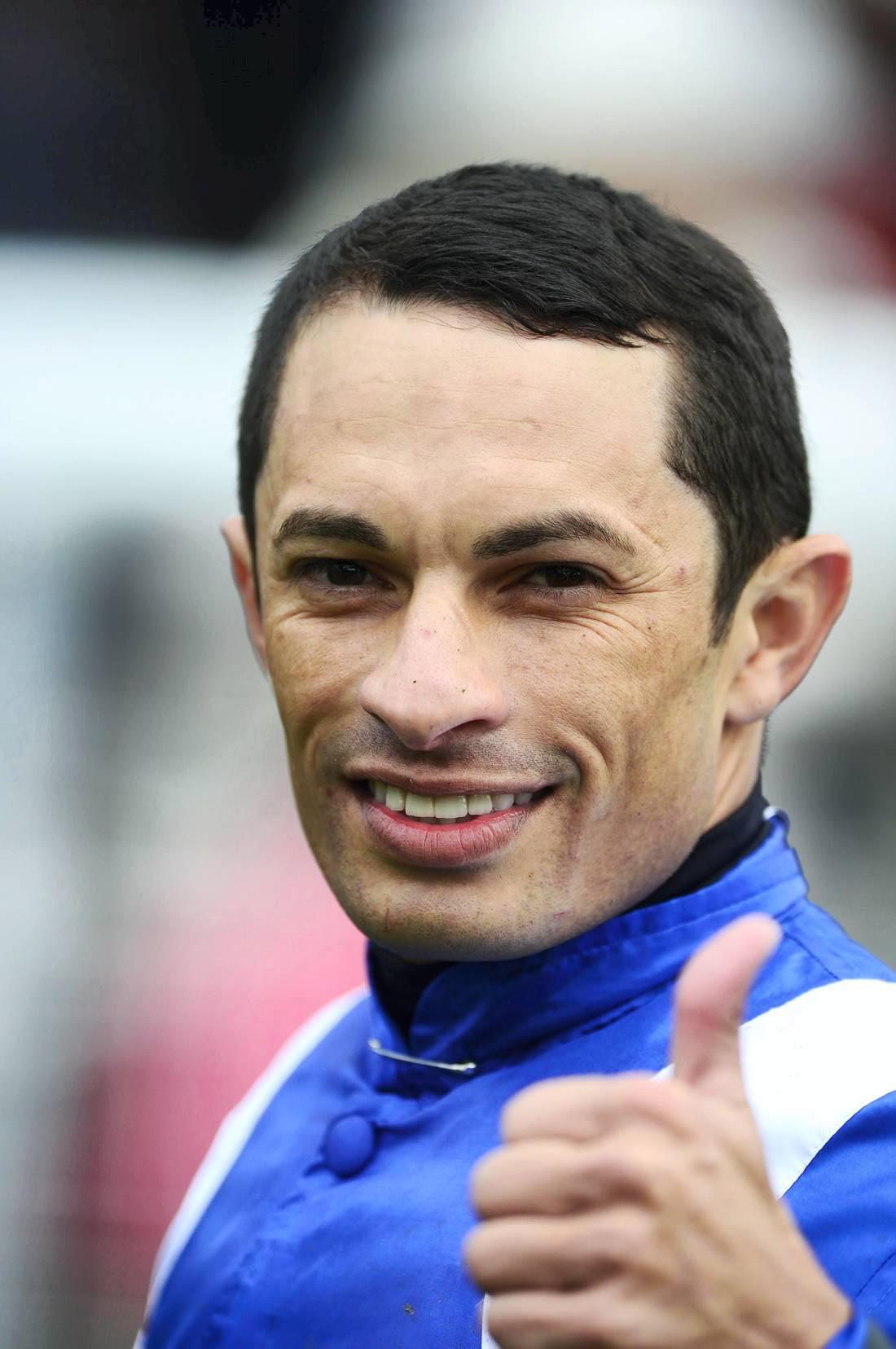 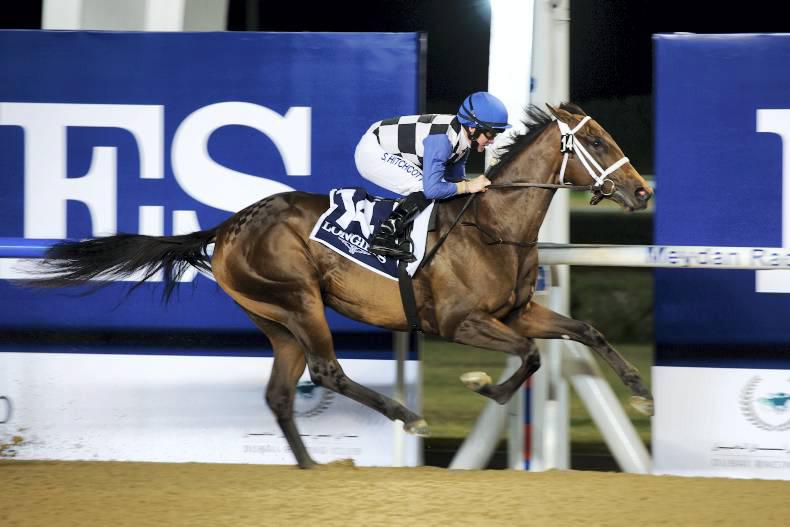 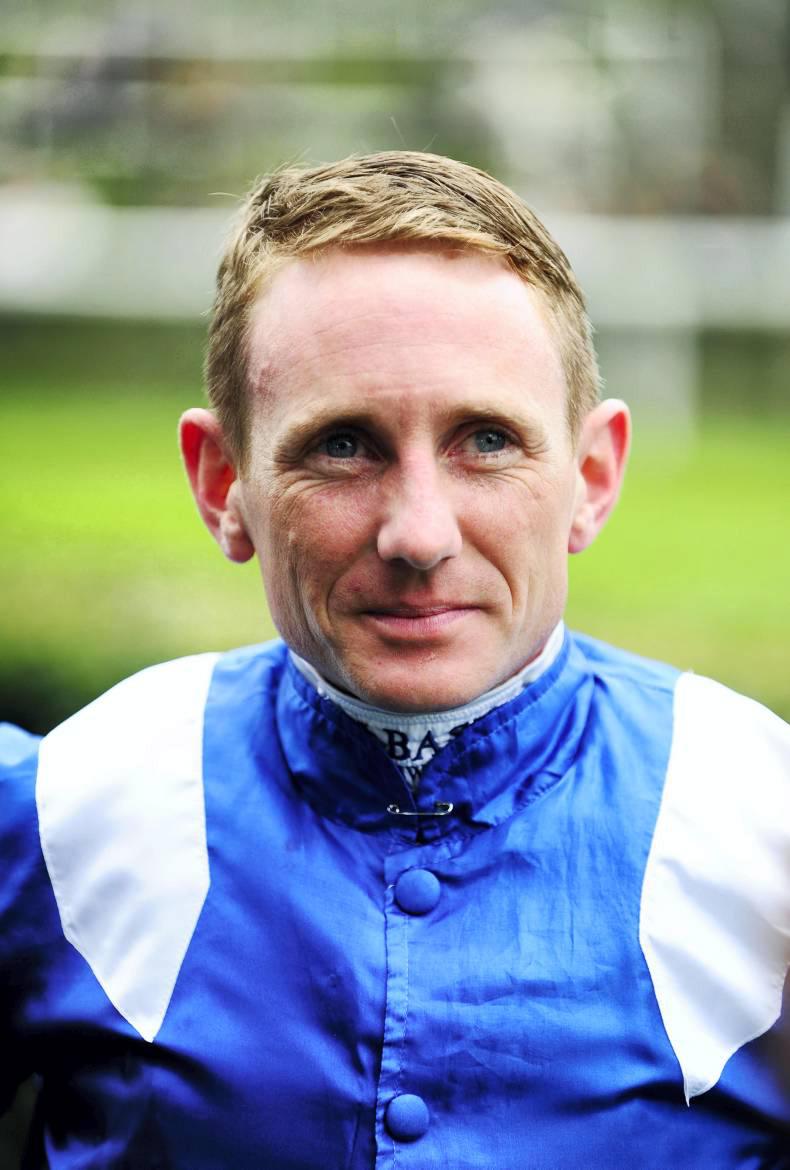