Gordon Elliott has care of Benz for Francis Donnelly, and the Rock Of Gibraltar gelding held off the running-on outsider, Game Beaaa (66/1), by half a length 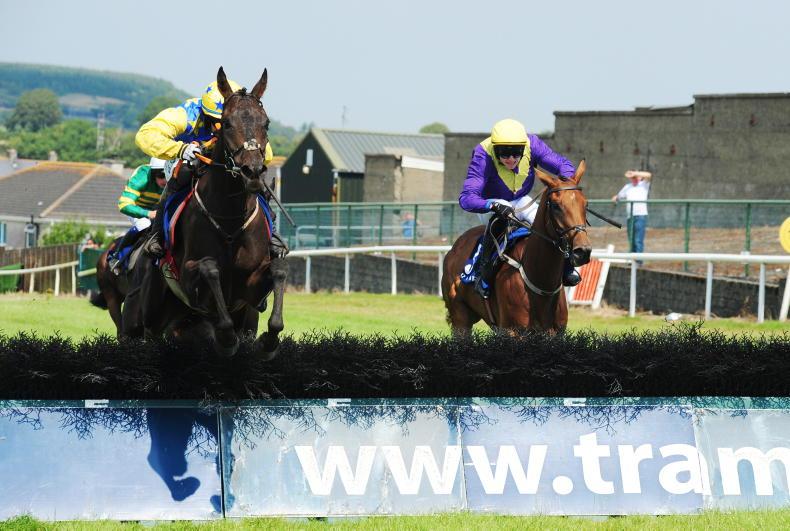 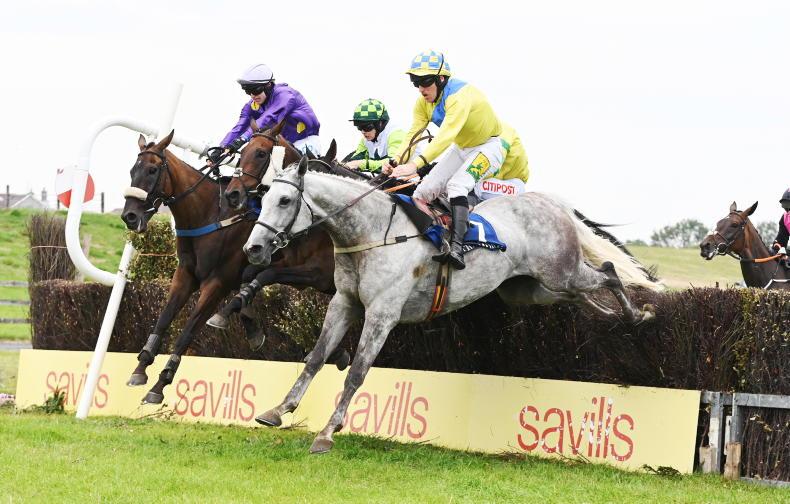 SOME great supporters of racing at Tramore in the past were remembered at the Graun Hill Festival over the four days. Indeed, at the concluding stage on Sunday, there were no less than three memorial races on the programme.

Tramore Amusement Park sponsored the inaugural running of the Frank King Memorial Maiden Hurdle. As was noted in the racecard, the opening event was run in memory of “a dear friend” of the Co Waterford venue for many years.

King, who passed away last September, was a huge supporter for the retention of horse racing at Tramore, and a well-known figure in the betting ring.

Jockey Jordan Gainford’s New Zealand-based sister Andrea was recently at Ballybrit to share in his Galway Plate success with Hewick. Some of the young Wexford man’s family were again on track to cheer him home in front aboard Benz (11/1 into 15/2), after an exciting conclusion to the aforementioned Frank King Memorial Maiden Hurdle.

Gordon Elliott has care of Benz for Francis Donnelly, and the Rock Of Gibraltar gelding held off the running-on outsider, Game Beaaa (66/1), by half a length.

The favourite could manage no better than seventh place though, as another Co Waterford-trained horse took the limelight, Pat Flynn’s Bite That (6/1), coming good at the 13th time of asking.

Flynn’s wife Catherine owns the well-bred six-year-old with Gavin O’Mahoney, and connections were rewarded for their patience with the €52,000 three-year-old.

It wasn’t a great surprise that Flynn would have shelled out such a sum for his charge, given that he’s a half-brother to 2017 King George hero, Might Bite. He won four Grade 1s all told, and Bite That’s Milan own-brother, Beat That, triumphed twice at the top level.

In the words of the Ballingara Stables operator, the Gary Noonan-ridden scorer “never saw the second last,” but after that untidy jumping effort and peck on landing, he pulled out enough to see off Jazz Ranger by a length and a half.

Closing in fast on an 800th career win, Flynn added: “Gavin part owns him and we met out in the Canaries, we drink in the same bar out there. He has another horse with me as well.”

THE Tramore executive acknowledged the generous support of the Pollmeier family, sponsors of the Heinz Pollmeier Memorial Handicap Chase. Danny Mullins, whose pre-racing parade ring previews earned much praise through the festival, rode a fifth winner at the August seaside highlight, aboard Golden Sandbanks (9/4 favourite) in this near two-miler.

Following up on a Limerick hurdling win from last month, Golden Sandbanks was able to compete off the same revised mark from that July evening, under the new rules, to land this prize on chase debut. He did it nicely too, for trainer Paul Flynn, and owners, the Ryans, accounting for Clody Valley by four lengths.

Flynn said afterwards: “Paddy (Ryan) has lots of horses with Iain Jardine and this horse might end up over there. We tried to sell him after his last run but we had no takers. Hopefully now someone will buy him when they can see he jumps a fence.

“He really wants good ground and the way they water tracks in Ireland now is a disaster for him. The only thing that kept here ‘good’ was the weather. They put a lot of water on and wouldn’t have cared had it went yielding, that’s the way it is now. He is a good-ground horse and some tracks just overdo it with the watering.”

“I bought him over in Galway after seeing a little small ad in The Irish Field. I saw him on a Saturday with no vet and bought him. I went back and collected him the next day and brought him home,” reflected Nicholson in the aftermath. “I do miss training on days like this.”

Nicholson and Queally’s The Banger Doyle took the bronze medal behind Cruisin Susan (11/2 from 15/2 on track, and bigger earlier) as Anna and John Berry’s mare short-headed Walk On The Moone, under their son John, in the Comeragh Veterinary Kilmacthomas Maiden Hurdle.

Fourth here a couple of days previously, Cruisin Susan was providing her amateur jockey with a second winner on the track. Cruisin Susan’s superior leap two out ultimately proved important.

She delivered on stable debut, much to the delight of the out-in-force Caman Racing Club, and agents and hurling luminaries, Mark Landers and T.J. Ryan, who led her to the number one spot where Patrick Mullins performed a flying dismount.

The Presenting filly was sourced from Paul Byrne and Emmet Mullins and she had a length and three-quarters to spare here over One For Lucy.

For the husband and wife team of Yvonne Hennessy and Jimmy Barcoe, Influential Lady (10/1 into 15/2) came to the fore in the Victoria House Tramore Mares Beginners Chase.

A nice patient approach from winning rider Cathal Landers paid dividends, as the now four-time victor defeated favourite Hollymount by nine and a half lengths.