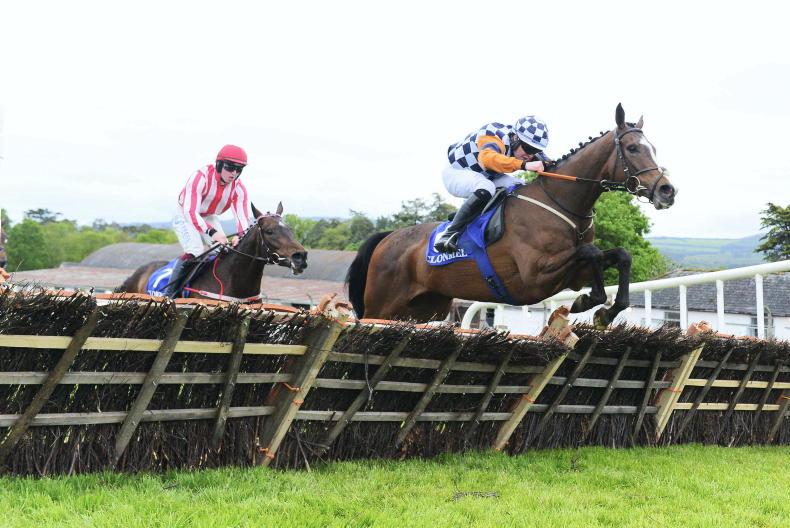 A speculative vote goes to Tudor Manor. He lines up off a couple of unplaced efforts but they came in maidens on the flat and a much better guide to his chances is his second to Clifton Warrior in a two-mile maiden hurdle on good ground at Thurles in November. His three runs over hurdles would suggest he can win a race like this and he mightn’t have as much to find as official ratings suggest as they put him 7lbs behind Freddie Robdal.

The latter looks the one to beat having finished third to Alvaro in a course-and-distance maiden hurdle in April, while his fourth to Au Fleuron in a Navan maiden in December is another solid effort.

Stilyker is put forward to make a winning start for Willie Mullins. This gelding is a very rare runner at this level for the champion trainer but he has done well with similar types in the past. A 317-day absence isn’t a concern coming from the Mullins yard, while the selection has shown enough in the past to suggest he could win a race as evidenced by a third in a Kilbeggan maiden hurdle 14 months ago and a fourth in Navan handicap hurdle last summer.

He can deal with Breagagh who has been running respectably on the flat lately. His third in a Down Royal maiden hurdle in March bodes well for his prospects at this level.

A tricky affair which is restricted to horses who have never been placed. A hopeful vote goes to Sarsfield who hasn’t been disgraced on his three runs so far. His latest fifth to Frontline Worker in a two-mile maiden hurdle at Punchestown looks one of the stronger recent efforts on offer and would suggest he could go close to winning a race such as this.

Breffni Brave was having his first run for 10 months when seventh in a similar race to this at Kilbeggan last month. He should now do better and this longer trip will help.

Steppenwolf is the one to beat. He made a seamless transition to handicap company at Clonmel last month when registering a clear-cut success in a two-mile–three-furlong handicap hurdle for which he picked up a 9lbs rise in the ratings. That is unlikely to halt his progress and he can see off Kells Priory.

The latter ran well over a similar trip to this at this track in April when chasing home Prince Zaltar and his third to the improving Metersandmasks at Cork last month is another decent effort in the context of this race.

This could fall to Mighty Meggsie. She was a capable dual winner over hurdles and started off over fences by running a 19-length second to Upping The Anti at Kilbeggan last month. She shaped better than the bare result at Kilbeggan as she made much of the running before fading on the run to the last fence and this shorter trip should work in her favour.

Raven Rule is interesting as she was a 123-rated hurdler and will find this a good deal easier than the Wexford novice she contested last month where she was beaten just over 26 lengths by Ganapathi. That was her first outing over fences and represented her first start since September, so she should improve off that effort.

Bolbec has to carry top weight and he hasn’t run since November but there are grounds for believing that he could be equal to the task. He was beaten just a short head in a Listowel handicap chase in September and lost out by less than a length in a Wexford handicap won by Cushinstown Finest the following month and those efforts point to his capacity to win a race such as this.

Shes Some Doll comes here off a respectable third to Stealthy Tom at Killarney while she also ran quite well when filling the same position behind Song Of Earth at Fairyhouse in April. She should be closely involved.

Next best: Shes Some Doll

The well-bred Quel Reve makes obvious appeal on her debut. As well as representing the champion trainer and leading amateur rider Jody Townend, this daughter of Great Pretender is out of a half-sister to Let’s Dance who was a high-class mare for the stable several seasons ago.

She lacks previous experience but might still be able to deal with Visible Attraction who progressed well from her first run to chase home Miss Fourie in a Limerick bumper two months ago.