Title: TIME WILL TELL: Emily easily the one to beat at Epsom 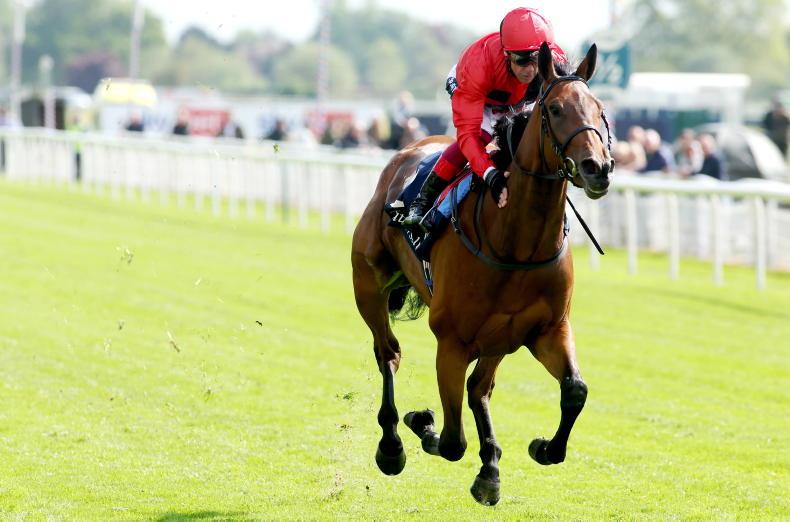 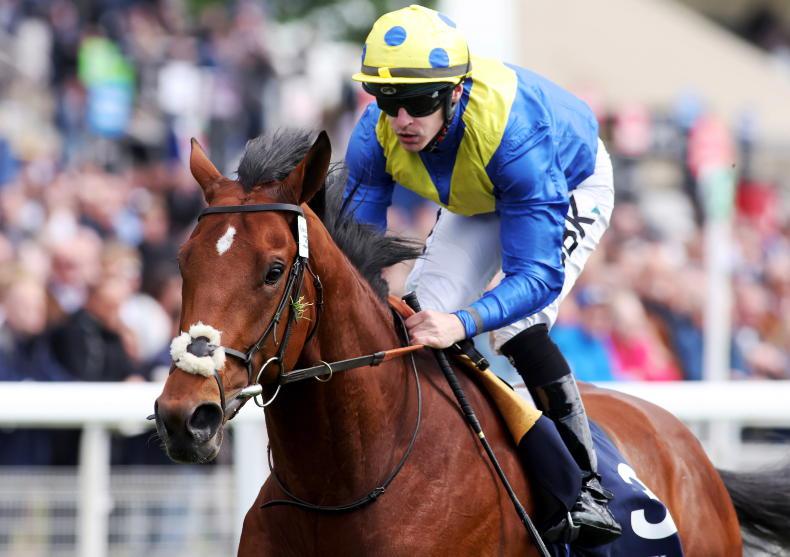 THE upwardly mobile Emily Upjohn (110+) cemented her position at the head of the market for the Oaks with a polished display in the Group 3 Musidora Stakes last week.

After being a shade keen early on, the daughter of Sea The Stars settled on the heels of front-running Luna Dorada before Frankie Dettori asked her to put her stamp on the race. In posting a closing sectional of 36.74secs, the partnership clocked the fastest overall time when adjusted for distance as well as stepping forward on the time figure recorded at Sandown.

John and Thady Gosden’s filly won with any amount in hand and, given she can rate higher again at Epsom, her current odds (5/4 best) reflect her chances of winning.

Withstanding one of the Ballydoyle filles taking a big stride forward in the Irish 10000 Guineas on Sunday, I would still be suggesting With The Moonlight as the biggest danger.

Gaassee (108+) clocked a faster closing sectional than the Group 3 winner in the opening handicap and looks on the upgrade. The win was a second consecutive win in the race for William Haggas following the victory of Ilaraab and he looks to have a colt set for a similar trajectory in the shape of this lightly raced four-year-old.

The star performance of the day on the clock was the victory of the redoubtable Highfield Princess (118) in the Group 2 Clipper Logistics Stakes.

On just her second start over six furlongs, John Quinn’s mare showed speed throughout and was still cruising along when her rivals were all under pressure.

The five-year-old was equally as impressive through the closing sectional as her 35.19secs for the concluding three furlongs which was 1.3secs faster than Dakota Gold (107) who won the 0-105 handicap earlier in the day.

The first three were well clear of their field and will all probably head to the Platinum Jubilee Stakes where I would expect Highfield Princess to confirm the form at a track which she has already relished in her career.

To validate the form further, a delve into Dakota Gold’s form figures on the Knavesmire reveals a record of 12111211 when racing over either five-and-a-half or six furlongs.

DESERT Crown (113+) added yet another layer of complexity to the Derby conundrum with a smooth success in the Dante Stakes last week, clocking a time figure marginally superior to Stone Age whom he dislodged as favourite.

A closer inspection of the closing sectionals suggests Sir Michael Stoute’s colt is likely to have outstayed his rivals rather than quickened away from them as he posted 35.61secs for the final three furlongs.

In comparison with the other races on the round track, the son of Nathaniel was just 0.3secs faster than Ahorsewithnoname (105+) and 1.95secs slower than Lilac Road (100+) who quickened sharply off a slow pace to win the Group 2 Middleton Stakes.

To support my theory of the Dante proving more an examination of stamina rather than speed, Richard Kingscote was happy to sit towards the rear of the field after breaking smartly. The early tactical pace shown by the Saeed Suhail-owned colt will serve him well at Epsom and ensure he secures a good early position.

My opinion of waiting for the day to decide who to support remains steadfast as the margins are fine, and the draw could tip the scales either way.

Earlier on the card, Cruyff Turn (114) clocked the fastest time of the day when adjusted for distance and took his winning record at York to two from two.

Tim Easterby’s gelding posted a closing sectional of 35.04secs in eventually wearing down front-runner Lion Tower (112) and holding off Brunch who was gallant in defeat. Lion Tower should be noted when returning to Musselburgh where the test over seven furlongs plays more to his run-style.

Brunch (114) was another course specialist to enhance his York record as he finished second in the race for the second consecutive year. A Knavesmire record of 11272, with the seventh place finish recorded when taking on Group 1 performer Real World, should ensure he makes the shortlist for any future handicaps at the track.

Lightening Company (108+) also caught the eye and is undoubtedly improving as he matched the time figure of his Redcar win and still looked to have running left having been held up slightly in his run.

The curtain came down on the Dante Festival on Friday with Stradivarius (116) claiming his third successive Yorkshire Cup and equalling his best time figure of last season in the process. A closing sectional of 35.92secs shows the eight-year-old also still retains his finishing speed as it was the fastest of the day away from the five-furlong races.

The other performance of note was Korker (109+) who was by far the best in the concluding five-furlong handicap, posting a closing sectional of 34.20secs despite challenging on the flank and drifting back towards the stands’ side rail.

Last Crusader (110+), Thursday, May 12th, York – appreciated the drop to five furlongs and was strong at the finish

Malrescia (94+), Friday, May 13th, Hamilton – backed up her debut second to the very smart Dramatised with a comprehensive victory

overcame greenness to win on debut in a good time 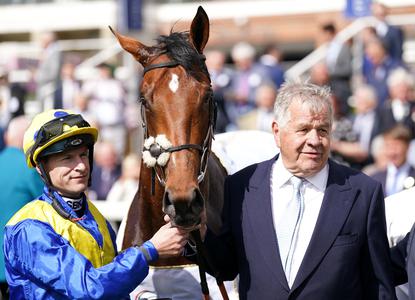 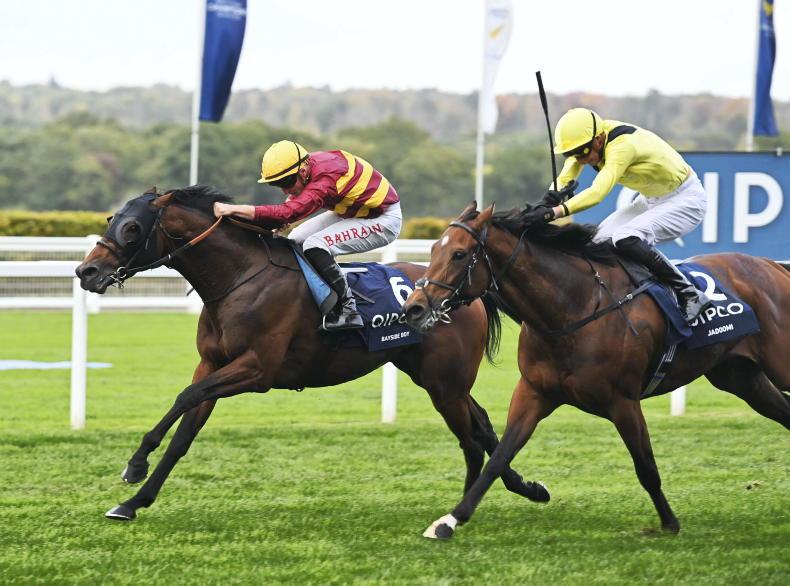 Rory Delargy
BRITAIN: Bayside shocks for Marquand
The son of New Bay made relentless progress to reel in the leaders, while Emily Upjohn was a decisive winner of the British Champions Fillies & Mares Stakes 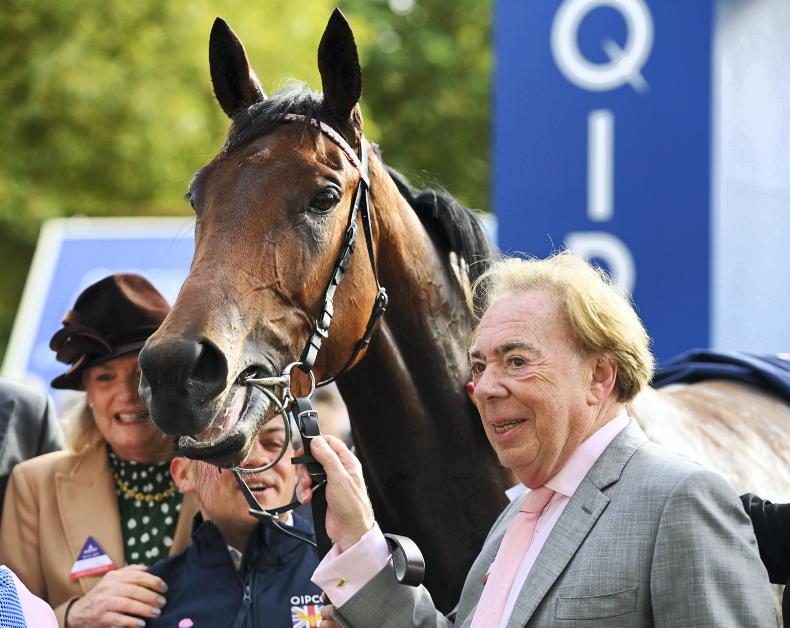