Title: THE WEEK THAT WAS: Digging dirt on Justify 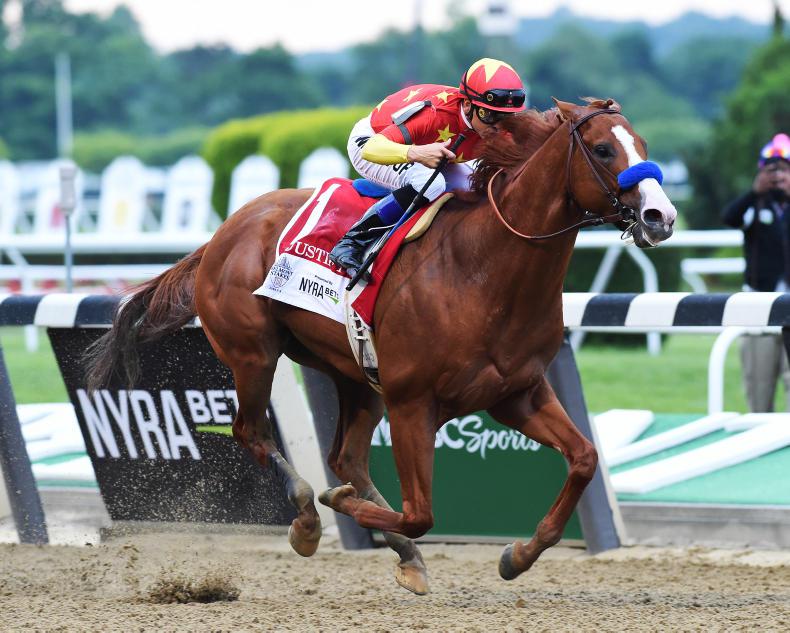 Justify wins the Belmont Stakes to complete the Triple Crown - buyt he had faild a drug test earlier in the year \ Photo: Zoe Metz/Coglianese Photos

THE bombshell in US racing this week was not that Mandy Pope intended to buy Beholder and Mendelssohn’s half-sister for $4 million but went to $8.2 million, but the New York Times (NYT) revelation in an article by Joe Drape that 2018 Triple Crown winner Justify had failed a drugs test after the Santa Anita Derby and that an investigation by the CHRB had been hushed up and no action taken.

Justify went on to win the Triple Crown and has become one of the most valuable stallions in the world as a staying son of the ill-fated Scat Daddy, desired by Coolmore among others who reportedly paid $60 million for breeding rights. His first book of mares was phenomenal. Mares like Found, Groupie Doll, Global Glamour, Havre De Grace, Imagine, Misty For Me, Rumplesiltskin, Tapestry and Virginia Waters, to name but a few.