Title: THE WEEK THAT WAS: And he drove the fastest horse box... 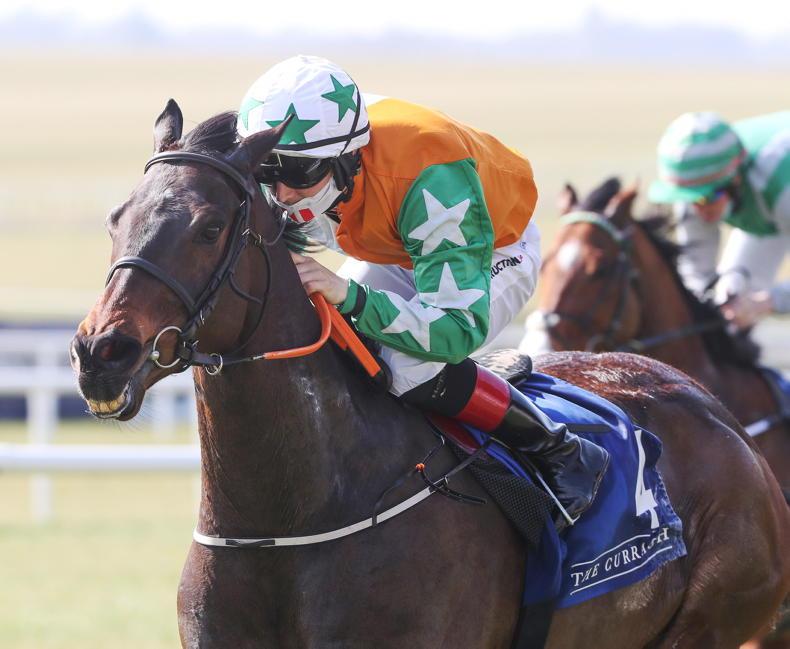 THAT old word from last year that tainted much of the racing discussions in the wider world surfaced again this week. Perception.

As the summer meetings come to an end and you head home at leisure, a thought is spared for the stable staff packing up and spending most of these last summer evenings on the long road home.

Attending Bellewstown this week and watching after the last, Sam Curling’s crew had to head back to Tipperary after winning Bellewstown’s bumper.

Looking through the week, there were many long hours on the road to gain those winners - Knockeen, Waterford is a fair old spin from Roscommon.

Throwing a little flippancy into the mix, you might have hoped they might get some tips from Ado McGuinness’ staff and their efficiency at getting loaded in the minimum time!

The trainer was fined €750 at an IHRB Referrals hearing this week for failing to have Laugh A Minute available for a post-race sample after the Paddy Power Rockingham Handicap at the Curragh on June 26th – “failing to comply with a reasonable request or instruction from a racing official” was the offence.

Reading the detail, it was an impressive performance of stable husbandry after the horse had run in the Rockingham (off time 3:13.12) where the winner passed the post at 3m 14.31secs, to unsaddle, back to the stable yard and be boxed up and exit the stableyard for 3.31pm. That sectional came in at 17 minutes and in a pouring-rain afternoon. That is a demonstration of efficiency, (though the trainer subsequently says the horsebox did not leave the car park for another 40 minutes.)

McGuinness had provided an explanation for a venepuncture with traces of blood on the horse noticed by Lynn Hillyer, IHRB Head of Anti-Doping and Chief Veterinary Officer, at an early stage on the day but missed the requested follow-up sample-taking.

Like most things, the perception matters. Not that we take all social media comments to heart, but we are told this on too many occasions and especially in the wake of all the scrutiny Irish racing received last year, despite no evidence of any malpractice this time.

It’s just difficult to accept that having been in discussions with senor IRHB officials and knowing that the horse was to be tested, that this wasn’t passed on to stable staff.

It can be as brief as a six words in a message – Laugh A Minute to be tested. The trainer had no need to return to the yard in these days of instant communication.

It only takes ‘minimal’ communication to call, send a WhatsApp or text or message that a horse needs to be available.

Any random reader might think a call by the Head of Anti-Doping was of sufficient seriousness for a trainer to ensure the horse was taken for sampling. It’s again just not a good look, after the engagement with IHRB officials, to pass it off as ‘I forgot to check that the requirements would be met’.

There was an explanation in this case but some may see it as close to ‘the dog ate my homework’ excuse for negligence or, in this case, ‘I left it the horse box and the lad drove away with it!’