Title: THE WEEK THAT WAS: Accusations of a 'drugs culture' in Irish racing continue 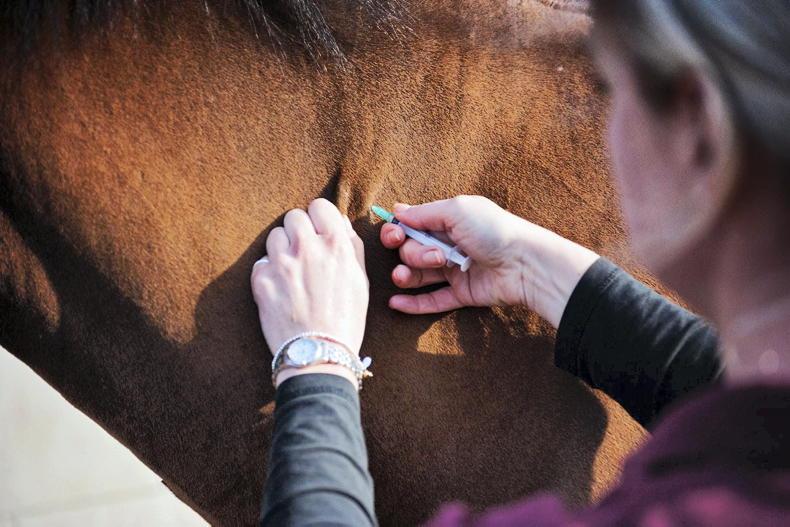 YOU have been forgiven for thinking that racing was trying its best to eat itself, limb by limb, last week.

It’s lucky that the rest of the world, in case we forget, rarely cares what goes on in the sport. Even the sports headlines are only taken up by racing for a few weeks of the year.

The Bryony Frost investigation remains unresolved. Rachael Blackmore reprimanded for her initiative in keeping Gin On Lime upright and going on to win – the BHA dangerously putting possible social media comments before logic?

Bad falls in novice chases, including the death of the talented Sixshooter, made for unpleasant viewing.

A big deal was made in one article over hounds parading at Cheltenham being banned from British television.

But by far the worst headlines came in the continued revelations in two Sunday publications on the ongoing suspicions of drug use in Irish racing, this time of suspicious movements and investigations on a premises, used by racehorses and trainers for non-veterinary ‘treatments’.

There are many grey areas in regard to ‘unlicensed remedies’, non-veterinary ‘treatments’, and even failed tests due to permitted substances being withdrawn too late.

But we have a leading trainer in Jim Bolger expressing his concern, investigative journalists with records of unearthing corruption getting dug in, and a huge degree of subsequent debate and innuendo.

Many questions will remain unanswered until more information is made public by the Dept of Agriculture.

How has John Warwick been operating, seemingly legitimately, in Ireland for many decades? If fingers are being pointed, and there is anything untoward over a time, are all the testing systems useless?

The rumours given airtime included that a British trainer earlier this year paid €10,000 to have tests carried out on horses imported from Ireland that then showed the presence of banned steroids.

Then we had last week’s detailed record in the Sunday Independent of horses being brought for treatment to the Monasterevin yard where Warwick was based.

These arrivals were being watched by a private detective hired, we were told, by a group of British trainers. A shipments of ‘product’ from the US is being investigated. A total of 56 horse boxes arriving into the yard from mid-July to the end of August is a large number – given Warwick was only in attendance of one or two days a week.

It’s very grave matter and not one for humour, but you couldn’t help but think, given that the two countries are so tightly knit in equestrian matters, with both staff and horses changing jurisdictions, if one country was gaining an unfair advantage by using an untraceable performance booster, why would those in the other country, when they became aware, not also use it to close the gap! And if nothing showed up in tests, now being performed in the same British laboratory, on Irish horses - whether they win at home or abroad - does that suggest of a wider level of conspiracy?

There is a note of concern when trainers who appear to have used John Warwick deny all knowledge when confronted with evidence of their vehicles being on the premises. As discussed on the Betfair Podcast on Monday – when people are lying, it can only raise more suspicion.

You can possibly react with a lie to cover up being implicated accidently in something you might think suspicious, just in case. Or lie because you know there’s something wrong in being caught in a particular place.

It also has to be a major concern if trainers are doing their own investigation and giving that information to investigative journalists while the authorites are bypassed.

So much is known publicly and more speculated privately but very little can be made public until there is proven evidence. And proof must come from the regulatory bodies.