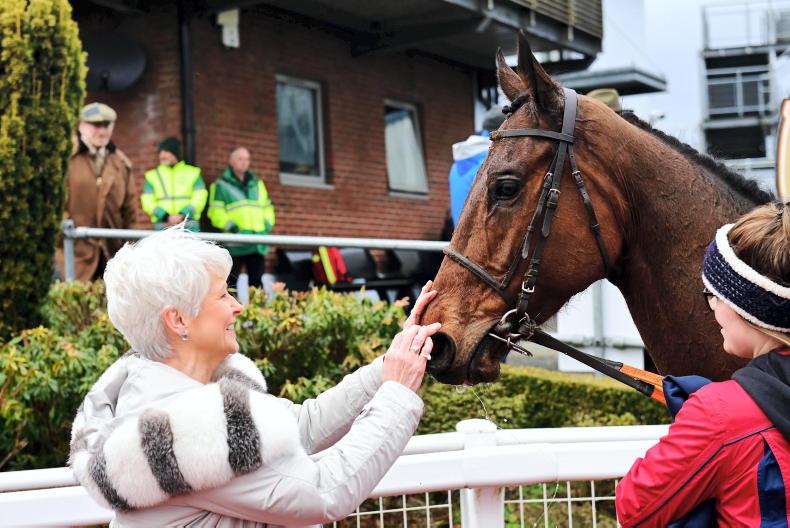 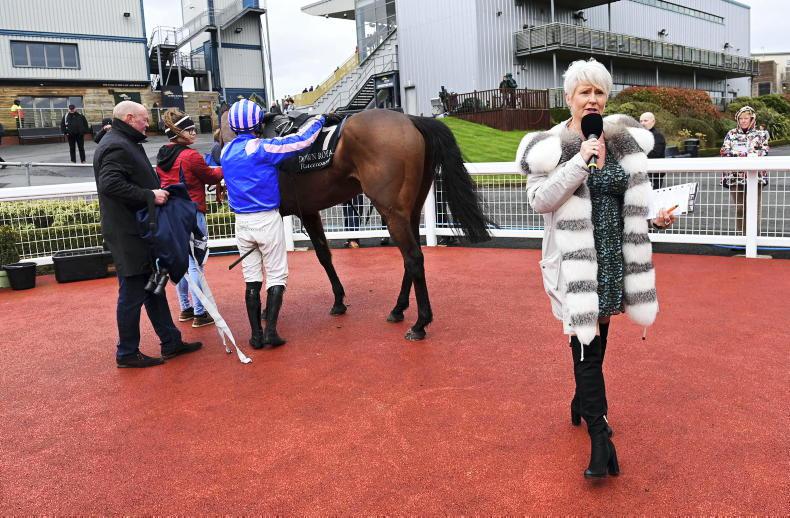 My grandad, Joe Shaw, who I never knew as he was 62 when Mum was born in 1932, was a trainer of horses, bred and trained greyhounds and was a bookie. I have his badges including one from Sandown Park in 1892.

Something must have rubbed off on Mum as we used to watch the racing on Grandstand on TV every Saturday with Mum, my brother and sister. We each picked a horse, no favourites were allowed, we each put on sixpence (I am that old) and whichever horse came closest to the front got the money. That started my love of racing.

Just over 20 years ago with a few friends, the Dunlops, Peaches Kemp and Jim Nicholson, we formed the More Wine Syndicate. The Dunlops had horses in training with Arthur Moore and Arthur had just sourced a mare, Fleur De Chenet, who we bought. She was placed a few times but unfortunately she got injured so wasn’t going to race again. We put her in foal and the Dunlops then bred from her. That was the end of the More Wine Syndicate.

Then about 10 years ago I was in a pub and was chatting to trainer Colin McBratney, who I knew anyway, and told him I might be interested in getting involved in another syndicate.

Funnily enough he rang me a few days later and said he had a horse I might be interested in. That same week I was left a bit of an inheritance from a relation so I invested in Wot A Shot. He had speed and could jump but no stamina; if we could have found a one-mile, four-furlong chase he would have been hard to beat. Nicky Richards bought him and he went on to win at one mile, seven in England.

Colin then kept coming up with other horses and syndicates so over the last 10 years, I’ve had interests in Caerleon Kate, Shipwreck and Balgowlah who all won at Downpatrick at long odds and also an older pointer, Abbey Lane.

Then in September 2020 I was at Colin’s paying a bill. He had just returned from the Land Rover Sale and as we walked through the yard he was telling me about what he had bought. One was an unnamed three-year-old to bring on and point-to-point, with the hope of selling on. I liked the look of him so when I got home I rang Colin and we did a deal. I paid for the horse and he looks after the training costs, etc. His stable name was Bill so I named him Billable Grant.

With the points being cancelled, that put paid to bringing him on and selling him on. He eventually ran in a point behind closed doors at Fairyhouse.

Then last November he pointed at Tattersalls and then to the track with a bumper and a couple of hurdle races. He improved each time and Colin had hopes for his future but I can assure you his win at Down Royal on St Patrick’s Day was a very welcome surprise

Your best day at the races?

I have been lucky enough to be in the parade ring with connections at Cheltenham and with the Randox sponsors at Aintree but the best day has to be Billable Grant winning this year. He is my first winner in my name, it was unexpected at 66/1 and he is such a lovely gentleman of a horse, I was just thrilled.

I was at Downpatrick for both Caerleon Kate’s and Shipwreck’s wins which were so exciting. Also being able to host my TV show, UTV Life, from behind the scenes the day before and on the first day of the Grand National meeting at Aintree five years ago was so special.

Another great day was having 20/1 each way on Dunbrody Millar at Aintree when he won the Topham over the Grand National fences and I took about £1,500 from the Tote. I love going racing and in the space of three weeks 25 years ago, I was lucky enough to be racing at Downpatrick, Sha Tin in Hong Kong and then Cheltenham.

The biggest drawback for an owner?

The injuries to the horses are so distressing. You just hope each time they go out either to work or race they come home safely. The costs as well. Bill has been balloted out a couple of times but you still have to pay the entry fee.

I am of course biased as I work at both Downpatrick and Down Royal, but the feed-back we get at the racecourses from owners is fantastic.

Flat or jumps which do you prefer?

Jumps. National Hunt is more exciting and throws up so many surprises, e.g., Billable Grant winning at 66/1.

A couple of years ago I got involved in a flat syndicate in England run by Sam Sangster and Brian Meehan which educated me much more in the flat. One of the horses, Sound Of Cannons, was sold to OTI in Australia but we kept 25% of him so I still follow the hair in the nostril of him that I own.

For me it’s been more of a case the trainer found me. But communication is so important. Being able to nip down to Raffrey to see them is an advantage.

What improvements would you like to see racecourses do for owners?

From the courses I have visited I really think they are doing a much better job at looking after owners, whether they have a winner or not.

I would like to thank Dr Jennifer Pugh and her team for the tremendous work they did during the pandemic. I know there was some criticism from what I think was a minority of owners that they couldn’t go racing but under the circumstances the work they did to get us all back racing safely was brilliant.

With the way things are going in the world at the moment the costs to the trainers are obviously going to rise which will then be reflected in the costs to owners.

What can trainers or HRI do to encourage owners to keep horses?

Anything to keep costs down would be greatly appreciated.

Significance of your colours?

I wanted ones that are easy to spot in a race. I was involved in picking the More Wine Syndicate colours. I checked if they were available and they were.

How did your syndicate get named?

Knowing those involved More Wine sort of speaks for itself and the fact that Jim Nicholson is a wine merchant helped.

I have left that to Colin but I do like one that looks honest, and has a good solid build.

Horses you have in training?

Billable Grant and Balgowlah, plus the nostril hair of Sound Of Cannons.

What’s next on the agenda?

Colin said there might be a nice race for Bill at Fairyhouse over Easter.

Balgowlah is probably going over fences this year.

We always try to find a good home for them. Caerleon Kate and Abbey Lane went to eventers.

I have recently taken over as chair of the Down Royal Corporation of Horse Breeders and we are very keen to support the retraining of race horses, be it through Treo Eile, Equine Assisted Learning, Horses for People, the Northern region of Eventing Ireland, etc.

It is so hard to compete with the big stables when they enter so many horses in races so getting balloted out is so frustrating.

Races specifically for the smaller owner/trainer could be considered.

What advice would you give to someone about ownership?

You want to have fun. Don’t expect to make any money from it. Do your homework. Talk to some like-minded souls and perhaps form a syndicate and find a trainer you trust.