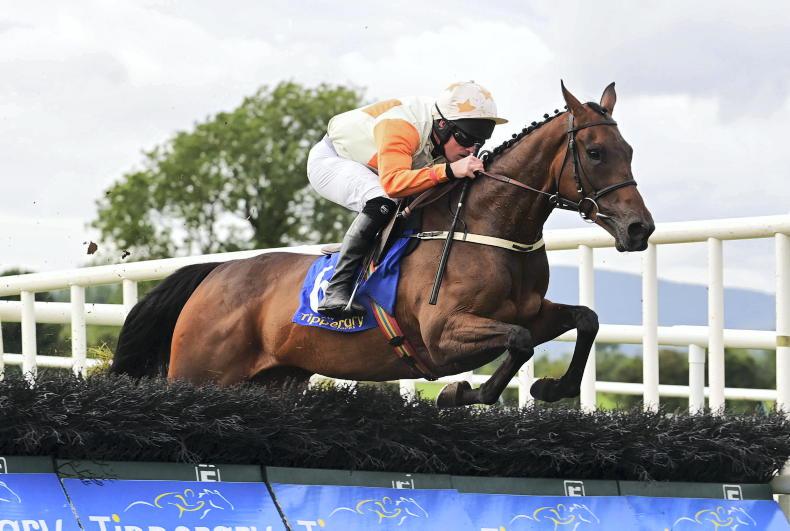 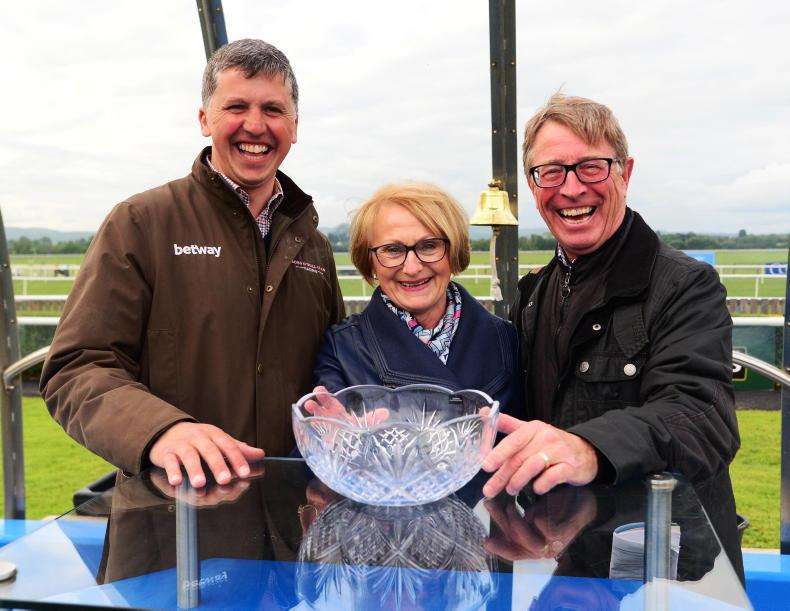 Ross O'Sullivan, Pauline and John Place are all smiles after Alfieri won at Tipperary \ Healy Racing
Previous Next

I always liked horses from a young age. The only horses we saw as kids were pulling carts. A granduncle of ours lived with us who had a great interest and this liking possibly came from him.

The Grand National is everyone’s favourite. Kilmartin’s bookmakers was a couple of doors away from where we lived and had no TV. We had a TV and BBC racing on a Saturday afternoon became very popular with the local punters. They would have their bet and come to our house to watch the races.

I always wanted to race-ride, I hunted for years and finally got to ride in the Down Syndrome charity race at Fairyhouse for four years before my age caught up. I had my first race at 50. Back then prospective riders had to complete a mini course a RACE. This was brilliant and I got to ride out with the apprentices before my last race on a horse called Archive Footage which was super. The oldest apprentice ever to attend RACE. Good fun.

Many years ago, our mare An Culainn Beag won at Limerick and we were abroad on holiday. Friends of ours were there and collected the winning prize. We watched all this on TV while away. When we arrived home, our friends had arranged for the race video to be played in our local pub, Brennans’ Kilteel Inn and made the presentation again which was brilliant night. They are all great supporters of our horses when they run.

Our yard is in Calliaghstown, Co Dublin; it’s only 1.5 miles from Kilteel, although we live in Saggart.

What was your best day at the races and why?

A couple of good days but best has to be Alfieri winning at Tipperary recently (June 30th). This is the last homebred runner from our first racehorse called An Culainn Beag. She was a super mare. I cannot imagine one would get the same feeling from a bought-in horse.

Cost is a major factor. However, our costs are kept to a minimum as we look after them at home from birth ourselves. Major disappointments when horses get injured before getting a run can be off putting for many owners particularly when it takes a long time to bring a horse to race fitness and then something unfortunate happens.

However, as we all know, horses are not machines. Our horses are well handled from birth, are broken at home, ridden out and schooled before going on to full training.

In your experience, which racecourse in Ireland treats owners the best and why?

We generally only go racing when we have a runner, but if Tipperary is anything to go by, all racecourses could probably take a leaf from their book. It was a wonderful evening after Alfieri won recently - celebratory drinks, food in the connections’ suite, race video and photo. It was a very nice but simple touch for winning owners.

Flat or jump racing, which do you prefer?

Jump racing – it’s more exciting. And there is a better atmosphere at jump racing.

What improvements would you like to see racecourses in Ireland do for owners?

I think most racecourses look after owners very well. Financial constraints probably restrain the smaller courses from competing with the bigger courses.

On the bigger days, the small courses could extend the refreshments to a bit more than a sandwich and a cup of tea.

How do you think the current crisis will impact on racing in general and on ownership in particular?

Ownership seems to be on the increase particularly with syndicates so the Covid situation and the economic situation do not appear to have impacted to any great extent.

Obviously to keep costs to a minimum.

My and my wife Pauline’s daughter Nina had just bought her first new car which was an orange Fiat Punto. Hence, she had the choice for the colours at the same time, 19/20 years ago.

I only ever bought two horses many years ago, who were not successful and so I decided to stick with our own homebreds.

Alfieri is only five so hopefully he will continue for one or two more races. Then he will get a well-earned break until the next season starts in the autumn.

We only have one broodmare now. She had a colt foal this year by Way To Paris and is in foal again to Way To Paris.

We have three homebreds, a four-year-old Imperial Monarch gelding related to Alfieri and a four-year-old Ocovango gelding from another good mare we had, Carlas Dream, now deceased. Both are broken and have been ridden away. Hopefully, they will be ready for the start of the next point-to-point season.

We also have a three-year-old Ocovango gelding, a full-brother to the four-year-old above.

Previously our mares we have tended to keep. Others we find suitable homes for retraining which has worked out well.

More races for the lesser-quality horses. Balloting makes it very difficult to get a run and horses cannot be kept tuned up ready to run.

Don’t expect miracles or immediate success. You have to have great patience and trust your trainer implicitly.

We have a great trainer in Ross O’Sullivan who has brilliant facilities and super staff. We have been with Ross a few years now and could not ask for better. He has excellent communication with his owners. He has a great interest in our other horses for the future also.

Treat ownership as a hobby from the start.

John Place was in conversation with Olivia Hamilton.