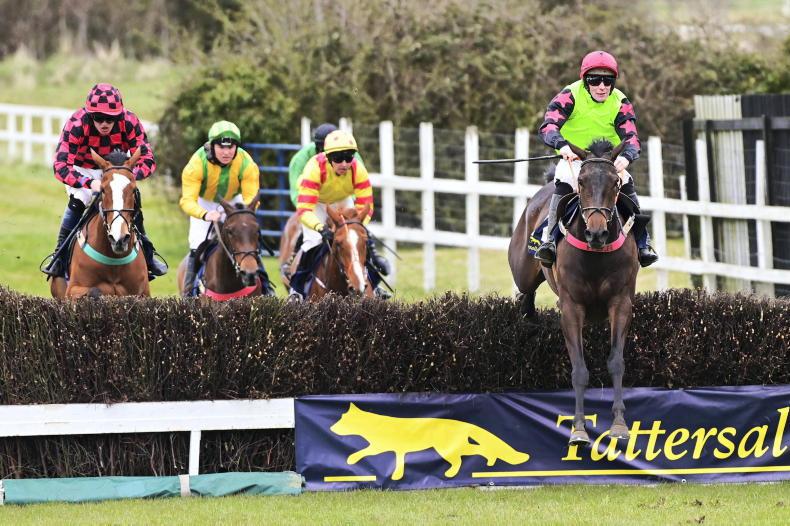 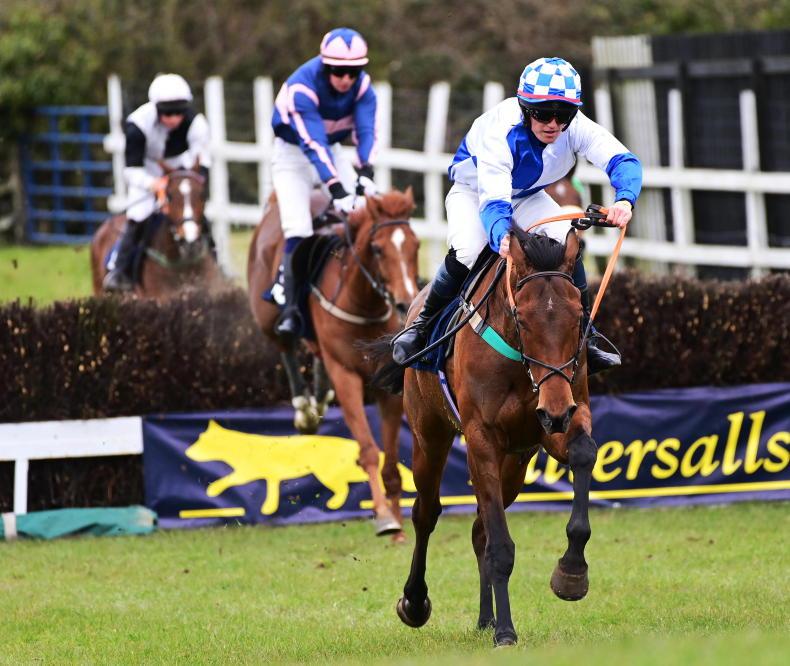 HARLEY Dunne has his team in top form at present, with three of the eight winners that he has saddled this season coming on the one afternoon last Sunday.

Having just learned that Tiernan Power had steered his Genietoile to victory at Dromahane before getting the leg-up on Bop Bop Bobbin (5/2 – 3/1) at Tattersalls, Dunne duly obliged in the four-year-old mares’ maiden on the daughter of Milan who had finished fourth on her debut at Ballycahane.

Having fended off a stern challenge from Laurie Blue by three lengths, Dunne reported that he was delighted with this performance and that he probably shouldn’t have run her previously at Ballycahane when conditions were not in her favour.

“She ran in the Its Gonna Happen Partnership colours, which is just myself and Declan Byrne, who is very involved with my yard,” Dunne noted. “Any horses that we have which just the two of us have a share in will run in these colours from now on.”

This winner cost the pair €20,000 at last year’s Tattersalls Ireland May Sale when bought from Walshstown Stables and she is a sister to Milans Edge who won a Tinahely maiden for Colin Bowe and a bumper for Donald McCain.

Dunne went on to complete a Tattersalls double and a treble on the day when Tango Arumba (5/2 – 9/4) took the five-year-old and upwards mares’ maiden.

The Wexford man made all the running on the Shantou debutante and saw off a determined challenge from the previously placed Winning Mischief in the closing stages by four lengths in the handler’s own colours.

“I was offered the mare by former trainer Pat Sinnott back in October when she was an unbroken four-year-old and I’m glad that I took her now,” Dunne said. “She took her work really well and has not missed a day for me.”

This winner is out of a sister to dual point winner and four-time track winner Battle Of Shiloh and will now head to the Tattersalls Cheltenham April Sale next week.

Magee much too strong for Kennys

THE five-year-old geldings’ maiden was won in impressive style by Sam Magee under James Kenny for his father Liam.

The race saw eventual runner-up Hilton De Chaillac race clear of his rivals for most of the journey under Tom Harney but as the runners landed over the fourth-last fence, there was still a large gap from the leader to the chasing pack which was headed by Sam Magee (4/1 – 5/1).

Once Kenny began to ask his mount to close the gap the response was impressive, and not only did he bypass the long-time leader on the turn for home, but he raced nine lengths clear of the runaway leader on the climb for the line.

The Wexford handler has his team in top form at present, with two winners, two seconds and a third from his last five runners in the sphere, with his latest victor carrying the colours of the Orphan Girl Syndicate who previously enjoyed success with That’s Beats Banaher and more recently with Ya Boy Ya.

The syndicate, which includes Philip Kinch, Peter Comerford, Peter Spencer, Billy Kelly and Brian Spencer, the latter owning the Orphan Girl pub in Ballymoney near Gorey where the syndicate name originated, are now likely to sell this latest winner by Jet Away.

Liam Kenny will then have enjoyed watching the novice rider’s open later on the card as it was a former charge of his, A Rated (5/4 – 7/4) who came out on top as he continues to provide the Berry family with plenty of sport.

Johnny Berry picked the 11-year-old up this season and he has proven an ideal schoolmaster for his son Josh, who at the age of just 17 was riding his second winner on just his fourth ride, all of whom to that point had come aboard the Flemensfirth gelding.

The Castlelands winner returned to the winner’s enclosure after seeing off the challenge of the recent Rathcannon victor Some Are Lucky by a length in the colours of the winning rider’s mother Shirley.

Connections suggested that they would continue in open races with A Rated, who had previously finished third in a competitive handicap hurdle at the Punchestown festival as a six-year-old.

The winner-of-one race went to First Preference (2/1 – 5/2) who made most of the running under Shane O’Rourke.

This son of Publisher, who had won a maiden for his owner-breeder Jimmy Devereux at Knockmullen House in December 2020, had posted a very encouraging effort at Monksgrange recently on his return to action following a setback.

Building upon that return effort, he stepped up to score in convincing fashion from Ask Charlie by a length and a half at the line. The victory was a third of the season for winning handler Vinny Devereux, son of the owner, and connections will likely seek similar opportunities for the eight-year-old, according to the winning rider.

IN an era which is largely focused on precocious youngsters there was another victory on the card for a horse sourced as an unbroken four-year-old in Getaway Drumlee (7/4 – 6/4 favourite) who claimed the older geldings’ maiden for the father and son team Sean and Noel McParlan.

Second on his debut at Kirkistown, the Getaway gelding had failed to sell when offered at the Cheltenham Sale last December, however he returned to action to open his account in a very smart looking race of its type.

Racing keenly for much of the journey, Getaway Drumlee joined the long-time leader Bocelli’s Voice as the pair quickened to the second last, before gaining the upper hand in the straight to defeat that rival by two lengths.

The winning rider indicated that the six-year-old would likely contest a winners’ race in the coming weeks before once again being offered for sale.

Bocelli’s Voice (D. McLoughlin): This son of Mahler was unfortunate to bump into an above-average sort for the age group. But having pulled a distance clear of all other challengers, he should not remain a maiden for much longer. 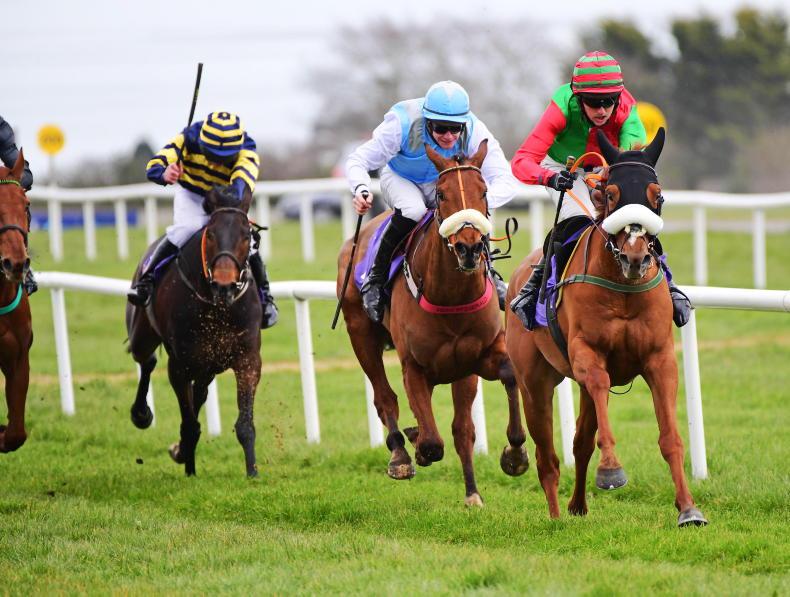 WEXFORD SATURDAY: Henry ticks the winning Box
Shane O’Brien and Shane Fitzgerald enjoyed success on a day of firsts at the point-to-point meeting 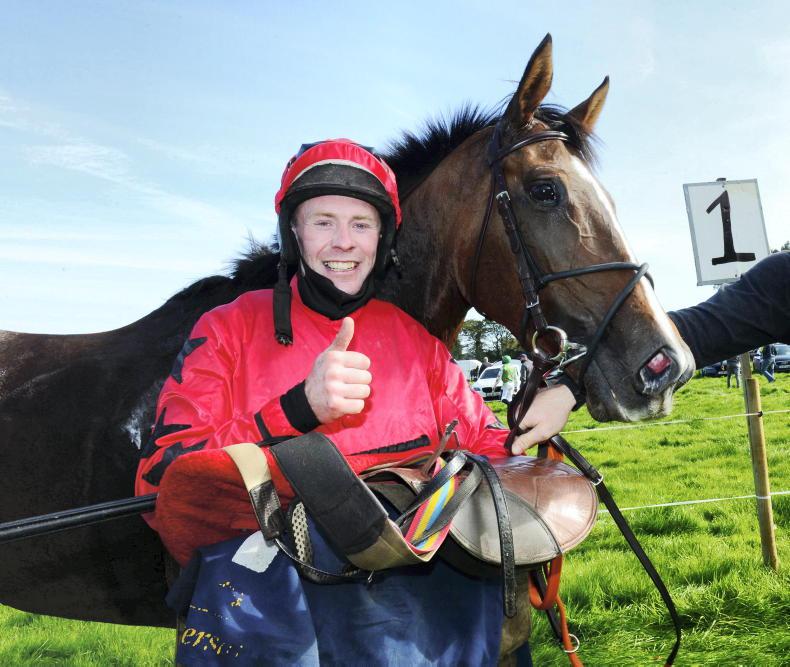 NEWS: Wexford handlers send pointers to race in Britain
Harley Dunne and Sean Doyle have taken a bold step in moving a team of 10 horses to Chris Barber's yard near Taunton 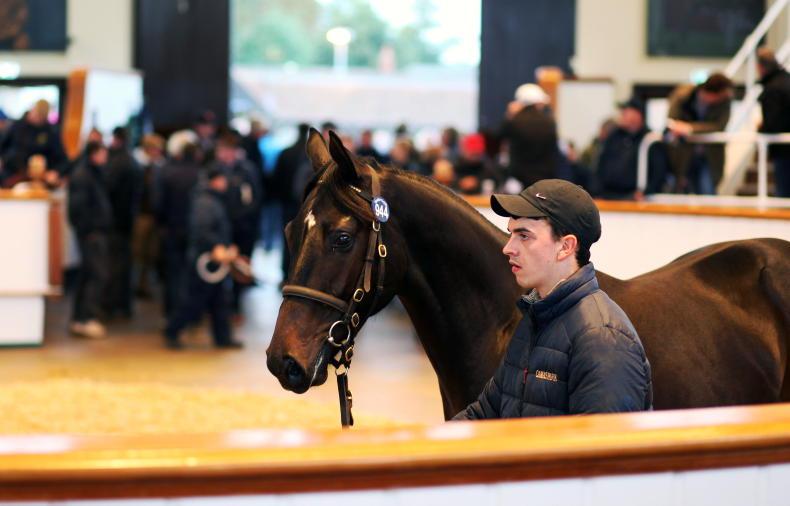 Mark Costello
SALES: Critical week ahead for yearling market in Newmarket
Will the strong trade of recent weeks be maintained - or even surpassed - for Books 2, 3 and 4? 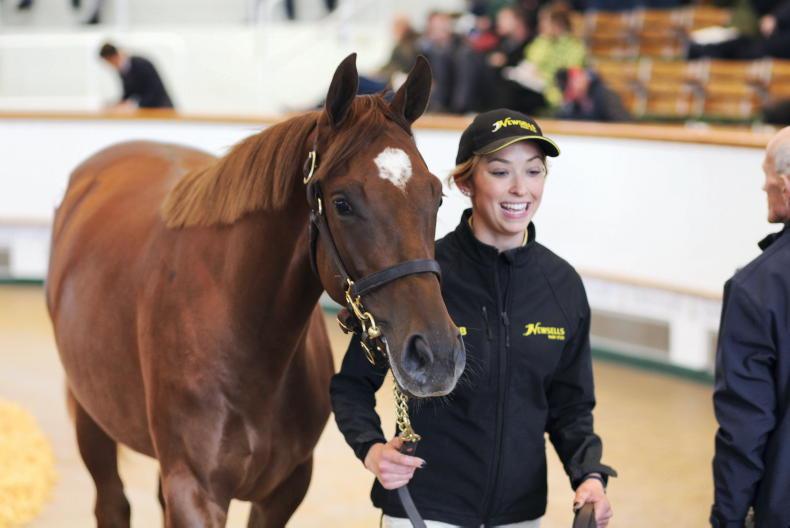