Andy Oliver, Donegal handler Charlie Moore and Mikey O'Connor were among the winners at the western track 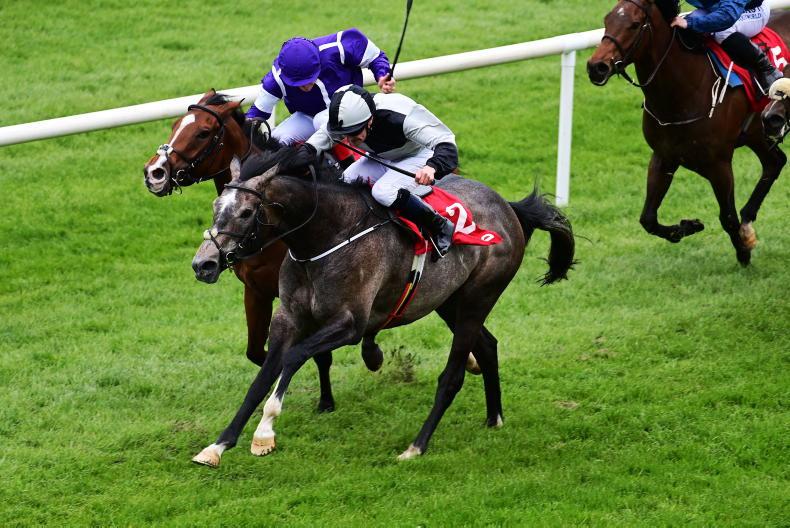 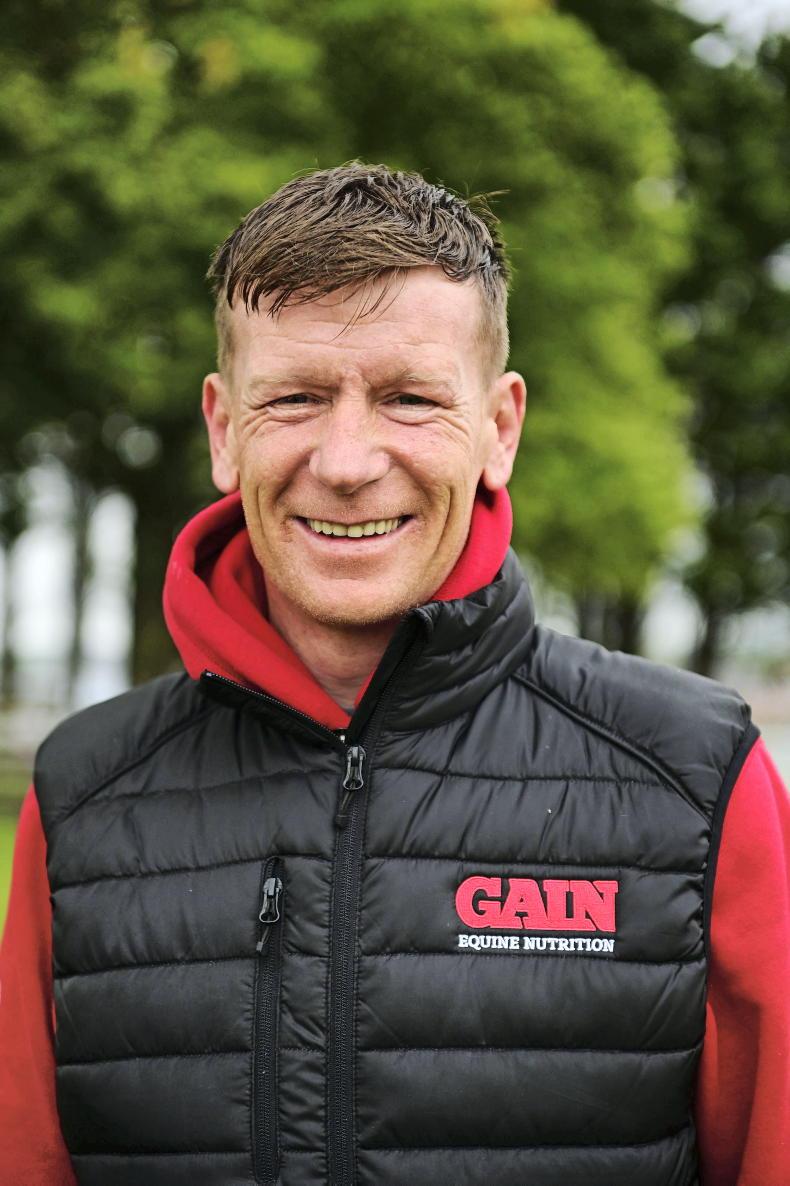 Both winners were well supported in the market including the four-year-old Count To Five (5/1) who carried the trainer’s colours to success in the Tote Always SP Or Better Fillies’ Maiden.

Soon tracking the leaders under Gary Carroll, the daughter of Bated Breath got to the front just inside the furlong marker before going on to account for Lady Arwen by half a length.

“She had a good run at Cork and then had a bit of a setback so she was kept for this year,” said Oliver.

“We thought she had the ability to get through this type of race. We’ll see what the handicapper does and plot a course from there.”

Declan McDonogh was the man in the saddle for Oliver’s second winner as 85/40 favourite Band Width chased the front-running Shining Crystal throughout the Tote Guarantee Median Auction Maiden before edging past that one in the final 50 yards for another half-length victory.

The Gutaifan grey, owned by J.P. Ledwidge, was building on a pleasing debut fourth at Cork last month.

The winning trainer remarked: “He’s well-bred so we expected a bit from him. I trained his half-brother Shatharaat who I bought cheaply off Mark Johnston and he won well on his first start for me, but had issues afterwards and they caught up with him. Another half-sister of his won a Group 3.

“We haven’t done an awful lot with him this year and he’s improved from his first run. He has the toe for six and stays further so it gives us plenty of options.

“Part of the reason we’re lucky here is that we train on a right-handed track going up a hill so our horses tend have a natural advantage.”

Like Oliver, Gary Carroll has a healthy strike-rate at Sligo and brought up a double of his own when Celtic Manor (13/2) bounced back to form after eight months off the track in the first division of the Tote-sponsored sprint handicap.

Soon in a handy position just off the pace, the Dandy Man gelding hit the front before the straight and was ridden out to beat Lexington Liberty by a length and a quarter.

The six-year-old, twice successful in Britain at three, was having his first start for Donegal handler Charlie Moore and is owned by Kyle Browne McGuigan who takes an active role in the yard.

“We’ve had him since November,” said the winning owner. “He was a good horse in his younger days for William Haggas and ran well a couple of times in his early starts in Ireland.

“We had a winner at Dundalk a couple of months ago with another horse coming back from a layoff.

“We use the beaches near us at Downings and Rathmullan - it’s great scenery and gets the horses fresh and well and back to themselves.”

The cousin of last year’s champion apprentice Dylan Browne McMonagle (who was suspended) added: “I ride out but was always too big to be a jockey.”

The second division of the sprint handicap saw Tai Sing Yeh (15/2) notch his third win of the year, and seventh in all, under Donagh O’Connor.

Soon in front despite being drawn wide, the in-form eight-year-old accounted for old adversary Teddy Boy by half a length.

Winning trainer Johnny Levins said: “He’s won over five, six, and seven, on all types of ground and tracks. This is like a right-handed Chester but he’s won at the likes of Naas and Ayr as well.

“He’s so versatile and I’m delighted for the owner (Hugh Ward) who’s not well at the moment and I hope that will give him a lift.”

Robert Moran’s four-year-old was making it two from two since joining trainer Paddy Twomey and travelled sweetly throughout for Billy Lee.

She headed Atavique turning for home and Lee didn’t have to be very forceful with her to account for that rival by half a length.

“This looked the logical next step after her maiden win in Dundalk. She had form on that type of ground and being by Sea The Stars, out of a mare by Authorized, she’s bred to stay.

“The fact that she could do what she did over a mile on the all-weather was probably to her credit. We’ll see what her owner would like to do with her next.”

The daughter of Nathaniel, trained by Jessica Harrington for Mrs S Kelly, had finished over five lengths adrift of the market leader when they met at Cork last month and looked in trouble when that rival joined her travelling well approaching the straight.

Nathan Crosse’s mount was not to be denied though and stayed on best to thwart Nusret by a head.

Crosse said: “She’s still plenty green and is big enough to be going around these small tracks so there should be plenty of improvement in her. I was off the bridle a long way out and she kept finding, she was very gutsy in fairness to her.

“My brother (Shane) had a Group 1 winner in France today (State Of Rest for Nusret’s trainer Joseph O’Brien in the Prix Ganay) so this is my Group 1!”

POINT-to-point stalwart Mikey O’Connor sent out his first winner on the flat when Der Mc (11/1) landed the Tote-sponsored Apprentice Handicap under Jack Cleary.

After a wet start to the bank holiday weekend, there were plenty of non-runners on the card and the rain-softened ground resulted in six withdrawals from this race. The winner was travelling best from some way out and Cleary bided his time before switching left for racing room in the final furlong. His mount picked up well to defeat Lariat by two lengths.

O’Connor said: “It was a cool ride. Jack’s agent Ken Whelan told me this lad can ride and he was right! I only have the horse about six weeks and a great bunch of lads (IRE Asset Holding Limited) own him. He probably has a good enough mark over hurdles but maybe hasn’t got the bottle for it. That might come right in time.”