Title: SIMON ROWLANDS: The Wednesday Festival is crammed with class 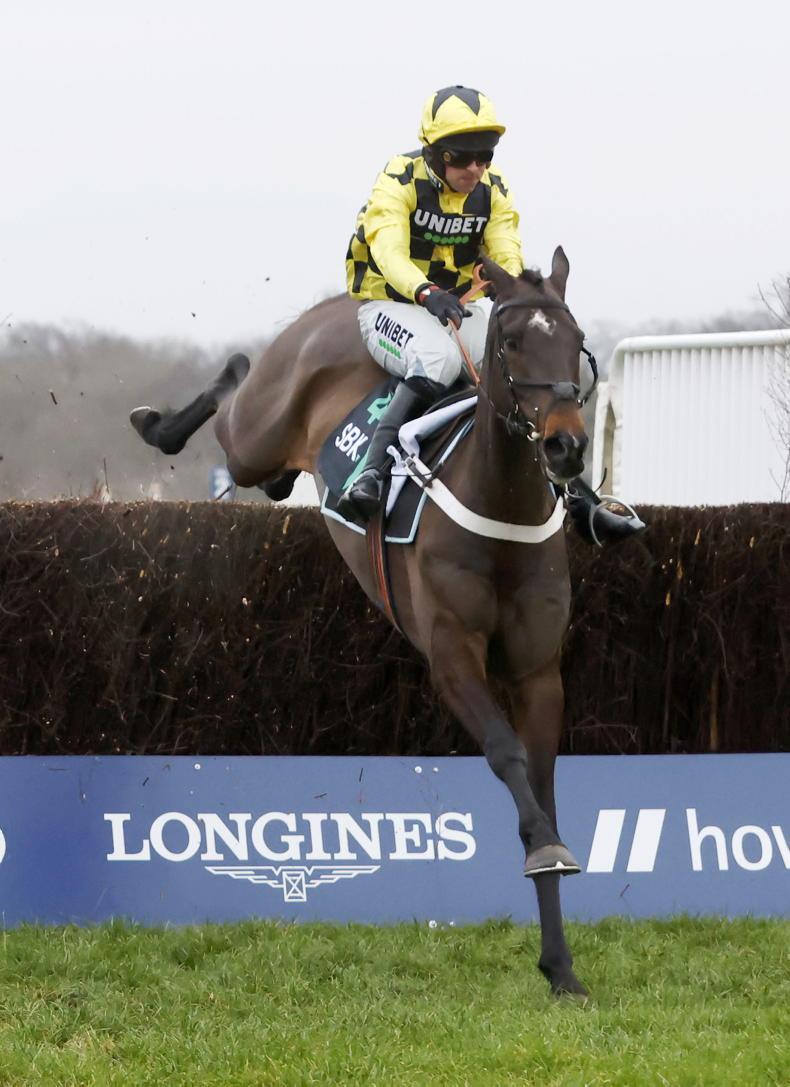 Shishkin came out on top in an epic duel, but by only a length having looked held for much of the closing stages at Ascot \ Healy Racing 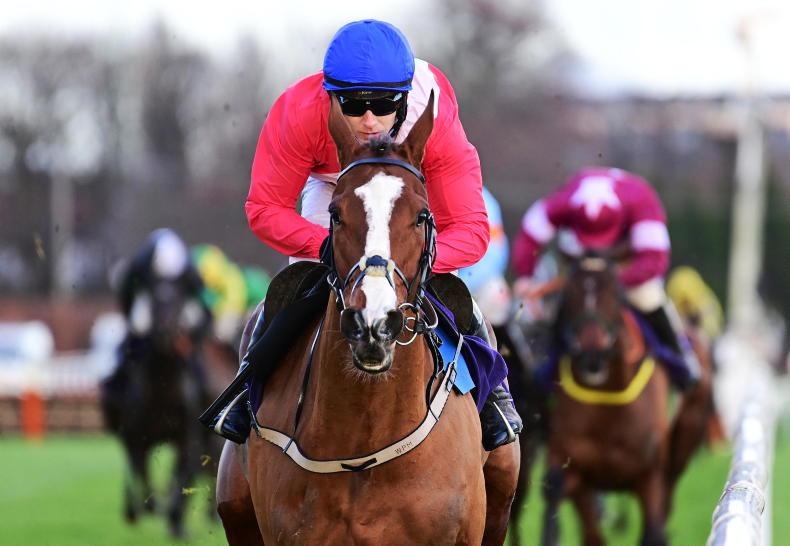 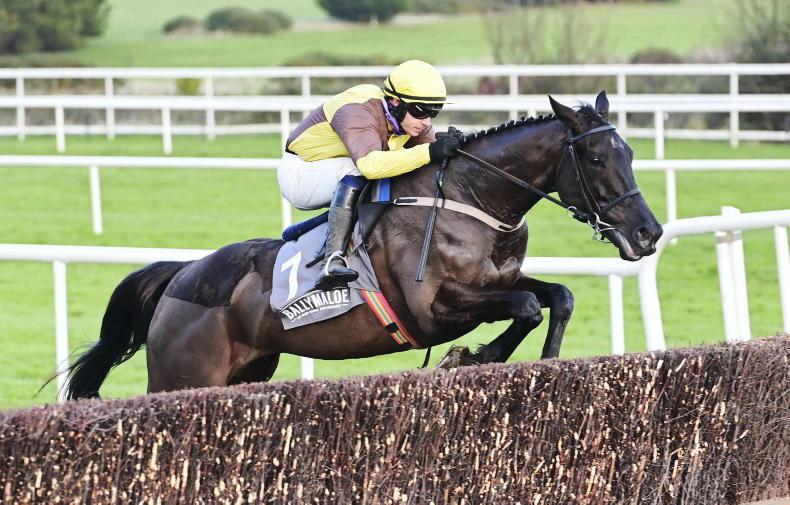 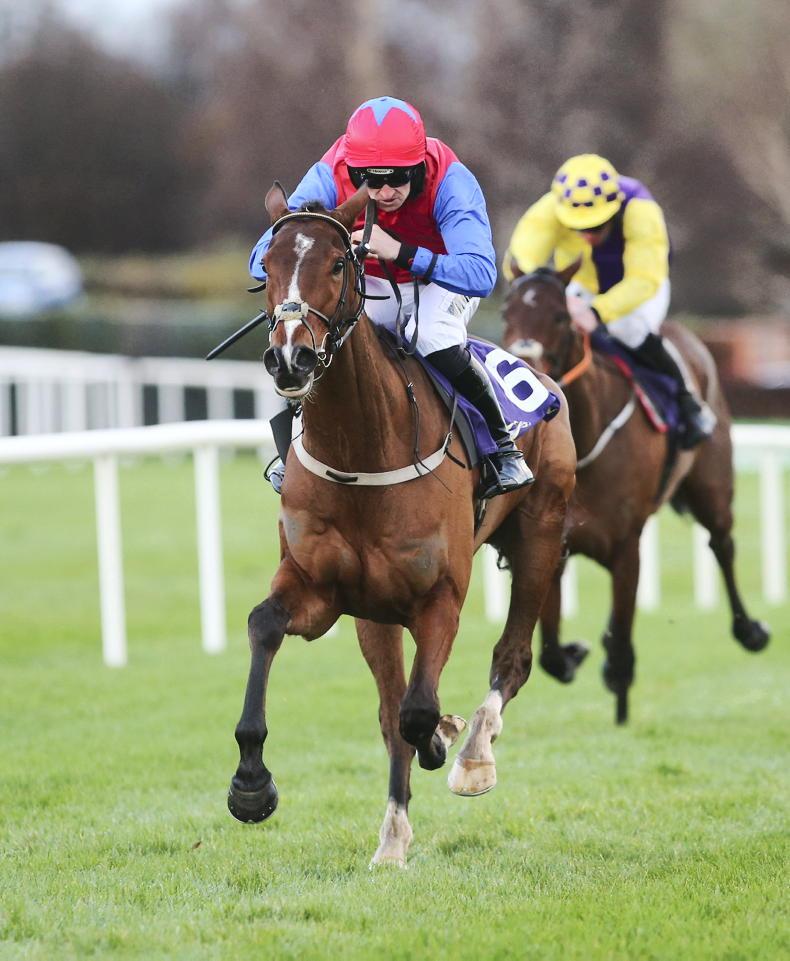 Facile Vega was hugely impressive in his two bumper wins \ carolinenorris.ie
Previous Next

For those who are versatile regards distance, the Wednesday race is likely to be an easier option than the Tuesday one, though the Ballymore sometimes results in a relative sprint finish.

Many of the same names appear in the lists for both races, with the prospects of SIR GERHARD, DYSART DYNAMO and CONSTITUTION HILL described under the Supreme entry: all would have their stamina to prove in this.

THREE STRIPE LIFE likewise, but he seems a safer stayer on what he has done to date.

GINTO has built up a solid resume, including when beating Grand Jury in the Grade 1 Naas Novice Hurdle, but looks a stamina glutton and has an alternative in Friday’s Albert Bartlett.

This looks the likeliest target for STAGE STAR (147), a useful bumper performer who has taken really well to hurdling, winning all three and accounting for WEST BALBOA (132) and the Irish-trained GRINGO D’AUBRELLE (134) with little fuss in the Grade 1 Challow Novices’ Hurdle at Newbury. He looks a big player if others go elsewhere.

MINELLA COCOONER (147) advanced his claims by beating MINELLA CROONER (144) and HOLLOW GAMES (144) in a slightly weak opener to the Dublin Racing Festival.

JOURNEY WITH ME (145) looked smart when winning a maiden hurdle at Leopardstown, as he had done when trotting up in a bumper at Gowran, and his defeat of Minella Crooner and Kilcruit (who failed to get home at 20f that day) reads even better now than it did at the time.

It is tight at the top among the staying novice chasers in Ireland and Britain, with several good candidates to bridge the gap between mid-season achievement and the level of ability usually needed to win a prestigious race that was long known as “the RSA”.

GALOPIN DES CHAMPS has been tremendously impressive in winning a beginners’ and a Grade 1 at Leopardstown, jumping well on the whole and running very good times.

His opposition in those races rather faded away, however, and he may run in the Turners instead.

The sound-jumping BRAVEMANSGAME is as good as any of the rest, for all that AHOY SENOR was probably not at his best behind him in a falsely run Kauto Star Novices’ Chase at Kempton on St Stephen’s Day.

The latter had beaten Bravemansgame at Aintree when they were both novice hurdlers and got back on track when winning nicely at Wetherby in February.

FURY ROAD responded well to cheekpieces to beat the Troytown winner RUN WILD FRED by eight lengths in the Neville Hotels Novice Chase at Leopardstown after Christmas, though the latter (who is also a leading fancy for the National Hunt Chase on the Tuesday) almost took one of the fences with him along the way.

The latter had beaten the Fury Road into third in a Drinmore Chase at Fairyhouse that was run at too strong a pace. STATTLER (150), CAPODANNO (148) and JUNGLE BOOGIE (147) are just three less exposed but exciting types.

And, yet, this year’s race could be one of the best ever.

SHISHKIN and ENERGUMENE have already met, with both their unbeaten records over fences on the line, in the Clarence House Chase at Ascot. Shishkin came out on top in an epic duel, but by only a length having looked held for much of the closing stages.

The Champion Chase will be run at more than a furlong shorter, and Energumene was in front and still going great guns at that point at Ascot.

Shishkin had previously shown breathtaking speed to win a slowly run Desert Orchid Chase at Kempton at Christmas (over 15 lengths quicker than 163-rated Edwardstone from four out) and had been a 12-length winner of a strongly run Arkle Chase at the Festival in 2021.

Energumene, meanwhile, had previously beaten up 167-rated Janidil in the Ryanair Novice Chase at Punchestown last April and had effortlessly got away with going too fast mid-race when landing the Hilly Way Chase at Cork on his return.

Then there is CHACUN POUR SOI, a brilliant two-miler in recent years who returned to form with a vengeance when beating Dunvegan in the Dublin Chase at Leopardstown in February.

He had previously run dismally in a Tingle Creek Chase at Sandown won by GREANETEEN in a surprisingly ordinary time.

NUBE NEGRA also ran poorly in the Tingle Creek but is better judged on his Shloer Chase win at Cheltenham.

ENVOI ALLEN (161, unimpressive on the clock when winning a Grade 1 at Leopardstown over Christmas) and FIRST FLOW (162) are two who might have been place contenders in an ordinary year.

Facile Vega well up to standard

The bumper division has got stronger since the first Cheltenham championship was won by Montelado in 1992 (about which time bumper ratings – devised by me and put out by Timeform – were first published), and such notables as Florida Pearl, Dunguib and Cue Card are on the race’s roll of honour. The last three winners have been Envoi Allen, Ferny Hollow and Sir Gerhard, no less.

The Gordon Elliott-trained AMERICAN MIKE was in pole position, courtesy of facile wins at Down Royal and Navan (the latter a seriously good performance on time/sectionals), until the Dublin Racing Festival, at which point everything changed.

That was where FACILE VEGA, a son of multiple Cheltenham Festival winner Quevega no less, smashed up his rivals – including SANDOR CLEGANE – by 12 lengths and more. The time was only so-so but the visual impression was extraordinary.

Facile Vega had, however, run faster when beating JOYEUX MACHIN (130) at Leopardstown on St Stephen’s Day.

SPRINGWELL BAY was second in the Goffs Land Rover Bumper at Punchestown before switched to Jonjo O’Neill in Britain and winning at Market Rasen by 14 lengths.

TIMEFORATUNE has won all three of the bumpers he has contested, the last two (after being switched to Paul Nicholls) by narrow margins. 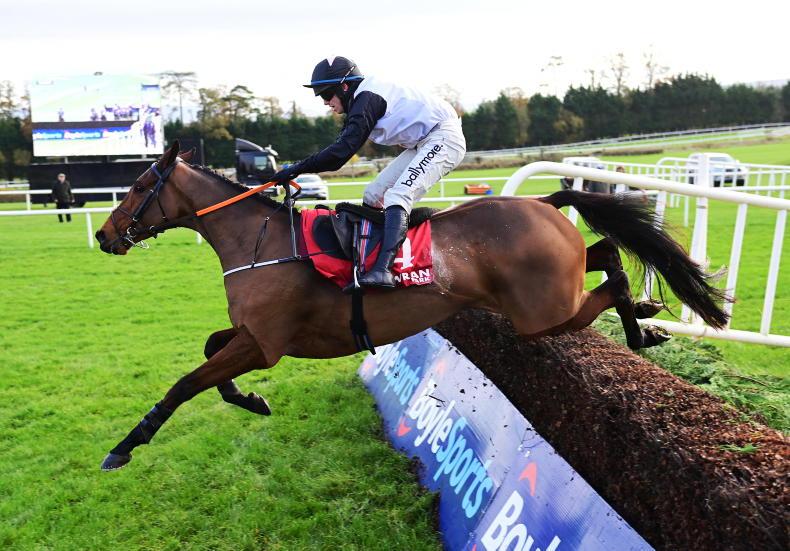 Anne Marie Duff
THE WEEK THAT WAS: Jockey judgement will be key
The novice races at the Festival look set to throw up some intriguing battles where jockeyship will be key 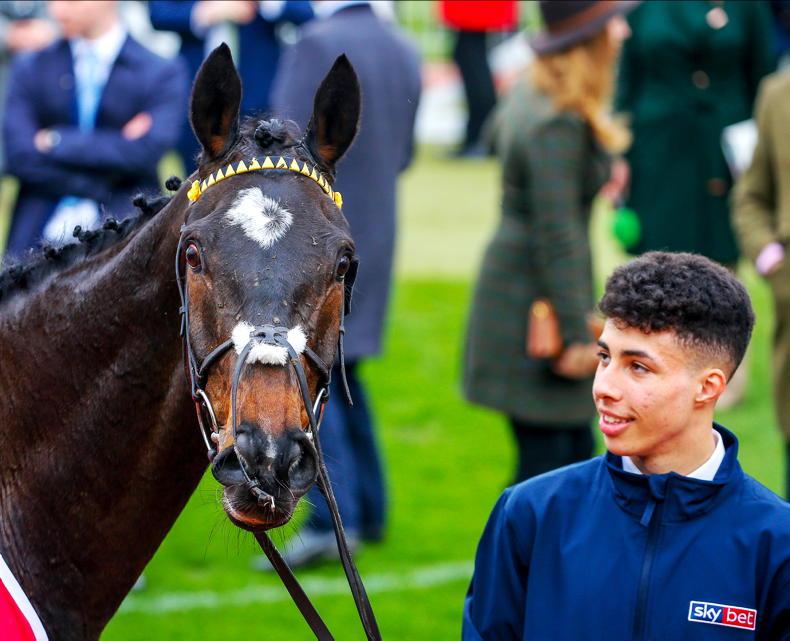