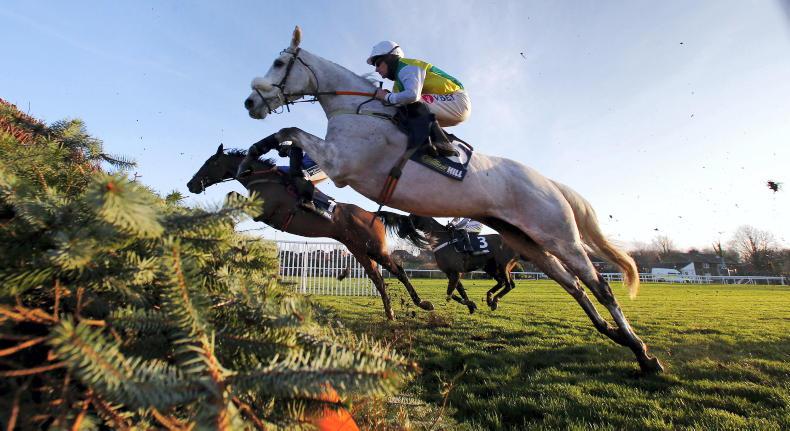 THE ground may have been somewhere between soft and good to soft over fences at Sandown, and softer on the Friday than on Saturday, but it was decidedly “heavy” on the hurdles course.

The three remaining runners in the Ballymore Winter Novices’ Hurdle on Friday crawled for most of the way before Star Gate quickened clear (107% finishing speed). It is difficult to rate this effort higher than 135, but the speedy youngster does promise better still to come. Portrush Ted (142) came out on top in a far more attritional Pertemps Qualifier on the same card.

The William Hill Many Clouds Chase at Aintree ended up with a run-in of nearly five furlongs due to low-sun omissions and a surprise winner in Lake View Lad, now rated 157. Neither Santini (162 here, 169 previously) nor Native River (160) was disgraced conceding 6lb to the winner, without doing wonders for their Cheltenham Gold Cup claims, either.

Conditions were soft on the Mildmay Course but a lot more testing on the Grand National Course at Aintree, and to win the Becher Chase and Grand Sefton Chase respectively.

The former was faster than the latter in the closing stages despite racing at more than half a mile further overall.

Straw Fan Jack proved remarkably able in winning a novice hurdle at Aintree by 30 lengths, earning himself a 138 rating, while the much-raced Talking About You took a listed fillies’ juvenile hurdle emphatically, with a much-improved figure of 130.

There had been a decent card at Exeter on the Friday, though the highlight showdown between Bold Plan and The Big Breakaway in a novice chase turned into a sprint over the last few fences which the former was better equipped to deal with.

As an illustration, Bold Plan ran the extended 19 furlongs 8.5s (around 40 lengths) slower overall than 147-rated Sevarano managed shortly after but about the same amount quicker from the first fence in the straight, four out. Bold Plan is now on 136 – the same as he managed over hurdles – while The Big Breakaway, who was penalised, still has a fairly bright future on 142.

A special mention should also be made of the Wetherby winner Eileendover, who, for the second start running, wiped the floor with her rivals in a sub-two-mile bumper. She has had little to beat, either here or at Huntingdon, but has done so with consummate ease, and her new rating of 129 suggests she can mix it with all but the very best in this division.

One of the performances of the week came late in the day, when Nassalam won by 49 lengths at Fontwell on Tuesday (having won by even further there previously).

His time for the extended two and a quarter miles was a whole 12.6s (the best part of a furlong) quicker than that for the winner of the concluding handicap and results in him having a 144 rating, second only to 155-rated Zanahiyr among juvenile hurdlers now.