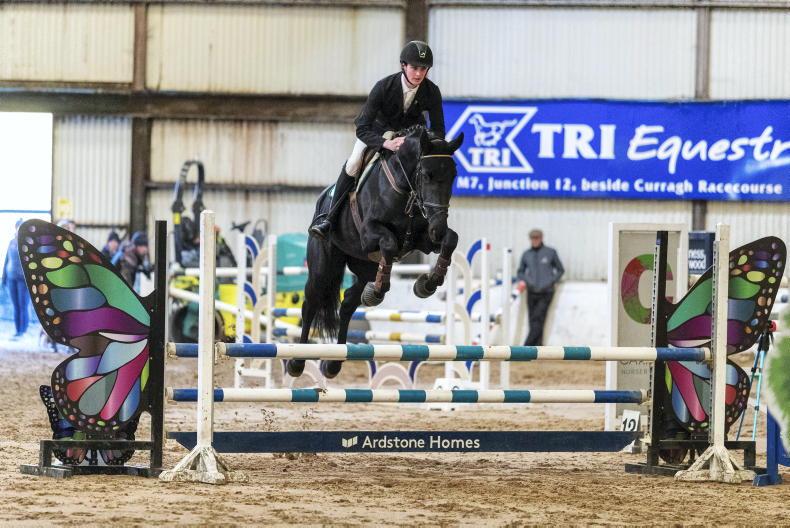 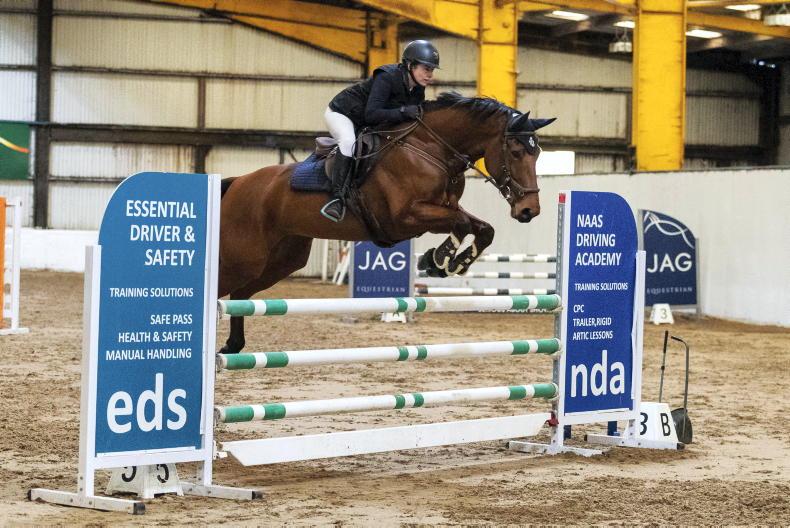 LEADING the victory in the HSI four-year-old Mares Breeding Initiative DAFM class at JAG Equestrian was Brendan Murphy and OKE Dixieland Rock when they were awarded 123 points.

The mare is owned and bred by Martina McCrory and is by Elvis Ter Putte out of the Cobra-sired Arona. Zoe Connolly took second place with her own Brockagh Field Cailin when they finished on a mark of 115.60. Bred by John Cummins, she is by Dakar VDL out of Brocka Cruising Lucy.

A score of 113.40 was enough for Catherine to take third place with her own Nala. Bred by L. Meulenberg, the Dutch-bred is by Entertainer out of the Clinton-sired Fay. Fourth place was occupied by Taylor Sweeney who was riding Brian Tuffy’s Bita Guinness on a score of 102.40. Bred by Dermott O’Brien, the mare is by Guinness. Slotting into fifth place on a score of 101.50 was Liam Hough on the Adrian Hewson-owned Megan to HSH. Bred by Gill Hadley, the mare is by Romanov and out of Toscana.

Winner of the HSI five-year-old Mares Breeding Initiative DAFM class was amateur rider Aileen McDermott and her own Ballyv Poppy when they delivered a double clear and were awarded a score of 122. Bred by Sean Stafford, the mare is by Tyson out of the Ard VDL Douglas-sired KMS Paris.

Meagan Brennan took the runner-up spot with her own Quality NBZ on a score of 112.90. Bred by Patrick McLougney, the mare is by O.B.O.S Quality-sired Soolmoy Lucy. Taylor Sweeney was back in the ribbons, taking third with Paddy Sweeney’s SVS Limited Edition, on a score of 106.10. Bred by Brian Hutchinson, the mare is by Elvis Ter Putte out of Balalaika V.D. Pannenberg. 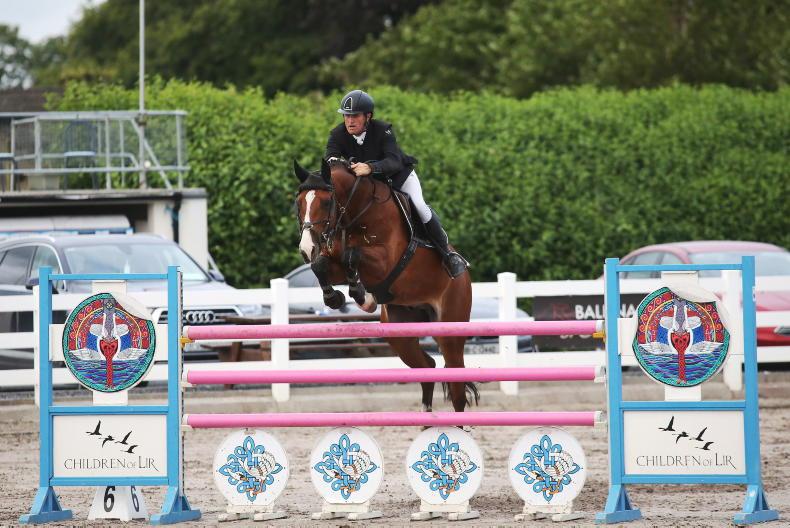 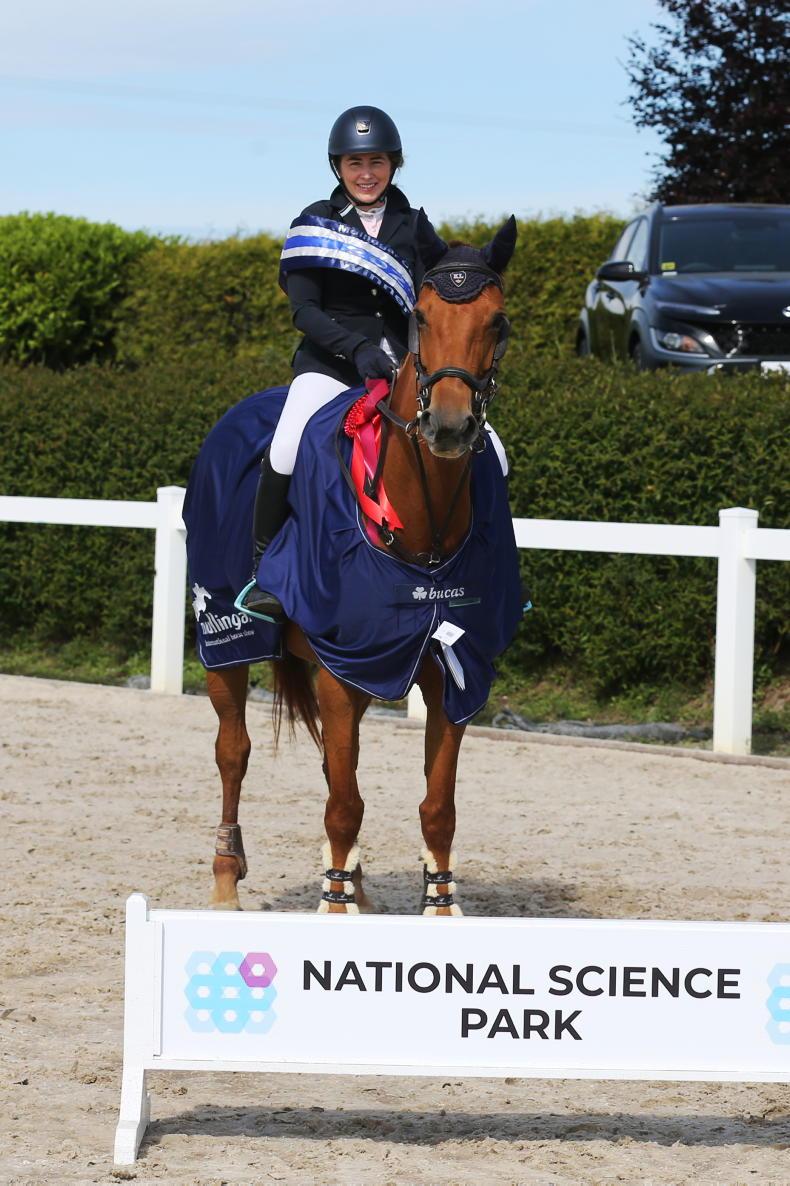 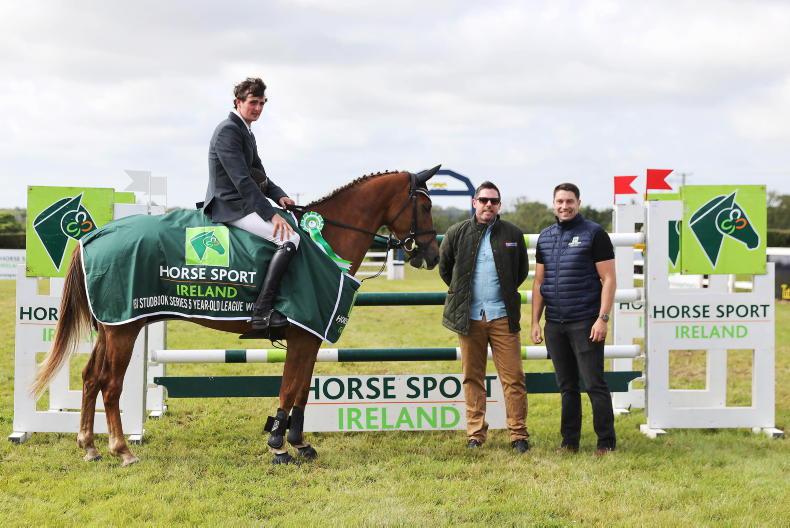