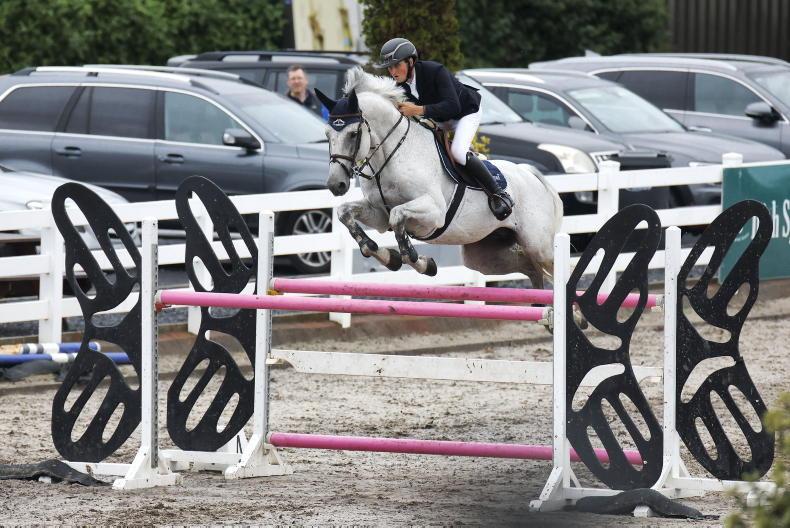 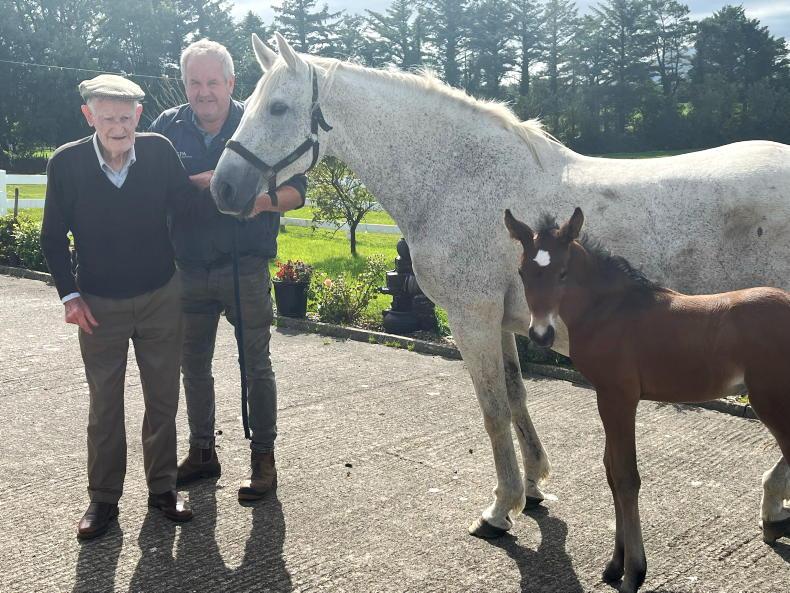 Leo and John Carey pictured with Ms Cruise, whose sons Numero Cruise and Kan Cruise were first and second in the Autumn Grand Prix at Mullingar Equestrian Centre last week, and her week old foal by Livello \ Lee Carey
Previous Next

LEO Carey had the perfect start to this year’s Autumn Grand Prix League when his horses - Numero Cruise and Kan Cruise - took the top two places in the opening round of the 1.40m Series at Mullingar Equestrian Centre last Sunday.

Both horses are out of the same mare, the home-bred Ms Cruise (Cruising x Clover Hill), and both of the riders are Leo’s grandsons.

Speaking after the win, Leo’s son John told The Irish Field: “Leo (91) is absolutely delighted with the result. He is currently recovering from hip replacement surgery so couldn’t be there to see it but he has watched it back on video.

“The dam Ms Cruise was bred here. She is the full-sister to Mt Cruise and Mister Cruise who both went to Grand Prix level.

“Ms Cruise is also the dam of Blackthorn Cruise (Vancouver x Cruising) who was shortlisted for the Olympic eventing team for New Zealand.

“She foaled last week and has a filly foal at foot by Livello. She has a yearling filly, also by Livello, so that is exciting.

“Lee’s dad Niall was there at the show yesterday (Sunday) to watch which was great. Kan Cruise won the 1.40m National Grand Prix in Barnadown last week. They’ll both be heading to Cavan next week for the Cavan Indoor Championships so hopefully they’ll continue to do well.”

A total of 21 starters lined out for the Seamus Casey-designed track. Of these, 10 produced a clear first round to progress to the timed jump-off.

Daren Hopkins has enjoyed a successful summer not only with his family-owned horses, but also with Ballywalter Farm’s young horses which he produces and rides for Bertram and Harry Allen.

He took the win, and the lion’s share of the €3,000 prize fund on this occasion, stopping the clock at 41.38 as one of six double clears aboard Numero Cruise.

His cousin Lee Carey took the runner-up spot, breaking the finish beams in 42.22 on Kan Cruise.

Ger O’Neill and the eight-year-old Mr Castlefield (Heartbreak ZH x Faust Z), who had finished as runners-up in the Irish Breeders’ Classic Final one week earlier, took fourth place in 43.40.

Fifth went to Wesley Ryan riding his own stallion Tiger Balou (Balou de Rouet x Cardento). Sixth place, with the only other double clear round, went to John Carr and Cascum Lewis (Luidam x Sails Away).

The next of the 10-round Autumn Grand Prix League takes place on September 24th at Sceilig Equestrian in Co Cork.