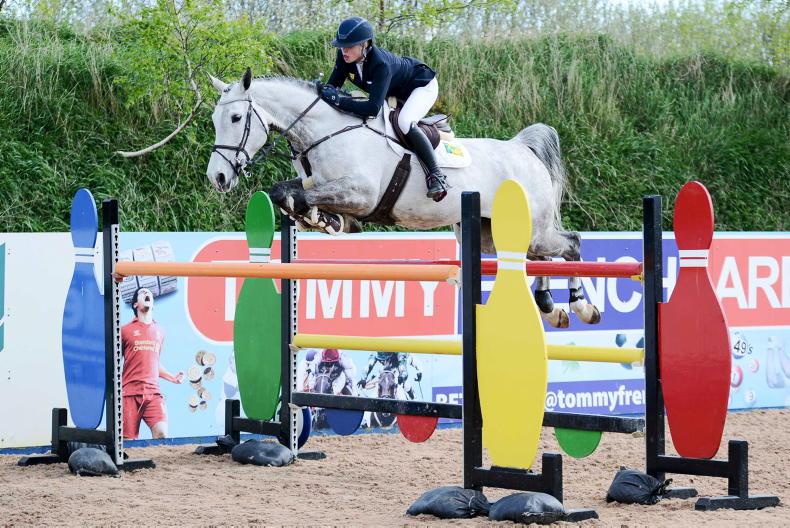 THE MEADOWS Equestrian Centre in Lurgan has proved to be a happy hunting ground for Emma McEntee. She won the National Grand Prix at the venue last August aboard MHS New York and last Sunday added the first round of the 2022 Gain/Alltech National Grand Prix league to her list.

She guided John Hoyne’s nine-year-old mare RHS Blue (Cheers Cassini x Cruising Micky Finn) to the fastest of nine clears against the clock in a big class of 61 entries.

Speaking after her win, the young rider said: “I’m delighted with the win. I’ve only been riding her since the start of the year. I began competing with her in February and we did a few rounds of the Spring Tour, but this was our first 1.40m class together.

“There were a couple of places I felt I made up the time; I was quite tight back to the vertical across the middle, I did go one more to the double than I probably would have liked but I then went six to the final fence, it really was seven strides, but I got the inside line and it worked out.

“She is really competitive, she is quite laid-back but when she goes into the ring she wants to win just as much as I do, she tries so hard every time she goes in. She is naturally fast, she doesn’t take too long in the air and she’s quick across the ground as well.”

McEntee is studying marketing at the University of Ulster and that is occupying her time at the moment. “I’m just finishing my last week in University at the moment so I will miss Portmore this weekend but I’m hoping to go to Barnadown in two weeks.

“Then maybe a Dublin qualifier and then we are in the internationals in Balmoral where I’m hoping to move her up to 1.45m. After that we will make a plan about what to do next.

“I’m very lucky that I have some very nice horses for the summer ahead. The eight-year-old Boss Quality has improved so much and has stepped up to 1.40m really well. Blue is that little bit more experienced so that’s great too.

“A huge amount of credit to the McCusker family who had the arena looking fabulous today and to Tom Holden for a great course. I also want to thank TRM for keeping my horses in top shape and allowing them to come out and perform so well in tip-top condition on days like this. And of course a big thank you to Gain and Alltech, sponsors of the Grand Prix.”

Some 61 combinations lined out for the 1.40m Grand Prix which offered a €4,000 prize fund. Of these, 11 left all the fences intact in the first round to progress to the timed decider.

Four had a single fence down, while two collected eight faults and the remaining 44 notched up more than that.

McEntee’s winning round was a decisive one; the Banbridge rider stopped the clock in 37.99, 0.89 ahead of closest rival and runner-up Susan Fitzpatrick riding Sharon Fitzpatrick’s Keatingstown Skorphults Joker (Conthargos x Chacco Blue) in 38.88.

The next round of the National Grand Prix league takes place today (Saturday) in Portmore, with the third round in Galway on Bank Holiday Monday. 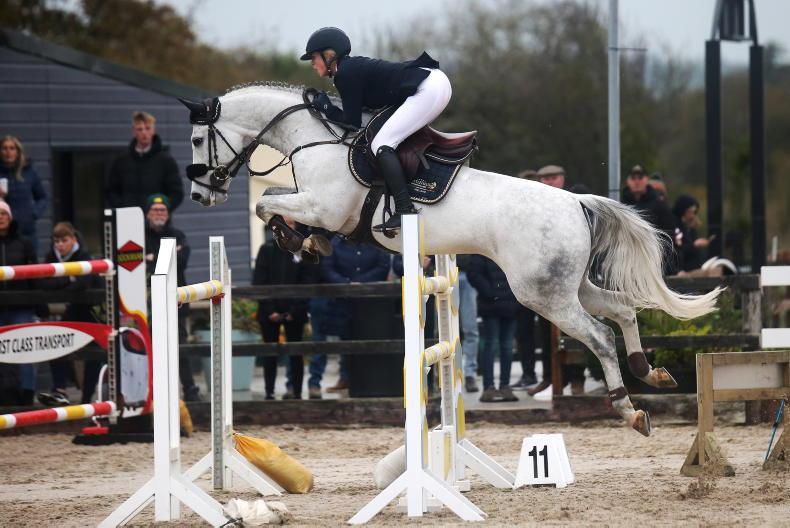 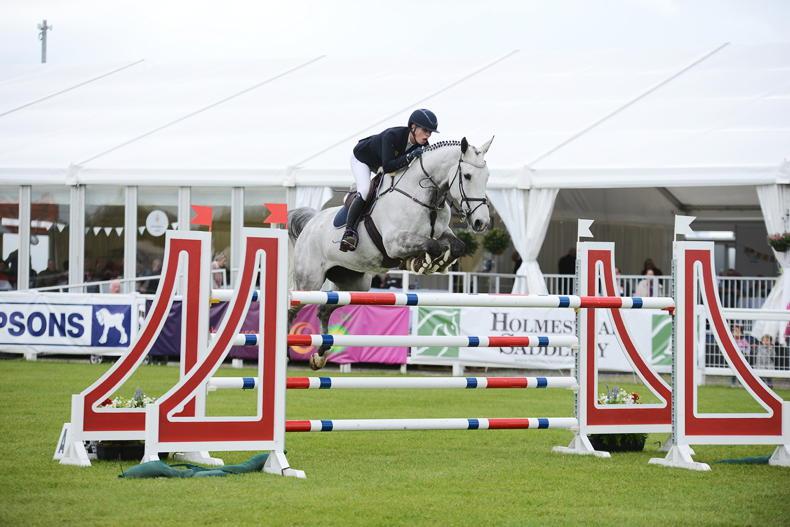 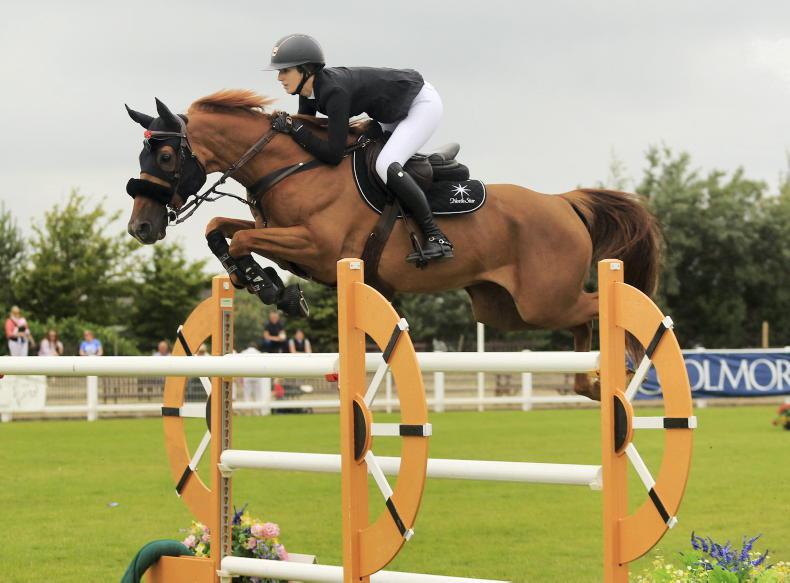 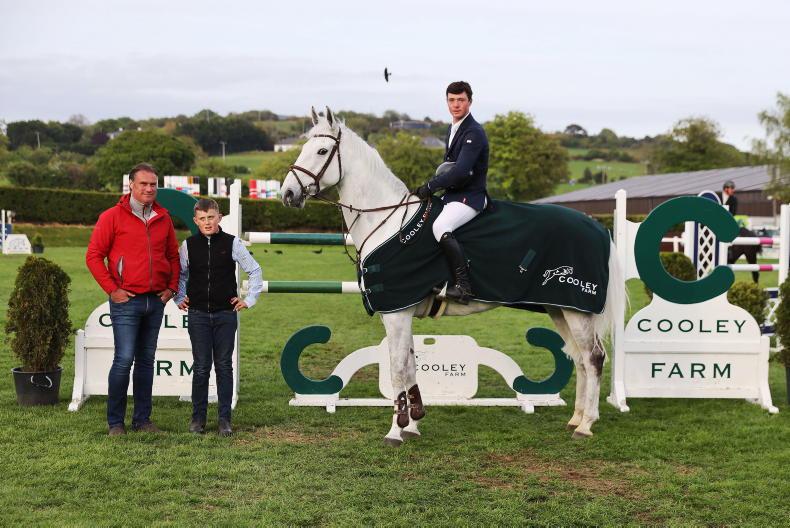