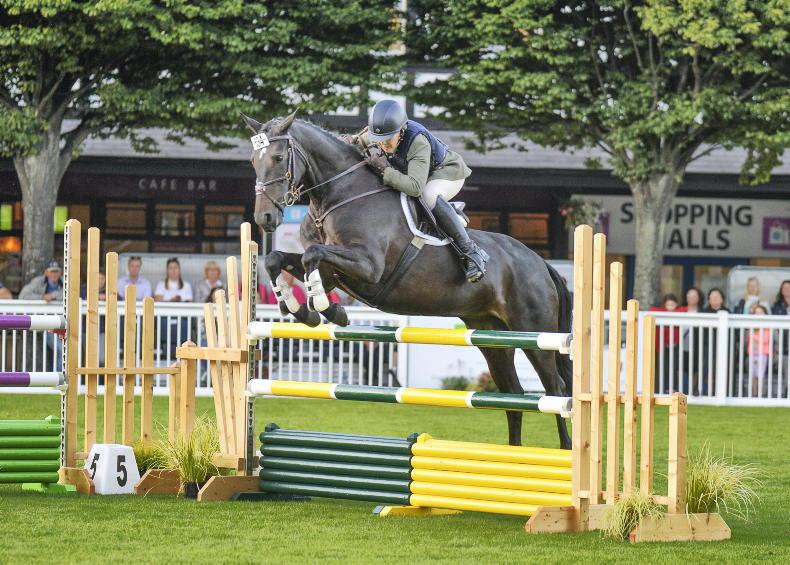 AMATEUR riders were out in force in the Munster Amateur Indoor Show 2022 at Ennis Showgrounds, with over 150 entries recorded over the two days of competition.

The first class of the weekend was the Racefield Dental (Noelle Cobbe) and NutriScience-sponsored Welcome stakes. Claiming victory in the AA division was Aisling Tonery and Ti Amo Darcy, clear in 38.45. Taking the runner-up spot in this division was Lorna Conroy and Clontarf Annabella who took a more careful approach and clocked 41.14. Slotting into third was Pamela Jackman and Sir Lance who also maintained a clean sheet in 42.47. Winner of the A section was Eddie Enright and Quickstep Commander, when he kept all the poles in place in a time of 42.47. Slotting into second place was Aaron Geoghegan and El Chapo, clear in 46.39, ahead of Caoimhe Delaney and Daring To Dream, clear in 49.18.

The next class was the TopSpec/VetSpec One Round Speed which went down to the wire. Leading the victory lap was Heather Aherne and Comeraghs Joker when they answered all the questions in 40.66. Opting for the safer options paid off for Aideen Kirby as she also kept the poles in place aboard Derg Masterpiece in 48.12 for second place. Less than a second behind was Noelle Cobbe and ONC Eleanor in 48.96 for third place, ahead of Marita Byrne and Don Brook who came home clear in 49.97. Eddie Enright was back in the line-up, taking fifth place with Quickstep Commander, while Denise Jackman and Great Balls of Fire completed the top six, clear in 51.99.

The Packhorse Derby put riders through their paces over a mix of showjumping and cross-country fences. Denise Jackman wasted no time in this class as she partnered her own Great Balls of Fire to be fastest of the eight who made it through to the jump-off in a time of 50.83. Maire Donohue and Cobra Goddess opted for the longer routes and they also came home clear, but in a slower time of 60.54 for second. Derrick Burke accounted for third place with Tureda Chip when he was fastest of the four-faulters in 51.29. Lorna Conroy also had one on the floor with Clontarf Annabella, in 51.40 eventual fourth, while Edwina O’Connor came home with four faults aboard Ashwood Reggie, four faults in 52.27. Heather Ahearne finished on eight faults with Comeraghs Joker in 49.58 for sixth place.

The second day of competition kicked off with the Mackey Ireland Power and Speed. Eddie Enright, who was in flying form, racked up another win when he partnered Quickstep Commander, clear in 34.70.

Derrick Burke also returned to the line-up, this time taking second place with Tyreda Chip, clear in 35.42. Aideen Kirby added to her record when she partnered Derg Masterpiece to a clear in 35.80 for third place, while in fourth was Aaron Geoghegan and El Chapo, clear in 36.32. Noelle Cobbe was just fractions behind with ONC Eleanor, in 36.38 for fifth, while in sixth was Jacinta Walsh and Mermus Surprise, clear in 36.84.

Sunday’s Grand Prix was hotly contested. Following a consistent performance over the course of the show, Aideen Kirby took the win with Derg Masterpiece, when she put in a very fast clear in 40.88. Caroline Ryan and Failte Iroko came home with nothing to add in 41.34 for second, ahead of Lorraine Younge and Belfield Flight, clear in 41.57. Caroline Ryan and Via Butterfly Flip maintained a clean sheet in 41.74 for fourth, as did Gary Flynn and Argento Cruise, clear in 43.32. Sixth place belonged to Denise Jackman and Great Balls of Fire, who were also clear, albeit in 43.63.

The Munster SJ 90cm Sportsmembers Qualifier was the last class of the weekend. The Kirby sisters, following on from their mum’s success in the Grand Prix, jumped two fabulous double clears to secure their spots in the final at Killossery. Taking the win was Aoife Kirby and Silverglen Wishing Well, clear in 30.23. The runner-up spot was filled by Katie Frazer and Keylogues Clover Lady, clear in 32.21, ahead of Sorcha Kirby and Derg Treasure, clear in 32.24.

After their very successful wins and placings all weekend, Eddie Enright (A) and Aideen Kirby (AA) took home fabulous Horse First Hampers as well as the coveted leading rider sashes.

After show jumping lost a good friend and judge in Ivan McDonogh just a few short weeks ago, the show was honoured to have his daughter Liza in attendance to present the prizes. For the second in a row, Eddie Enright won this popular league. 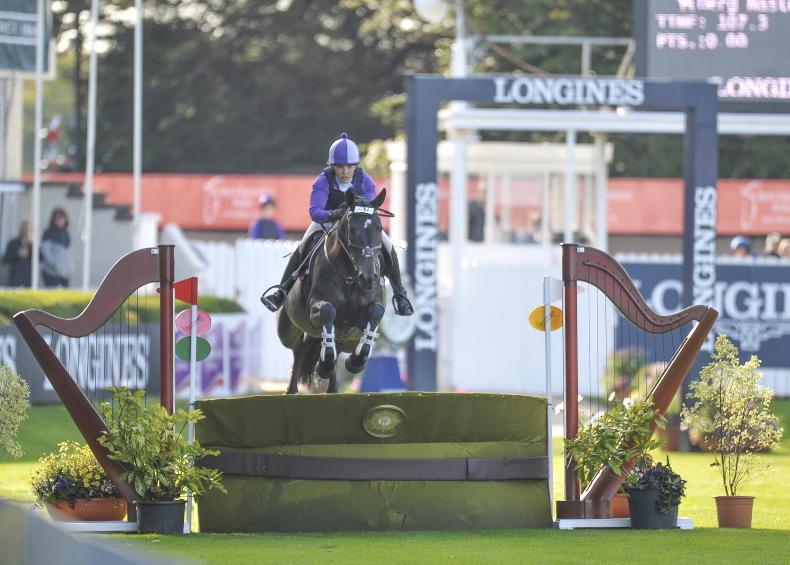 RDS NATIONAL CHAMPIONSHIPS: Hot competition among amateurs for glory
The amateurs division is always hotly contested and the RDS National Championships brings forward a mix of new and experienced combinations 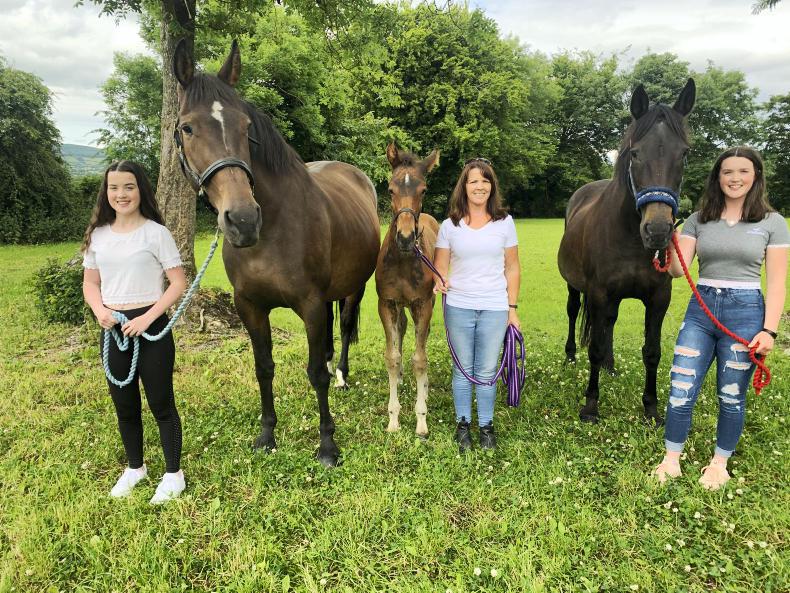 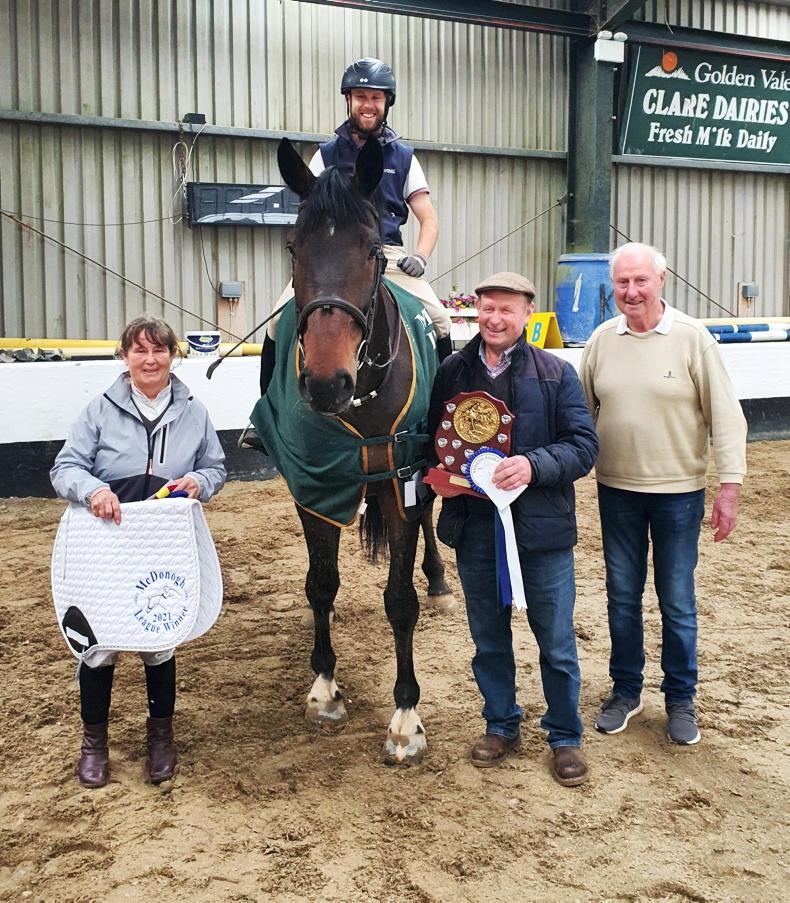 AROUND THE COUNTRY: Enright triumphs in Grand Prix
There were over 100 entries at the popular Munster Amateur Indoor Show held at Clare Showgrounds last weekend where Edward Enright won the Grand Prix 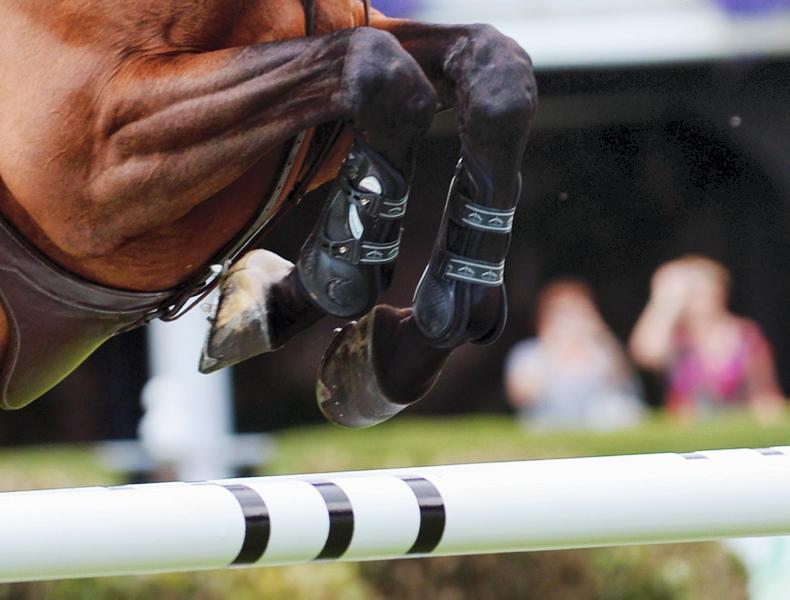