Just one final step...
You must confirm your email address by clicking on the link we’ve sent to your email address.
You are only one short step away from reading 5 free Field+ articles.
SHOW JUMPING: Golden Drum win for Lynch

A YEAR after finishing as runner-up to Irish teammate Billy Twomey in the “Golden Drum of Basel” in Switzerland, Tipperary’s Denis Lynch got his hands on the prestigious trophy tonight (Saturday) after an outstanding performance in the five-star contest saw him take victory aboard Onyx Consulting's13-year-old gelding Cristello, to take home just over €17,300.

Lynch was in superb form coming into the competition, having taken a runner-up finish on Friday in the Longines Grand Prix of Basel with GC Chopin’s Bushi. He went one better in tonight’s competition, and after an 11-horse jump-off, Lynch finished almost two seconds clear of Austrian runner-up Max Kühner and Alfa Jordan, while Bryan Balsiger (SUI) filled third spot on the podium with Jenkins ter Doorn. Co Louth’s Mark McAuley also made it into the jump-off with Miebello, but two fences down against the clock saw them finish just outside the top 10.

Basel will host the latest round of the Longines FEI World Cup series on Sunday, with Denis Lynch and Mark McAuley among the 40 starters. 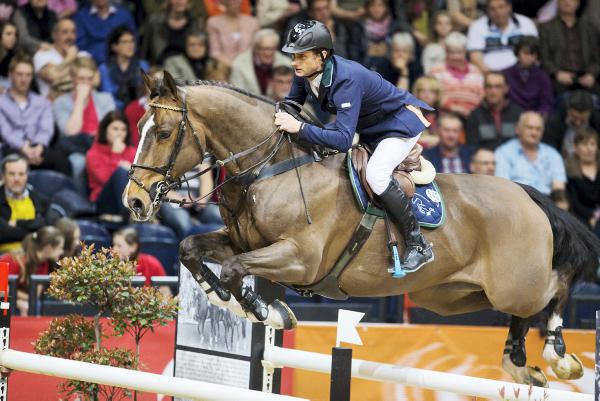